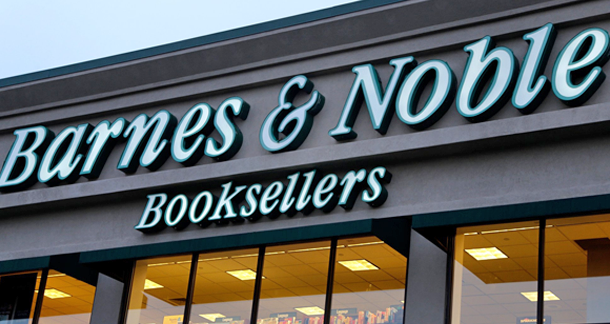 The rumors have been making the rounds that Barnes & Noble might be getting out of bricks and mortar — and we had some confirmation today when Chief Executive Mitchell Klipper told the Wall Street Journal the company plans to close hundreds of stores over the next ten years.

I’d say this is hardly a surprise, as revenues were down over the holidays and their Nook line lost money (although they still made $317 million, which kinda offsets that). It was also rumored the Nook was going to be spun off into its own company, but that hasn’t happened yet.

Barnes and Noble averaged 15 closures a year for the last decade, but they also opened more than 30 stores a year since 2003. Last year, they closed 14 stores and didn’t open any. This year, they've already closed their Manhattan store on 8th Street.

But there are signs they’ll keep a certain number of stores, based on what Mitchell told the Wall Street Journal.

Barnes & Noble has 442 leases up for renewal by April 30, 2016, representing substantially more than half of its stores. Mr. Klipper said he expects many will be renewed: 'Why close them if they are making money?'

It’s not clear where Barnes & Noble goes from here (although it seems they think smaller is better). I don’t know about you, but maybe it’ll help them in the long run — what do you think?

This is truly sad news.  I work at Barnes & Noble during the Christmas holidays and really hate this for the managers and long time employees.  I hope things change and Barnes & Noble can keep as many stores going as possible.

Everything is going digital and up to the cloud and there won't be any real owners. The corporations will own everything and take it from us whenever they please. Kind of.

This makes me horribly sad, but... Can I look at the silver lining for a moment? If they liquidate the stores, I'll be able to better stock my classroom library.