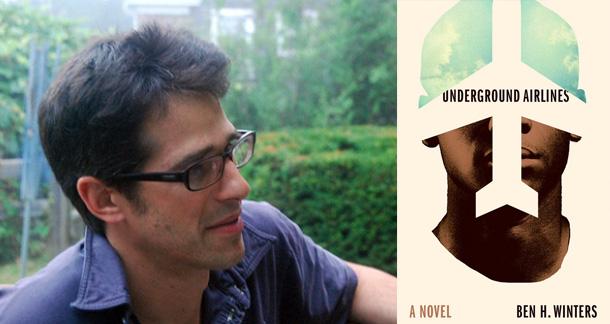 You know that feeling, when a book knocks your socks off so thoroughly, and you struggle with how to describe it, because you don't want to appear overly effusive, but you can't figure out any other way to talk about it?

That's where I am with Underground Airlines.

It's excellent—both completely thrilling and incredibly smart, shining a bright light on a controversial subject without ever being pedantic.

Underground Airlines by Ben H. Winters, author of the also-excellent Last Policeman series, posits a world in which slavery is still legal in four American states. And it's a deeper cut than just: Slavery and racism are bad. It presents a conflicted world, of economic sanctions and enablers, of gray areas and complicated characters. Like Victor, the narrator.

I want to tell you more about this book, but truthfully, a lot of the joy comes in discovery. The first chapter is a bit of a slow burn, and you think you're getting one thing, and it turns into something else, and there you go, with the socks getting knocked off.

So, yeah, I liked this book a lot. A lot. The year is only just half over and I can tell you with confidence it's going to be on my personal 'best-of-the-year' list.

The book raised a couple of interesting questions, from the potential for controversy, to how Ben walks the line of writing a thriller with a lesson on race just under the surface. So I asked Ben to weigh in.

Was there a specific incident that inspired this? Or were you looking at the bigger picture of race relations in the United States? What was the nexus point?

Unfortunately, there were a lot of specific incidents that inspired this. Slavery is part of our nation's history, but the legacy of slavery is a part of our nation's present: in unequal arrest rates, unequal incarceration rates, in housing discrimination and banking discrimination and employment discrimination and discrimination in education. But starting with the shooting of Trayvon Martin in 2012 there was a revived "national conversation" happening specifically around official or quasi-official violence toward African Americans. (Although we have to recognize that the conversation is always going on about these injustices in the affected communities. It just becomes a "national conversation" when the rest of us are moved to pay attention for a minute). I was thinking about how unwilling we are, as a country, to recognize the evil of slavery as it specifically relates to present-day systemic racism.

In the writing of this book, were you worried about courting controversy? Was there ever a point where you felt like you needed to pull back—or alternately, push yourself forward?

I recognize that I am a white man writing a book that is not only about "black issues" but is told in the first person by an African American character. There's a long history of white artists appropriating black voices and black stories. But I had to trust myself as an artist and as a human being, and hope that when people read the finished product they recognize that I'm not using the historical horror of slavery as some kind of clever backdrop for a page-turner, but rather the opposite: I'm using my genre as a means for engaging with the linked horrors of slavery and contemporary racism. And I am doing it for the specific reason that racism and inequality remain, a century and a half after the Civil War, the most urgent problem in American life.

I approached my subject matter with as much humility and knowledge as I could. If there is controversy (and so far there's been more people asking me if I fear controversy than actual controversy) I'll respond to it as honestly and clearly as I can.

There's a lot of very smart analysis of how other states and other countries react to the states that still allow slavery—how do you research a book like this?

One thing I learned while writing the Last Policeman series was how important the research is. Fiction that takes place in an alternate or altered history can't feel like make-believe—it has to be deeply grounded in the details of actual reality. For Underground Airlines I read a lot of books and articles about the political economy of slavery, the history of the Fugitive Slave Law, and the line of Supreme Court cases that reconciled state anti-slavery law with federal pro-slavery law. I read about the economic relationship between free and slave states in the decades before the Civil War—there is an excellent book called Complicity, for example, all about how fortunes were made, and the economic foundations of states like New York and Rhode Island were built by money that flowed north from the plantations.

So what we fiction nerds call "world-building" was a matter of translating all of this actual history into imagined history: what would a post-Dred Scott jurisprudence look like if the 14th Amendment had never existed? How would the Fugitive Slave Law be enforced in the age of database software and tracking technologies? How long would America last in the United Nations in the face of condemnation from the global community?

That list of books and articles offers some great insight into your process. I'm curious—and I'm sure a lot of our readers would be too—do you outline heavily? In terms of modern crime/mystery/etc. writers, one of the things that always impressed me about the Last Policeman books, and which carried over here, was how deliberate they feel. One clue leads to the next leads to the next, in a very believable and grounded way. Do you have to set the framework up first, or does it come to you as you write?

Thank you, first of all. I'm glad to hear that the books feel as cohesive and deliberate as they do, and I wish I could say that they're cohesive and deliberate in the writing. But I have long since resigned myself to the fact that my process is actually quite messy: I write a bunch, and then I try to make an outline to corral what I've written and project it out to the end of the book, and then I write a bunch more and the outline goes out the window. I'm always opening new documents to try something out, and writing stuff I subsequently hate and delete, or like and then save somewhere I can't find. Over the course of writing a book I create like a dozen different outlines, none of which ever ends up corresponding with the finished book. It is, as the kids say, a hot mess.

But that's Okay. It has to be. Here's one way I talk about it when I'm teaching: you as a writer are actually two writers. You are the Creative Type, the inspired artist and mad creator, leaning and loafing Whitmanesque under a tree, letting the muse sing through you; and then also you are the Project Manager, diligent and organized, trying to keep the other person organized and on target. So half the time (if you're lucky) you are free-forming, making discoveries, jamming out pages, shouting "a-ha" and thinking so fast you can't type quickly enough to keep up—and the other half of the time you are thinking logically, putting pieces together, going "OK, so, this Creative Type in a flash of inspiration put a shiny new lock on the door of the old community center…now what does that mean?" The Project Manager comes up with a good satisfying answer to that question and decides where in the outline the revelation will come, and then the Creative Type comes back in and starts singing again.

When you talk about using the tools of genre to address a big issue—how do you strike the balance, between making your point and entertaining the reader?

Oh the goal is always to be entertaining, to have exciting plot twists and an engaging narrative voice. The warning lights go off when I find myself being too lecturing or too on-the-nose.

There's a distinction between what the book is about and what the story is about. The book is about systematic racism and the legacy of slavery, but the story is about this one particular man, Victor, who is working under duress for the Marshal Service, following clues and navigating obstacles to complete a mission. That's what I want readers to be engaged with; I don't want anyone reading this going "my goodness, what an interesting point Winters is making here." I want you turning the pages in a fever of worry for Victor, rooting for his mission and his soul, and all the big ideas I'm bringing up are there, but not in the forefront of your mind. They're churning in the gut.

The book has a solid endpoint, though it feels like there could be more room to explore. Is this a start of a series, or a standalone. Either way—what's next?

Underground Airlines was written as a standalone. Never say never, of course, and I think I would have a hard time writing another novel about this character in this world.

I have a couple TV projects in the works, and I'm working on a new novel, which is this sort of melancholy, magical realism legal thriller. Well, so far it is—we'll see what it is when I'm done.

Yoink! Picked it up. Thanks for letting me kow this exists. I'm not too in the know.

Dino Parenti from Los Angeles is reading Everything He Gets His Hands On July 9, 2016 - 7:35am

Good interview! Just grabbed this the other day after finishing The Last Policeman series this past Christmas. Looking forward to it. 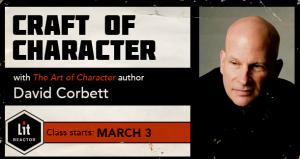