Nik Korpon and I were two of the five stories that won the Punchnel's Hard Boiled-Down Noir Fiction Contest. Winners are invited to read with Frank Bill next Friday in Indy. I'm going to try to make it.

As for my whoring, a new episode of The Velvet Podcast went live last night.

EPISODE 018: DOES BEING A WRITER MAKE READING UNBEARABLE?

Caleb J. Ross and Pablo D’Stair discuss a recent tweet sent from @calebjross that speaks to the problem of authors and their reading habits, particularly about how being a writer tends to lessen the enjoyment of reading. Of course, part of the enjoyment that writers get from reading comes from the dissective act of reading, but what about when we just want to enjoy a damn story? Is it possible for a writer to be a passive reader?

Sound fun? Yes, is the answer. Have a listen here: http://www.thevelvetpodcast.com/audio/episode-018-does-being-a-writer-make-reading-unbearable/

The Booked podcast Episode #62 features a very cool review of my new collection WE LIVE INSIDE YOU. 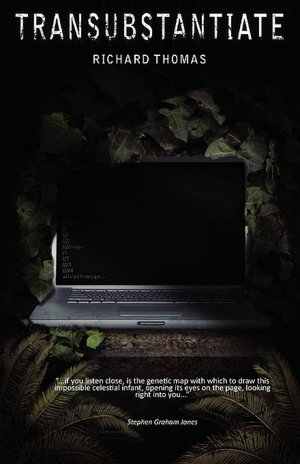 My debut novel, [I]Transubstantiate[/I] is FREE at Amazon for one day only—TODAY! So if you have a Kindle, head over there right now if you want to pick up this neo-noir, speculative thriller. This offer will probably never happen again.

What are other people saying? Here are some blurbs:

“Transubstantiate is, is — it’s a visual: that 2001 baby opening its eyes in the monolith, but the monolith is shrouded in this story of loss and hope and identity, and encoded in the cadence of that story, if you listen close, is the genetic map with which to draw this impossible celestial infant, opening its eyes on the page, looking right into you.”
—Stephen Graham Jones
All The Beautiful Sinners, Bleed Into Me: A Book of Stories,  Ledfeather, The Ones That Got Away

“Transubstantiate is an intricately-woven dystopian thriller, with every thread pulled tight. This is a solid debut from Richard Thomas.”
—Craig Clevenger
The Contortionist’s Handbook, Dermaphoria

“Richard Thomas’s Transubstantiate constructs a collection of voices that reveals a disturbing futuristic vision of terror and beauty. The novel’s island paradise, its imprisoned inhabitants, and the digital presence that works to control them, merge with ancient forces of rite and belief to create a surreal and devastating collage. This is a work that captures a world we almost know, its realities enough to raise an uneasy sense of potentiality.”
—Karen Brown
Pins and Needles, The Best American Short Stories 2008 (contributor)

^Transubstantiate is currently ranked #24 in mystery/thrillers and #168 overall. Pick it up while you still can. This FREE offer will expire very today.

I got the free book, thanks!

My winning entry in the Punchnel's fiction contest, "Jimmy Five Ways" is now live. Hope you enjoy it. The rest will be up this week, including Nik Korpon's story.

Come on guys, we can't let Richard dominate this board ALL the time. Start sending out those stories. Haha..

I'm doing stuff.  Can't talk about it until it goes official.

My review of Damascus by Joshua Mohr is now live at The Nervous Breakdown. Shades of Bukowski and Barfly. Check out the review for all of the details. I read with Josh at a recent event in Chicago and he's one hell of a nice guy.

Oh wait, I got something.  I'm going to be judging Literary Death Match here in KC on Feb. 28th at the Firefly Lounge.  They're trying to get Paul Rudd to judge too but I don't think that's going to happen.

Regardless, it's going to be a fun and drunken night of literature.

I'm doing my first live reading at a winery on the 23rd. I'm doing it to promote the Psychosis antho. and I'm going to be reading "Jump." I have a few poets opening for me and a guy with a series of published fantasy books. I'm not sure what his name is oddly enough but my promoter talks to these people.

^sweet! congrats. just have fun and don't worry about anything.

Well, just to let everyone know, at the end of the month I will be doing my first article for litreactor that if successful will become a regular column so when it comes close to publication, I will whore it some more. I just need everyone's support and feedback in order for it to become a regular column. It will be about women writers who defy stereotypes in their writing style.

Thanks for the heads up. Will be looking out for your column. Sounds interesting, too. Looking forward to it.

I did an album review for Phil's band Paris and The Hiltons.
http://laurancekitts.com/2012/01/31/paris-and-the-hiltons-album-review/

Also, beside my crap I post on there occasionally, I am now accepting things from other people, such as poetry, flash fiction, short stories, and paintings. It's early in testing out, but I plan to feature interviews with both musicians and authors, along with book and album reviews. Any member of LitReactor is welcome.

Well, I'm not special enough to be published and award-winning like half the people on this thread, but I did write a damn good short story today. And I would like to share it with you all. (And I do take donations via paypal, so you could conceivably "pay me" for my work.) -nods blankly-

That is very good, you paint a good picture.
Thanks for subscribing by the way.

Looks like I'm having a national book launch at a big chain... fuck yeah. Bring on the booze and the kiddy touching...

Congrats Johnny! I expect a signed book soon when Cocksickle is released.

Where's out book deals and invites to parties and groupies Jonny?

@Laurance Kitts- Thanks for stopping by! =)

Here is a short of mine that was published recently, titled "Words." If you get have a few spare minutes, I appreciate the views. Try to catch Brandon and his #1 most viewed story of all time on there...

Also, my first novel is being dissected and edited by vultars as we speak. Hopefully, once they're done, there will still be a small fragment of me in there...Scheduled for release sometime next month. Titled: Memoirs of a Violent Sleeper: a Bedtime Story

Great way to promote to similar writers/readers...LitReactor...the limits are boundless.

Good job, Red Fez is a good one. I'm waiting for a response from them.

We just went live with Part 2 of W.P. Johnson's "The Last Round" at Solarcide.

Part 3 will follow in just a couple of short weeks. You can check out Part 2 in the meantime right HERE.

Jessica_Currie from Australia is reading all the Cliff Hardy novels, again February 11, 2012 - 9:02pm

I've recently published a children's picture e-book over at Lulu - shortly to be in the iBookstore. Head over to http://www.lulu.com/product/ebook/silly-billy-panda-bear/18838312 and check it out! (Only $2.99!).

Words on all smartphones and iPad (and looks best on iPad).

My short story "Blackbird" from the Clevenger intensive is now up on http://laurancekitts.com/

I also got a short story accepted by Punchnel's.

I write songs too, and a song I co-wrote with my brother is being used in this week's episode of One Tree Hill.

One Tree Hill????  Oh well, that's the one nice thing the CW does is give unknown artists a chance.  Otherwise all their shows are about stupid beautiful people.

What's the CW Danny? I don't even own a television so I'm a little out the loop.

It's the TV station "One Tree Hill" is on.  They run a lot of television for teenagers that is sometimes painful to watch but they do give chances to up and coming musical artists.

Here's a cool, short interview (courtesy of Jay Slayton-Joslin ) with BY THE TIME WE LEAVE HERE, WE'LL BE FRIENDS author J. David Osborne. 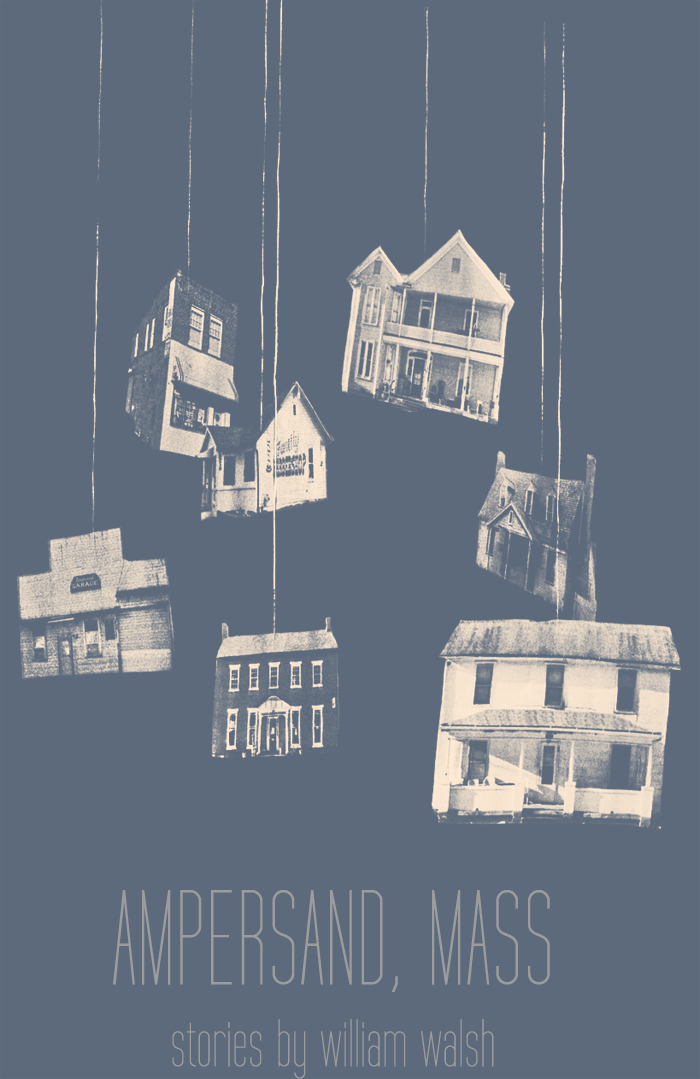 My review of Ampersand, Mass by William Walsh is now live at The Nervous Breakdown. Excellent collection of stories.

Yes, I'm officially whoring! Pls Check out the youtubes for my book "LIAR"!

Jessica_Currie from Australia is reading all the Cliff Hardy novels, again February 14, 2012 - 4:02am

My new children's book now in the iTunes store! http://itunes.apple.com/us/book/silly-billy-panda-bear/id497518482?mt=11

Feb. 28th I'll be in the judges panel of Literary Death Match at the Firefly Lounge in KC.

sweet. have a great time, Brandon. you luring Caleb and Gordon out?

I will but can't make any promises they'll actually show.  It's a long drive from Overland Park to Westport, especially if you've got ten beers in you.

I just got my first ever rejection email. :) I feel like a real person now.

@Jonny that was a great interview, a lot of food for thought about the publishing business.

Andrez Bergen from Melbourne, Australia + Tokyo, Japan is reading 'The Spirit' by Will Eisner February 15, 2012 - 3:10pm

Going to check out your story now.

Andrez Bergen from Melbourne, Australia + Tokyo, Japan is reading 'The Spirit' by Will Eisner February 15, 2012 - 3:15pm

BTW, the lads @ Booked Podcast in the US just did a 28-minute analysts/review of my novel Tobacco-Stained Mountain Goat.