Good for you. Free will always get some downloads, and who knows where word-of-mouth can go from there.

Me, I just started a Goodreads giveaway for three paperbacks of my shorts collection.

Dwayne from Cincinnati, Ohio (suburbs) is reading books that rotate to often to keep this updated November 28, 2013 - 1:51pm

I just bought your book, and I look forward to reading it.

I'm giving away my first book Tobacco-Stained Mountain Goat (2011) for the next couple of weeks — anyone interested can go grab the Kindle/iPad/PDF versions here. 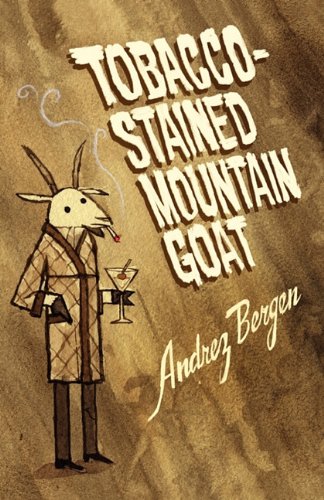 While I'm on a freebie kick for TSMG, think I'll toss this next book out there too — also gratis — since it's pretty self-indulgent.

This was a tome I cobbled together in 2011 mostly as a prezzie for the crew @ Another Sky Press (my publishers) to say thanks and give 'em a bit of deeper background info on the novel's development & influences.
Anyway, most of this stuff is obvious but there're lots of pretty pictures of people like Bogart & Bacall.
Anyone vaguely interested can nab the PDF.