Oct 26 : The Character of Plot with David Corbett
Nov 2 : The Architecture of Fiction with Nick Mamatas
Nov 9 : Write What You Fear with Gemma Files
Nov 16 : Grammar 102 with Taylor Houston
Nov 18 : The Choreography of Violence with John Skipp
Nov 23 : The Source Code of Storytelling with Rob Hart
Dec 2 : Reclaiming Archetypes in Witch Lit with Stephanie M. Wytovich
Dec 7 : Splash Page with Alex Segura
Jan 3 : Short Story Mechanics with Richard Thomas
Jan 11 : Write Your Way Out of a Rut with Arya Samuelson 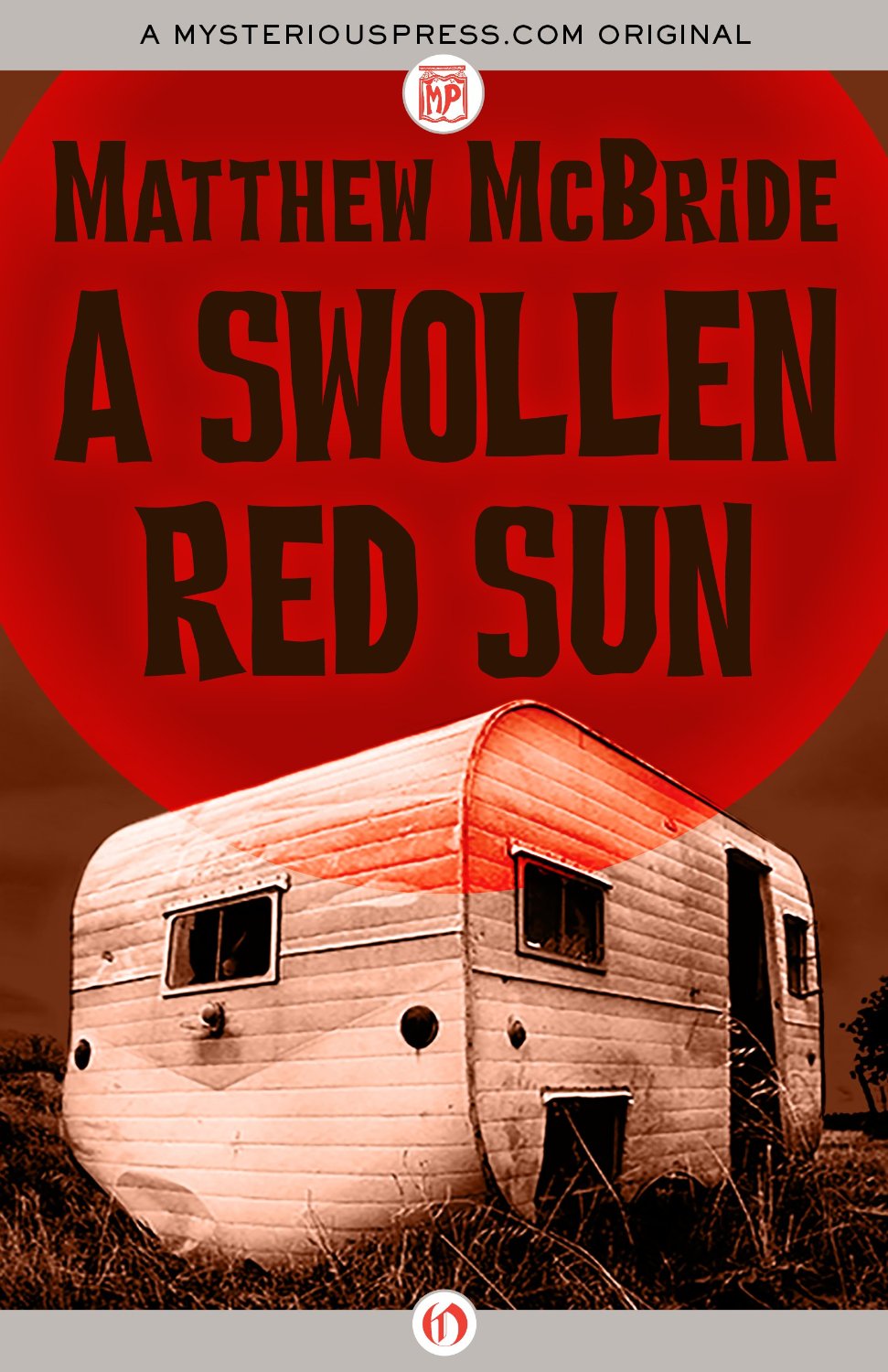 Synopsis: In Gasconade County, Missouri—once called the meth capital of the world—Deputy Sherriff Dale Banks discovers $52,000 hidden in the broken-down trailer that Jerry Dean Skaggs uses for cooking crystal. And he takes it. Banks knows what he did was wrong, but he did it for all the right reasons. At least, he thinks so. But for every wrong, there is a consequence.

Jerry Dean can’t afford to lose that $52,000—he owes it to his partners and to a crooked cop. He also can’t afford to disappoint the crazed and fearsome Reverend Butch Pogue, who is expecting Jerry Dean to deliver the chemicals the reverend needs for his next batch of meth. To avoid the holy man’s wrath, Jerry Dean sets in motion a series of events that will threaten Banks’s family, his life, and everything he thinks he knows about the world.

Author: Matthew McBride is a former assembly-line worker living in rural Missouri. In his words, “These people are the people I know and see every day, and this is the world I know.” He is also the author of the cult hit Frank Sinatra in a Blender. His short stories have been published in places like THUGLIT, Needle: A Magazine of Noir, and the Noir At The Bar anthologies I and II.

I remember when Frank Sinatra in a Blender came out and all of my friends were raving about it. I wanted to check out that book, but kept getting side-tracked. I loved the shorts I read by Matthew, so I knew I was going to love something novel length by him. And now with this one, this is right up my alley. Modern crime is one of my favorite genres. And I'm pretty sure a lot of you guys love it too. Should make for a good discussion.

Great choice. I read this on submission (and just got a signed copy from Matt) and I think people will really dig it.

Class Director
Rob from New York City is reading at a fast enough pace it would be cumbersome to update this August 1, 2014 - 8:12am

So... who's ready to talk some McBride?

From the business end of things, this is the first book I acquired at Mysterious Press--and it's selling well enough to convince my boss I know what I'm doing! So that's fun.

But also, it's a huge honor that this is my first acquisition, because it such an amazing book.

Agreed. And I loved the way it was still a McBride book, but markedly differnt from FSiaB, from tone and theme down to sentence construction.

For anyone who has read some of Matt's other work, what did you think of this book after you read those? What were you expecting? Did this live up, exceed, fall short of the previous stuff?

Is Matt chiming in? If so, was this tangentially related to the TARHOLE story? I haven't seen that one for a while but they occupy the same space in my head.

Class Director
Rob from New York City is reading at a fast enough pace it would be cumbersome to update this August 12, 2014 - 6:51am

I don't know if Matt is chiming in, though I'll ask him.

Also, too, since this is my first acquisition for MysteriousPress.com, let me know if anyone out there has any questions--from actually signing the book, to editorial, to putting together some of the marketing. We're a pretty small operation so I oversaw most of the process. I have for a lot of the front list titles we've published, but this was the first one that felt like my baby.

Which, granted, it's Matt's baby. Maybe it's my nephew? I'm the drunk uncle who gives it advice and makes sure it gets home okay?

Enjoyed the hell out of, and was seriously disturbed by, this book. Good stuff.

In a similar vein is PECKERWOOD by Jedidiah Ayers.

I'll have to check out FRANK SINATRA IN A BLENDER.

I'm about halfway through. It's good so far, tight pacing, though it's weird that it doesn't seem to have chapters, but then I'm reading it on a Kindle, so maybe that's why. Anyway, I should be done by the end of the week, then I'll have some comments/questions for sure.

Class Director
Rob from New York City is reading at a fast enough pace it would be cumbersome to update this August 15, 2014 - 11:09am

Matt specifically didn't want chapter heads--he preferred doing a lot of breaks instead--thought it would pull people through the story faster. I'm inclined to agree, though that's up the individual reader.

And Joshua--FRANK is very different, but fantastic. Very pulpy, very funny. Though, both books maintain Matt's dark sense of humor.

Chipped Gears from New Jersey is reading the charges against them August 17, 2014 - 4:29pm

I loved FSinaB. I read it at a time when we (my writing partner & I) were trying to figure out how dark our story could be and still have humor. Well, Frank blew that question wide open from page one. So we've been waiting for Matt's second novel. Here I must echo Rob's comment above, the two are very different. Matt's style seems to have matured markedly over Frank. The settings are far more vivid than I recall from Frank. The characters have more depth. And the read is very compelling. I didn't even notice the lack of chapters until it was mentioned above. Being an East Coast person my whole life, I feel like I got a very real glimpse into the dark side of the otherwise stereotypically wholesome image we have of the mid-west.

All in all I'd say a very strong showing from Matt.

I was thrown off by the no chapters thing too. But I do find that when a book just has breaks, it does kind of make everything seem faster. And with so many characters and so much going on, it is a story you should probably read a little faster. I kept taking breaks and I would forget who people were.

But I really did enjoy the story. I'll be reading more by McBride for sure.

That's funny, I didn't notice the no-chapter thing until you guys said it. Though I read it on submission, using my phone, so that might've played into it. Rob, was there much editing before the release? I'm curious how tight the initial MS comes in.

Class Director
Rob from New York City is reading at a fast enough pace it would be cumbersome to update this August 21, 2014 - 11:20am

Matt didn't require a lot of editing at all. We mostly tightened sentences and scenes, and maybe a few instances of making sure everything in the story agreed with everything else. But Matt really worked it over before he submitted it.

There was one specific thing I made him fix--in the first hundred pages, I counted six or seven really brilliant descriptions of the sun. They were all great, but there were too many of them. So I had him take out a few. Though I left it up to him which ones to excise.

Otherwise, dude was great to work with. We fell into a good rhythm right off--he was able to see where I was coming from, even if he didn't agree. And he didn't take every suggestion I made, though I didn't expect him to.

We did address the chapter thing--but he was passionate about keeping it that way and I'm happy to bow to the author on certain stylistic choices.

Interesting fact: I work with a mix of older and newer authors, and a lot of the older authors will submit manuscripts that need a lot of work, reformatting, etc. The newer authors tend to send stuff in that's as tight as a drum. There's a very clear divide.

Now that you mention it, there were some really good descriptions of the sun.

Damn fine novel. The very last section, unpredictable yet logical, honestly didn't see it coming, skillful misdirection and so poetic. The no chapter breaks slightly bugged me, but once you get into the thick of it, a chapter break would have ruined the flow, so very good call on all fronts for that little trick. Loved it, and even better, inspired by it. Good job.