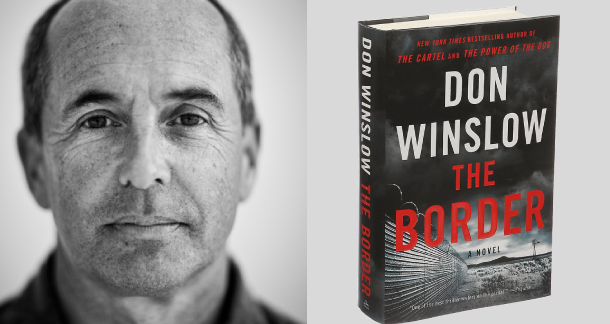 I think good writers create amazing books, but great writers create entire universes. In horror we like to call that the _______ mythos. Sure, H.P. Lovecraft is the classic example, but a few contemporary masters like Paul Tremblay, Brian Keene, and Laid Barron also have their own mythos. When it comes to crime fiction, one of the first names that pops into my head when having this conversation is Don Winslow. We can debate which books have sold more copies or which obviously required more research, but something I hope we can all agree on is that every Winslow book has been an outstanding addition to an oeuvre that already makes him one of the most relevant voices in crime fiction...and he's far from done.

To enter the universe of Don Winslow is a surefire way to get some fast-paced, top-notch entertainment for any reader, but it's also a great way to learn a thing or six in the case of writers. After reading many of his books, I'd like to invite you to delve into his work as a writer and take notes. Here's some of the stuff you should be looking for, which surely won't require much effort because these elements will jump right out at you. 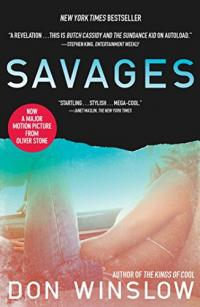 This is something Winslow clearly understands. You can read one of his short novels or one of his series and you will find the same thing: superb pacing. Descriptions are short, dialogue is snappy (more about this later!), and every word on the page serves to propel the narrative forward. A perfect example is Savages, which moves at breakneck speed at all times. Winslow knows he's competing with every other book out there as well as family, work, naps, and Netflix. He writes pages that make it impossible not to read the one that follows. That, my friends, is something we should all aim for.

Violence is a powerful tool

When you dig into a Winslow novel, you know there will be violence. Sure, many crime fiction writers use violence as one of the main elements of their work, but Winslow does it with the same care that horror masters do, because he knows violence without empathy is useless. He builds situations in which violence is not necessarily shocking; it's horrifying. When the bullets fly in a Winslow novel, you care about what happens to those in their path (in most cases), and that helps the violence burrow under your skin and stay there.

Dialogue should be fuel thrown into a raging fire

Here's the Winslow approach: build a situation, ramp up the tension, and then add dialogue to shoot that tension into the stratosphere. We often talk about writers like Sara Langan, Joe Lansdale, Magan Abbot, and Elmore Leonard when we talk about outstanding dialogue. Winslow deserves to be on that list. He pays attention to details, and that allows him to bring a plethora of voices to the page. It doesn't matter if it's a detective or a dealer, Winslow's characters sound legit. Always. Also, what they say matters and is never filler. This lesson is one I think we should all learn and constantly keep in mind. Few things pull readers out of narrative as quickly as useless, aimless chitchat.

Economy of language is your best friend

Get to the point and don't embellish things. Want to take a class? Here are a few lines of action from The Border:

Now Keller sees the boy and then—to the right, back toward the Washington Monument—the odd, random glint of light. Lunging for the mother and the child, Keller shoves them to the ground

Then he turns to shield Mari.

Creases his skull and whips his neck around.

Blood pours into his eyes and he literally sees red as he reaches out and pulls Marisol down.

Her cane clatters on the walkway.

Keller covers her body with his.

More bullets smack into the Wall above him.

He hears shouts and screams. Someone yells, "Active shooter!"

In a way, 'nuff said. Keep it short, powerful, and to the point. When you do, brevity serves as a magnifying glass for your words and everything hits harder.

One of my favorite things about Winslow's novels is that the amount of research he does can be seen in what ends up on the page. There are no info dumps, but he lets you know how things work. I was already a fan of the way he translates knowledge into great fiction, but reading his work on the border was still an eye-opening experience. I haven't asked him, but I can imagine the amount of research he did, and it is commendable. And the same can be said for The Force. Yeah, do your research and then show us knowledge, not facts.

Lesson learned? Now go out and get reading.

I missed out on Power of the Dog and started with The Cartel a couple of years ago. I loved it and The Border was just as good. I might go back and read the first one eventually,  https://www.applock.ooo/but like The Cartel, The Border made me feel panicky when I saw the collection of pages on the right get smaller and smaller. I didn't want it to end but couldn't help but blow through it. One of my favo https://www.7zip.vip/urite chapters was "Bad Hombres;" not sure if it was intended to provide levity from some of the heavy events, but it was too entertaining. My only criticism is that I think it wrapped up too quickly. https://scrabblewordfinder.vip/

I might go back and read the first one eventually but like The Cartel, GetLines The Border made me feel panicky when I saw the collection of pages on the right get smaller and smaller. Where am i now

Very good article, i will bookmark it. Best regards https://www.where-am-i.me/

I'm so glad I found these tips. I wanted to write a book about a man who wants to win scrabble but all the words start flying around him reminding him of all his failure in life. Do you think it's a good concept?

I can imagine the amount of research he did, and it is commendable word unscrambler

These are very powerful tips for writing. I'm an experienced author myself and can tell that this guy knows how to write myhtspace

I lost out on Control of the Dog and began a few years back with The Cartel. I loved it and it was just as nice as The Frontier. I might eventually go back and read the first one, but like The Cartel, https://michaeldadson.com/ The Border made me feel panicky as I saw the set of pages on the right getting smaller and smaller. I didn't want it to end but I just couldn't help but blow it up.One of my favo https://michaeldadson.info// urite chapters was https://www.gentlecurrentstherapy.com/michael-dadson-clinical-counsellor"Evil Hombres;" not sure whether any of the intense incidents were meant to provide levity, but it was too fun. My only critique is that I think this wrapped up too soon

I lost Power of the Dog and began a few years back with The Cartel. I was in love with it, and The Border was just as sweet. I might go back and finally read the first one, but like The Cartel, when I saw the list of pages https://bc-counsellors.org/counsellors/michael-dadson/ on the right growing smaller and smaller, The Border made me feel panicky. I didn't want it to stop, https://ecps.educ.ubc.ca/michael-dadson-final-phd-defence-cnps/ but I wasn't able to help but blow it through. "Poor Hombres" was one of my favourite urite chapters; "not certain if it was meant to provide levity from some of the heavy incidents,It was, however, too entertaining. My only critique is that it wrapped up too soon, I suppose. https://twitter.com/dadsonmichael