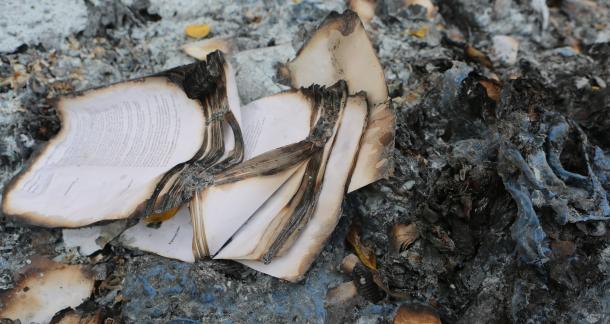 I’m going to be honest with you guys: I’m pretty dumb. In kindergarten, I once ate an entire case of Tic Tacs to impress my classmates. Five minutes later, the Tic Tacs were all over the floor, and my shoes were ruined. I haven’t been able to stand the sight of those disgusting candies since.

It’s said that we make mistakes so we can learn from them and do things the right way in the future. Of course, it’d be nice if we could all be perfect about everything on the first try, but that is rarely the case. Generally, human beings are not very intelligent. We break things. We screw things up. We don’t truly understand how much fire burns until we hold our palms above a flame.

It has been my experience that this is especially true in the writing industry. A lot of us pretend like we know what we’re doing, but in reality, we couldn’t be more clueless. We’re all playing the “fake it ‘til we make it” card, and none of us are actually making it. Whether we own up to it or not, we’re constantly making mistakes and doing our damnedest to sabotage our careers. At least I know I am, and if half the crap I see on social media is real and not my imagination like Dr. Waterman suggests, then so are you.

My first short story was published when I was seventeen. It’d originally been a science report I wrote about Creutzfeldt-Jakob disease, which I naturally turned into a zombie story. Since I was a child, my life goal has been to become a professional author. So, naturally, I decided it was time to start taking my writing seriously. I began submitting the story out to anthologies and magazines.

If you want to be a writer, be prepared to make mistakes. But also be prepared to learn from these mistakes. Analyze every action and reaction. Figure out what you’re doing wrong, and do it better the next time around.

I found a zombie-themed anthology and submitted my story. A few hours later, it was accepted. I couldn’t have been more thrilled. To receive an acceptance within less of a day from submitting? Surely I was the next Stephen King. This had to have been unheard of in the publishing industry.

Of course, it didn’t seem to matter at the time that the publisher wasn’t actually going to be paying me for my story, or even giving me a contributor copy. It didn’t click in my head that maybe, just maybe, the publisher’s sole purpose on this earth was to scam ignorant authors into buying books with their own stories in them.

And that’s exactly what happened. The anthology was released and I bought multiple copies. My family and friends bought multiple copies. The publisher received all of the profit. Meanwhile, my name was in print, collected in an unedited, sloppily formatted book that nobody outside of the authors’ family circle would ever even open.

It took me too long to discover I’d been cheated. I was the victim of a bad publisher. It was nobody’s fault but my own. I’d been too eager to see my name in print that I willingly let anybody publish it.

All of this came to me in hindsight. Since allowing the zombie anthology to print my story, I’ve gone out of my way to research every publisher before submitting to them. I keep an eye out on who my friends are submitting to and I try to warn them of other similar con artists. I’ve learned that in this industry you can’t be afraid to be vocal about publishers who aren’t treating their authors well. Otherwise, people like me submit to them. We fuel their greed.

However, even after I realized the zombie anthology had been a con job and I vowed to never allow myself to submit to any other similar type of press, I still did. There is something very dangerous about the need of authors to see their writing in print. I had promised myself to be smarter in the future, so of course I submitted my first novel to a publisher who should have triggered all of my alarms. Instead, I was blind. Someone I knew had also been published with this press, so I figured I’d be safe. A few months after sending them my novel, Toxicity, they accepted it. The happiness I felt while reading their acceptance letter felt fake, but at the time of their email, I was numb inside. I was getting nowhere in the publishing world. Nobody else seemed to want my book. So I told them yes, I’d love for them to publish it, despite the fact that I subconsciously knew I was making a mistake.

A few weeks passed and a hole began growing in my stomach. I decided to do some more research on the press to confirm my fears. The majority of their book covers screamed “self-published”. The Amazon kindle samples of their books were weak and unedited. The recent sales rankings were embarrassing, even on their new releases. These people clearly had no idea what they were doing.

For my own novel, the royalties were laughable and I was only receiving three contributor copies. And that wasn’t even the worst part: after looking over my novel for the first time in almost a year, I came to a sad realization that it wasn’t very good. What publisher would even accept this piece of crap? Of course, the answer was simple. A publisher who didn’t care about the quality of their books, just the quantity.

This press was no better than the guy who put out the zombie anthology.

I sat on this thought for a while, mostly just moping around, thinking there was nothing I could do about any of it now. I’d dug my own grave. I half-considered giving up writing altogether. It was clear that I was a screw-up and I would continue to make poor decisions. I was an idiot, pure and simple.

But then those days passed, and my depressing began to drift away. I found myself re-energized for the first time in a year. I wasn’t going to let a poor press ruin my dreams of being a published author. I emailed the publisher and asked him if he would be willing to discontinue my novel from the following year’s publication schedule. After some discussion, we parted ways, and I now had control over my mediocre book again.

The first thing I did was completely rewrite it. The second thing I did was hire an editor (LitReactor’s very own Richard Thomas) to go through it and tell me how much it sucked. After several more revisions, it wasn’t looking so bad.

I researched small presses and discovered a lot of them were garbage, but not all. I submitted to a few who caught my eye, and one of them—Post Mortem Press—picked it up.

Nearly a year after they’ve published Toxicity, I haven’t regretted going with them for a second.

I’d been an idiot, but I was given a second chance with my book. I learned from my mistakes. I researched my publishers. I found a home that treated my writing like something they were proud to represent.

I’ve made more mistakes since then, don’t get me wrong, and I’ll continue to fuck things up. It’s in my nature. But as long as I also continue realizing what I’m doing wrong and figuring out how to improve, then I still have a shot in this world. The same goes for you. If you want to be a writer, be prepared to make mistakes. But also be prepared to learn from these mistakes. Analyze every action and reaction. Figure out what you’re doing wrong, and do it better the next time around.

This could be said for the writing process itself. When starting a new work, always aim to write the best damn book you have inside you. And when you finish it and move on to the next book, make that the best one. Otherwise, you’re just wasting your time.

Nice. Excellent points made throughout the article. My first book was a battle of trial and error, as well. In retrospect, I'm glad I shelled out the money for editors and a professional-looking cover (I'm self-pubbed).

Incidentally, the red flags presented for publishers could be applied to cover artists, too. Be sure to do your homework on the designer before forking over one red cent.

Great article. How should others go about finding editors to help them improve their work? I've drafted friends and my wife, but I'm afraid of wearing them out. I need to find someone who's paid to do this. What's a good source?

touche. It seems like the brain worms are catching...

Yes, I completely agreed with the particular point that we all are learning from our mistakes. It definitely improves our way to identify, where we did mistakes and what steps we should follow to overcome from our mistakes.  Most probably these methods are quite beneficial for career developing and we mark our mistakes and trying to reduce it from our career. It ultimately improves our performance and boosts our career path. Thanks for this wonderful article.