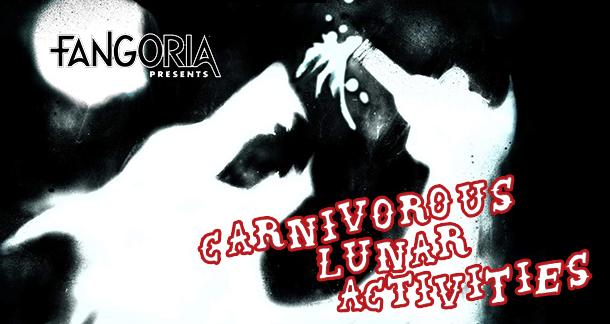 Life is a series of stupid coincidences. It’s important to remind myself of this. The moment I start believing an event might occur for a specific reason is the moment I lose my mind. Anything that has ever happened, or ever will, is the product of pure luck. The only butterfly effect that’s actually real is the 2004 film starring Ashton Kutcher, and the more we pretend that thing doesn’t exist, the better off we’ll all be in the long run. Sometimes good things happen and sometimes bad things happen. The world is chaos and it’s pointless trying to make sense of it.

Fangoria published the novel, and life is fucking weird, man.

Any diehard fan of the horror genre will immediately perk up their ears at the mention of Fangoria. Launched back in 1979, Fangoria quickly marked itself as King of the Horror Mag. The genre boomed gloriously throughout the ’80s, and Fangoria was there to spread the good word. Gutter punks in NYC and hopeful teens in suburban Idaho could all spiritually connect with their mutual love of blood and guts. This magazine created a family of horror-lovin’ maniacs, folks who still drool over the magazine and everything it represents several decades later.

In 2015, the magazine faced a major change that resulted in a short-lived demise. Fangoria’s editor-in-chief, Chris Alexander, stepped down after five years of running the magazine. Then, Fangoria-fave Michael Gingold took over as EiC, only to find himself terminated eight months later. This, of course, pissed off everybody who cared about the genre. Gingold had been involved with the magazine since 1990. October 2015 marked the last print publication of (the old) Fangoria. Everybody assumed it was gone for good. It wasn’t like some new indie film production company would suddenly swoop in several years later and buy the rights to Fangoria or anything. 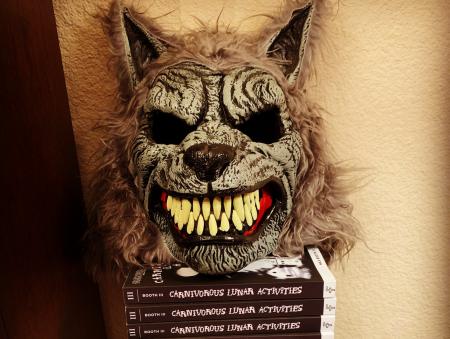 The internet lost its mind last February when Cinestate, a Dallas-based indie film production company, announced they would be relaunching the magazine under a new quarterly, print-exclusive publication schedule. Taking over as Editor-in-Chief would be none other than Phil Nobile Jr., former EiC of Birth.Movies.Death. By this point, Cinestate had already started making headlines for other reasons. They had produced a couple of truly excellent films (Bone Tomahawk, Brawl in Cell Block 99), plus they were gearing up to release several novels (The Megarothke by Robert Ashcroft, Hug Chickenpenny by S. Craig Zahler, and Headcheese by Jess Hagemann). Under the new Fangoria brand, Cinestate would not only release the magazine, but also branch out into FANGORIA PRESENTS! horror novels, podcasts, and films. On the film-side of things, they’ve already put out Puppet Master: The Littlest Reich, and their next feature, Satanic Panic (written by Grady Hendrix!), is due out sometime in the near future. As far as Fangoria’s paperback line, in 2018 they released Our Lady of the Inferno by Preston Fassel and My Pet Serial Killer by Michael J. Seidlinger. And now, on February 22, 2019, they have put out their third FANGORIA PRESENTS! title: Carnivorous Lunar Activities.

Life is a series of stupid coincidences. It’s true. The story of how I got involved with such a well-respected company is testament to this. Let’s walk through it from the beginning. Rewind back to October 2015—which I just realized is also the month and year Fangoria took a very long nap (again, another coincidence? almost definitely)—when a good friend of mine, Eryk Pruitt, invited me to do a reading with him up in Dallas, TX. At that point, I was twenty-two and had lived in San Antonio for four years. My third novel, How to Successfully Kidnap Strangers, had released a couple months previous. Up until then, I had never committed to a public reading. There had been past moments where someone had scheduled me to read, but fear of public speaking always convinced me to bail at the last second. But this time, I didn’t bail. I was sick of letting fear make my choices for me. I told Eryk yes, I’d drive up to Dallas and read with him and whoever else he managed to get to join us.

Imagine my surprise when I discovered my favorite author of all time, Joe R. Lansdale, would be one of those authors. Other writers involved in this reading event (called Noir at the Bar): Harry Hunsicker, Rod Davis, Opalina Salis, Scott Montgomery, and Jedidiah Ayres. I won’t recount this entire event here. I already did that back in 2015 on this very website. But what I didn’t discuss in that article—and had no way of knowing about at the time—was who happened to be sitting in the audience during my reading: Will Evans, the Executive Director and Publisher of Deep Vellum Books. Unbeknownst to me, Evans was in the process (or about to be) of creating a brand new entertainment company with a film producer named Dallas Sonnier. The company, Cinestate, would produce films and publish literature. Apparently Evans enjoyed what I read, and almost exactly one year later from my reading invited me to pitch a book idea for Cinestate. I sent him about half a dozen vague loglines, and this is the one that seemed to command his full attention:

CARNIVOROUS LUNAR ACTIVITIES - A man named Ted receives a phone call out of the blue from his childhood best friend, Justin, who begs Ted to come to his house. After Ted arrives, Justin locks himself to an anchor in his basement and explains that he thinks he might be a werewolf, and at midnight he needs Ted to shoot him in the heart with a silver bullet.

He asked for a more detailed synopsis on the werewolf book, and a couple days later I whipped up a thousand-word outline for him to review. This is his exact response, via email:

HOLY FUCKING SHIT MAX THIS IS INSANE AND BRILLIANT!!!!!!!!!

Ladies and gentlemen, we had a winner. 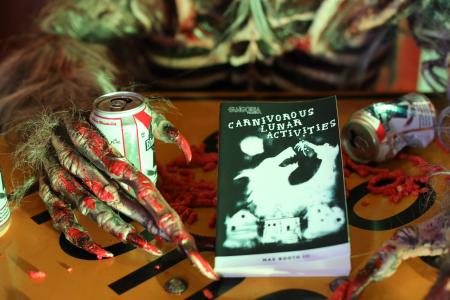 For the next three months, I wrote like a maniac, and turned in a final draft sometime in May. Then, five months later, I randomly ran into Evans at the Texas Lit Fest, and discovered he’d decided to leave Cinestate to focus on Deep Vellum. Oh, I thought. Well, there goes that publishing opportunity.

Except, something weird happened.

A couple months later in early 2018, Fangoria announced they’d be returning from the dead. It wasn’t revealed right away that Cinestate had bought the company yet. The night Fangoria made their revival announcement, I was stuck at work with nothing better to do, so I randomly emailed them to ask about freelance work. That same night I received a response from Dallas Sonnier, co-founder and owner of Cinestate. He recognized my name from Will Evans, and mentioned my novel was still under consideration with them, nearly a year later. He also informed me Cinestate now owned Fangoria. I was speechless.

But not as speechless as when, on July 14, 2018, Dallas reached out again and offered a contract for the book. Not only did they want to publish it, but they wanted to release it under their new FANGORIA PRESENTS! label.

When I saw this email, I sat at my desk staring at my computer for several minutes, unable to process what I was even reading.

To be working with Fangoria is a dream come true, and I know that’s a cliche, but goddamn.

Now, over two years after the original invite from Cinestate to pitch a book idea, it’s finally out. I'm twenty-five years old and this is book five. I don’t know what to expect. I hope it does well. I hope to work with Fangoria on more books in the future. I hope people enjoy this weird little werewolf novel about PBR and dick jokes. I want them to have a fun time. I want them to be entertained.

Would the book exist if Eryk Pruitt hadn’t invited me to a reading in Dallas? Would it exist if Will Evans hadn’t been in the audience? I don’t know. But that’s what happened.

And what happens next is up to the readers.