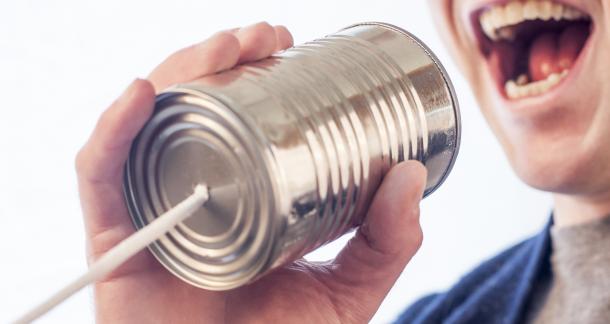 I know a guy who may or may not have been created for the sake of this column who once told me home-invasion movies are no longer relevant, since landlines are basically extinct at this point and the popularity of cell phones severely limit the likelihood of danger.

“Baloney,” I might have told this maybe real person, “the home-invasion genre is scarier than ever.”

Well, regardless of my use of baloney, what I said remains true. The home-invasion genre never stopped being scary.

Cell phones are not magical devices that automatically teleport the police to your house. They are tiny, fragile gadgets that are more likely to fall into the toilet than actually save your life.

It’s well past midnight and you’re on the couch, wrapped in a blanket, watching some dumb straight-to-VOD movie on Netflix. A noise erupts from elsewhere in the house. Something scratching against a window, the creaking of a floorboard, perhaps a whisper drifting toward you like a soft breeze. You are the only soul in the house, or so you thought. Your sense of safety crumbles into oblivion. Someone else is here. A stranger. An unknown. Someone who most likely means you harm. The TV screen fades to black. The remaining lights left on in the house snap off. The power’s been cut. You’ve seen this unravel in dozens of movies, but you never thought it would actually happen to you. Surely you’re in for a night of cat-and-mouse. A monster will chase you and you’ll run up steps and throw things over your shoulder and eventually someone will jump off the roof. If only you had some kind of communicative device that didn’t require electricity.

Oh yeah. You totally do. In fact, you’re already holding it, scrolling through cat photos on FaceBook.

You dial the authorities and settle back on the couch, knowing in ten-to-twenty minutes you’ll be saved.

Except that doesn’t exactly help you right now, because no burglar is going to honor the universal “time-out” hand gesture familiar with schoolyards. If the intruder heard you call, perhaps he will retreat. Or, maybe, he will only be pissed off. Maybe the countdown will fuel his desperation. Odds are, whatever was going to happen is still going to happen—it’s just gonna be a whole lot faster now. This just shrunk from a feature-length film to a forty-minute television episode. The intensity of the situation has been cranked to 10.

Cell phones are not magical devices that automatically teleport the police to your house. They are tiny, fragile gadgets that are more likely to fall into the toilet than actually save your life. If someone breaks into your house, calling the police will not make them disappear. I’m not saying you shouldn’t call the police. You definitely should, if you’re able to. What I am saying is you will still have to deal with the issue regardless of who you call. And that’s hoping you’re able to make the call before getting caught by your intruder.

“Many movies released in the twentieth century would no longer make sense if released today and set during our current year.”

Sure, I suppose that statement is true, if highly idiotic. Back to the Future II was released over twenty years ago and it takes place in 2015, and none of that goddamn movie makes an ounce of sense. I’m a Cubs fan and even I know they will never win the World Series again.

This is what the above quote means: if a movie that relied on a specific era’s technology were to be released today, set right now, then the technology would seem outdated. Barely anybody in 2015 uses a landline now, so how would the intruder cut the phone line? Plus, everybody has caller ID, too, so it’s a lot harder to harass someone over the phone before slicing their throats.

Another argument I hear frequently listed is that security systems have vastly improved over the last couple decades. While this is without a doubt true, I have to stop and consider every place I’ve ever lived. I’m not sure I’ve ever had any sort of security system built in. I think my old apartment had a deadbolt, but I can’t be too sure. Most of my friends also share similar style security systems. My point is, I’m not a rich person, and I’m not the only one who can’t afford a bunch of high-tech shit. If someone wants to break into my house, the only thing stopping them is my wiener dog/literary agent, and the most he’ll do is pee.

As civilization continues to evolve, literature will have to keep up. The home invasion genre remains the same at heart, but changes in delivery. The equation becomes more complex.

Horror authors must take advantage of new technology to further instill terror into their characters. Thanks to the Internet, there are so many more ways someone could fuck with their potential victim. We all know the classic “Have you checked the children?” line from When a Stranger Calls. Now imagine instead of a phone call, you receive a random text message containing only a photo of the child you’re supposed to be babysitting, still asleep in bed. A thousand thoughts rush through your head at once. Who the hell is upstairs? Maybe the wifi blinks out of existence, the signal on your cell phone vanishing.

The home invasion genre is even scarier now than ever, because we no longer have to rely on a physical presence inside our character’s house to terrorize. The psychopath in the closet can now be impersonating a friend’s Facebook account. Anonymous YouTube comments can reveal personal information not even your closet friend knows.

It is only when we think outside the box that we can accomplish good, innovative horror.

“Many movies released in the twentieth century would no longer make sense if released today and set during our current year.” - This is a significant and truthful argument http://www.bestessaytips.com/ .

Thanks for this article! it is a must-read for everyone. I think it is important to become a better person you are every time you have a possibility. Even if you know how to write a science essay, you can do it better by reading an article on the topic
https://bestwritingservice.com/essays/Science/earth-science.html.

You actually look at your gift so easily, but I find this thing something I believe I will never understand. To me it seems very complicated and extremely vast. I look forward to your next post and I will try to capture it! coconut charcoal buyers