The Art of the Content Edit: 10 Ways To Make Sure You're Doing It Right 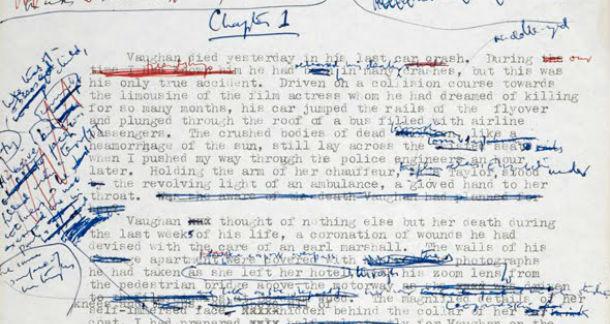 When a book is accepted by a publisher, it goes through a few rounds of editing, but there are two that are pretty important.

The first is the content edit, in which the reader looks for issues related to pacing, structure, theme and overall effectiveness of the story. The second round is proofreading--making sure everything is spelled right, all the facts are straight, all the periods are in the right place.

A proofread certainly isn't easy, but at least there are rules--while the placement of commas can sometimes be debatable, an improperly spelled word, or a paragraph that's not tabbed, or a semi-colon that should be a comma, those are easy things to catch and fix.

The content edit, though, requires a keen eye for storytelling. Of my various tasks at MysteriousPress.com, content editing is easily my favorite part.

Just recently I got a galley copy for Jimmy the Stick, a Prohibition-era hardboiled novel from debut writer Mike Mayo. Although I've dabbled in content editing in a freelance capacity, this is the first content edit I've done that's resulted in a finished book. It's a great feeling, to hold the finished product.

Mayo did a fantastic job--the narrative flies, the protagonist is funny, the plot is nice and twisty but not too complicated, and the historical aspects are fascinating. But, as with any piece of writing, there were some opportunities to make it stronger.

While it's up to a writer to bring a story home, it's not until you get another set of eyes on the piece that you can really find the weak points and patch them up. I say this from experience. Everything I've written has gotten better after someone has looked at it and offered suggestions. Being as close to the story as a writer naturally is, it's very easy to miss the forest for the trees--or the trees for the forest.

So I wanted to talk a little bit about what makes a good content edit:

Make sure everything agrees.

Novels are big sprawling things, and it's easy to lose a detail here and there. Did the narrator walk up to the third floor, and then find himself on the second? Did the protagonist's cell phone die, and moments later he receives a call on it? Find those things and fix 'em. It's reasons like that I hate to do content editing by hand--in the Word doc, you can easily flip back and forth, or search for particular phrases.

Here's a mistake I made in my own work lately--I referred to the safety on a model of gun that doesn't have a safety. If you stumble across something that sounds wrong, check it. If the fact sounds right, it's never a bad idea to double-check that, too. Accuracy is key. When a reader catches a writer in a mistake, that writer loses his or her authority. Most times, problems can be avoided with a quick Google search.

There's always going to be a line that sounds a little clichéd, or doesn't hit the ear right. This is when a second reader really comes in handy--you'll catch something that the writer, being so close to the work, might have glossed over. Mayo used some phonetic language throughout the book, which lent a nice feeling of authenticity to the setting of Prohibition-era New York. But he used the word infink in the place of infant, and it just wasn't working for me. Sometimes phonetic spells aren't effective, and that's fine. The initial read is where you figure out what works and what doesn't.

As any writer knows, there are sentences and paragraphs and characters you hold on to because you really love them, not because they serve the story. This is when you excise them. I didn't ask Mayo to cut a lot, but there was another author I did a content edit for, that I had to ask him to excise an entire chapter. It wasn't bad, per se, but it was a distraction from an otherwise tense scene--and the information conveyed in that scene could have very easily been added to the previous chapter.

Make sure the groundwork is laid.

The twist of Mayo's book was very cool, and made sense within the context of the story, though I had forgotten a key aspect that contributed to it--a few references in the text cleared that up nice and easy, by keeping it fresh in the mind of the reader. It's important to focus on the ending during this round of editing. A good ending needs to be earned, and this is your opportunity to make sure all the pieces are in place, so the reader doesn't get lost.

Get the chapters and section breaks in place.

Sometimes you need a pause when there isn't one present. Sometimes the opening of a chapter really should be the climax of the previous chapter because it's more dramatic. During the content edit you can shift things around so the pacing is tight--and section and chapter breaks are a great way to build tension. For example, at the beginning of one of Mayo's chapters, the narrator is attacked--but by moving that attack to the end of the previous chapter, it created a mini-cliffhanger that would yank the reader right into the next chapter.

You're not proofreading. If there's a big error and you catch it and you want to point it out, that would be great. But it's not necessary to break out the proofreading marks. The chief focus needs to be on the overall picture.

It's easy to look at a sentence and think of a way to say it better. It's harder to keep that to yourself. During a content edit you have to preserve the voice of the writer, and make sure it's as strong and consistent as possible. Your job is to get out of the way, and not let your own voice sneak in. Sometimes it's good to read the first chapter or two, without making any changes, just to get the feel of the author's voice. Once you've got that down, it comes pretty easy.

When you send your notes to the author, you're essentially telling them to get back to work on something they've invested so much time and effort on. At all times, be respectful and constructive.

Your chief job as a content editor is to make sure the book is clean and tight. That the book is enjoyable and meets the goals it sets for itself. The best way to approach the job is as a reader who enjoys a good story. I don't like to rush, but I also don't like to flip back and forth a lot. I tend to keep a piece of paper next to me so I can jot down notes as I think of them, or drop comments in using the track-changes feature on Word, but for the most part, I want to experience the book as a reader would.

So, is there anything you look for in a content edit that I didn't mention? Any experiences you want to share? Let's talk a little about editing!