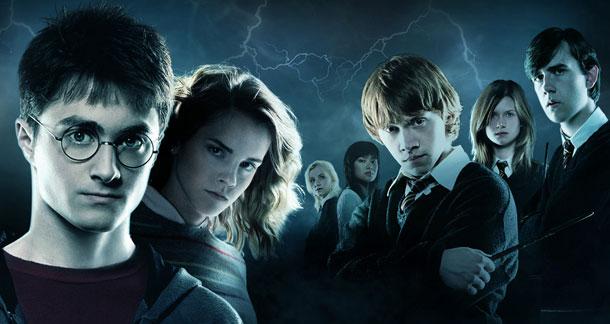 Kids can be pretty annoying. They generally require a lot of patience, energy, and time, and who has any to spare? Yet some children rise above their youthful station to achieve great heights of badassery—although mostly only in books. Read on for the raddest fictional children ever. 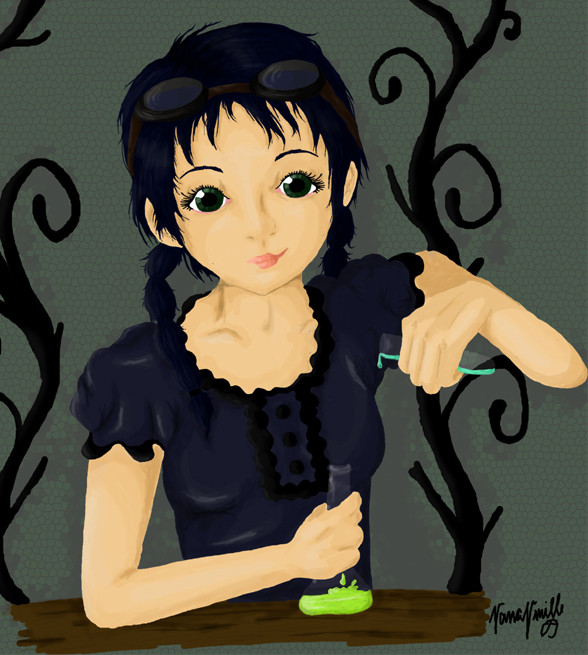 The protagonist of Alan Bradley’s mysteries, beginning with The Sweetness at the Bottom of the Pie, is an eleven-year-old chemistry wunderkind living in in the 1950s British village of Bishop’s Lacey. Flavia is alarmingly pre-occupied with crafting poisons and tormenting her merciless older sisters, but she also happens to dabble in solving murders, of which Bishop’s Lacey is surprisingly abundant. When she’s not flying around the village on her noble steed, a ten-speed named Gladys, Flavia is offering her invaluable services to the constabulary of Bishop’s Lacey—whether they want it or not.

Flavia understands chemistry on an instinctual level, and she elevates her natural talents through rigorous studying and experimentation in the lab deep within Buckshaw’s drafty corridors. She brooks no foolishness and will not abide being treated as a child, and she is unafraid to exact elaborate revenge on her many nemeses—none so arch as her two sisters, Ophelia and Daphne. But her greatest skill is her innate understanding of the depths of humankind, and she makes such a skilled detective because she can comprehend human evil without being affected by it. She’s a little bit of a sociopath in that way, but then again, most children are. 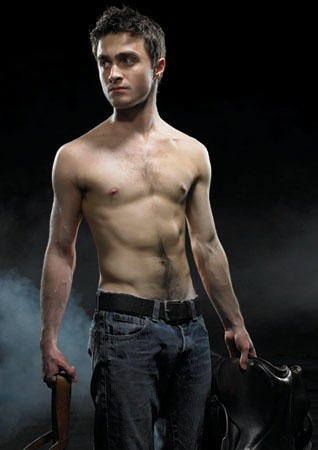 J.K. Rowling’s Harry Potter series has resonated with audiences worldwide, and at the center of that epic universe is one courageous, kind, steadfast boy. Harry is only eleven when the series opens and he has suffered more than most adults, but he maintains a bright spirit and strength that do not fail him through the many tragedies that face him still.

He’s athletic, charming, an innate wizard, and a wiz with the ladies, but what makes Harry most heroic is his staunch heart. He’s unfailingly devoted to his loved ones and to doing the right thing, but he still has a sense of humor and mischief that keep him interesting. 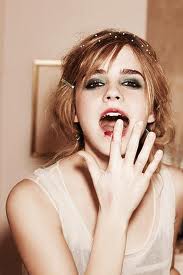 The world of Harry Potter is filled with brave and wise characters, but Hermione is my absolute favorite. She’s academically unstoppable but never rests on her laurels, instead studying vehemently through her days at Hogwarts to maintain her top grades. Her cohorts Harry and Ron would be utterly lost without her wisdom, resourcefulness, and mad researching skills.

In a climate of shunning muggle-born witches and wizards, Hermione proves that being born to muggles is no impediment to brilliance. She’s also fiercely brave and loyal with great strength of character. She never ceases fighting for the disenfranchised (such as the house elves) and will stand up to anyone for her friends. 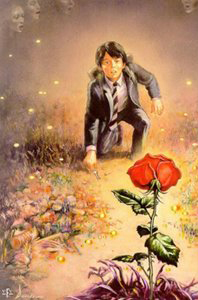 Stephen King’s The Dark Tower series pits an unlikely crew, with ancient gunslinger Roland Deschain at the helm, on a mission to save the universe. Jake is eleven at the beginning of the series, and while he may be the most unlikely gunslinger of the group (save Oy), he is no less brave and heroic for it. Jake begins the series as a surrogate son and ends it as a legend of his own making.

Jake suffers the indignities of indifferent parents, death, betrayal, time travel paradoxes, and unparalleled terrors, yet he never loses his courage or his faith in his mission. His frank, incorruptible perspective often uplifts the ka-tet on even the worst days, and yet he always maintains a childlike sense of fun. 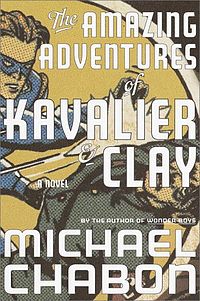 He's only a kid for the first half of Michael Chabon's The Amazing Adventures of Kavalier and Clay, so this could be cheating, but Kid Kavalier is one of the most badass characters in literary history. He escapes from 1939 Prague through a combination of luck, talent and pluck, and the life he makes for himself in the United States with his cousin Sammy Clay is both charmed and tragic.

He's a master lock-picker and escapologist, a beautifully talented artist, a stage magician and an incredibly charming young man. He begins illustrating comics and winning hearts in no time, and along with Sammy, he is the creator of one of the first comic superheroes. Truthfully, Joe's a bit of a superhero himself. 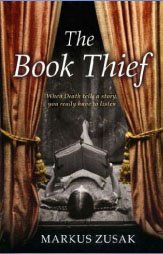 Another young hero to rise from the depths of World War II, Liesel is the nine-year-old protagonist of Markus Zusak's The Book Thief. Orphaned and impoverished, Liesel grows up in Nazi Germany under the care of her foster parents. She has a propensity for stealing books and hearts, and for cheating Death often.

Prickly and independent, Liesel changes the lives of those around her through her fierce heart. She takes care of Max, the Jew hiding in her foster family’s basement, by feeding him, reading to him, and bringing him little gifts that lift his spirits. Through much tragedy and heartache, Liesel sustains her strength and spunk, and that's saying a lot in Nazi Germany. 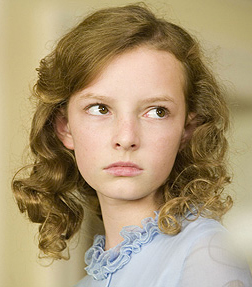 Lyra is the brilliant, rebellious twelve-year-old heroine of Philip Pullman’s His Dark Materials trilogy. She has grown up on the streets of Jordan College, Oxford, but soon learns that her destiny lies beyond the college and even the world she knows.

Lyra is a quick-thinking, fearless tomboy and an extraordinarily capable liar. Her talent for deception is used casually at the beginning of the story, but soon saves her own life and that of many of her loved ones, earning her the adopted name Lyra Silvertongue. She literally saves the universe with brazen aplomb and at great personal sacrifice. 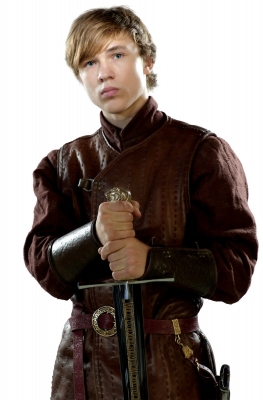 The thirteen-year-old hero of C.S. Lewis’ Chronicles of Narnia series is the oldest of four siblings who takes on a paternal role after his father leaves to fight in World War II. Peter grows to be High King of Narnia and proves himself to be a wise and fair monarch. 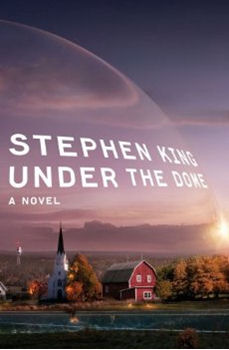 Joe’s one of the first people to grasp the terrifying consequences of the dome, both ecologically and politically. He uses his immense talent with computers to communicate with the outside world and locate the source generating the dome. He saves the day and keeps his cool, all while doing a little flirting with his crush, Norrie. 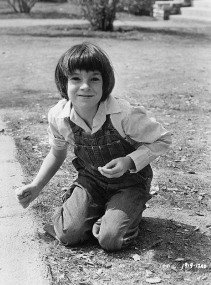 The youngest badass on our list, Scout is the 6-year-old protagonist of Harper Lee’s To Kill a Mockingbird. She learns much about the world one summer during the Great Depression as her attorney father defends a black man accused of raping a white woman.

At age six, Scout is a thorny little tomboy, but through the events of that summer and beyond, she learns more about compassion and justice than most adults ever learn. She did have an ace in the hole, however: the world’s greatest dad, Atticus Finch.

So have you come around on rugrats yet? They're not so bad, really, as long as they're saving lives or doing magic or ruling fantastical lands or apparently if they just happened to live during World War II. So, who'd I miss? And who's on this list that shouldn't be?

Joshua Chaplinsky from New York is reading a lot more during the quarantine November 11, 2011 - 10:16am

I know this list isn't strictly about kid's books, but I'm not familiar with these new-fangled adventure stories you speak of. It's been a while, but when I was a youngin' I was always partial to The Prydain Chronicles and The Dark Is Rising sequence of books. There's got to be a few candidates there. At the very least, Hen Wen the pig was pretty badass. Does he count as a child? A delicious child?

Joshua Chaplinsky from New York is reading a lot more during the quarantine November 11, 2011 - 10:44am

And seriously, whose decision was it to use "hot" pictures of the Harry Potter kids?

It's a great list, but the exemption of the Baudelaires is quite distressing.

I'm thinking Danny Torrence should be on here.

Come on, Huck Finn??? (not to mention his friend Tom Sawyer). They act as if they own the world, and they probably do too.

sillygirl from Georgia is reading Infinite Jest, The Chronology of Water November 11, 2011 - 12:51pm

I see no mention of Ron or Ginny, and I concur.
Weasley's... Bah!

How about Katniss Everdeen from the Hunger Games?  She was pretty badass

If you want a really disturbing child character (and you won't look at 13 year olds the same again), read The Sailor Who Fell out of Grace with the Sea by Yukio Mishima. I don't know if Noboru is "badass" - probaby qualifies as beyond badass.

Aaron Deering from where the ghetto meets the sea is reading Wuthering Heights November 12, 2011 - 12:04am

Ender Wiggin killed several kids before his balls dropped. With his bare hands.

Alia Atreides. no doubt in my mind.

Bone-Bastard Out of Carolina
Simon-The Bone People
Jeanette-Oranges Are Not the Only Fruit/Owen-A Prayer for Owen Meany/
Celie-The Color Purple
And where is Holden Caufield?

EricWojo from Livonia, Michigan is reading The Brothers Karamazov November 12, 2011 - 8:07am

Joshua Chaplinsky from New York is reading a lot more during the quarantine November 12, 2011 - 9:06am

Chester Pane from Portland, Oregon is reading The Brief and Wondrous Life of Oscar Wao by Junot Diaz November 24, 2011 - 10:36am

Ralph from Lord of the Flies?

I gotta second Ender Wiggens. He commanded all the combined space fleets of earth and destroyed an entire species by the end of the book, all while he was still a child. The kids he beat to death with his bare hands were collateral.

Typewriter Demigod from London is reading "White Noise" by DeLilo, "Moby-Dick" by Hermann Mellivile and "Uylsses" by Joyce March 23, 2012 - 3:39pm

I agree on the OMFG NO BEAUDELAIRS?

fuck, I've misspelt that, haven't I?

This list is missing Ender Wiggens along with Bran and Arya Stark.

I kept reading, expecting Ender to be saved for last...Also, out of the Pevensies I would have picked Lucy.

Jane Wiseman from Danville Virginia--now living outside of Albuquerque/in Minneapolis is reading Kindred, by Octavia Butler June 22, 2012 - 6:22am

I need to read Alan Bradley's books. Got the first two about a year ago, but haven't had time. Moving it up on my "to-read" list!

Thanks for adding new books to my 'to-read' pile. Gotta second Ralph from Lord of The Flies, and give an honourble mention to Piggy; that kid stuck to his guns, no matter how uncool they made him. Are Shogo Kawada and Shuya Nanahara from Battle Royale too old?

Although, I've never thought Potter was badass. He was nothing without Hermoine, Ron, Dumbledore, etc. Harry himself was kind of wet and a goody two-shoes (admittedly in unusual circumstances.)

Harry Potter is NOT a whiz w/ the ladies. See: Cho. Also, why pick a photo that's NOT from HP? weird...