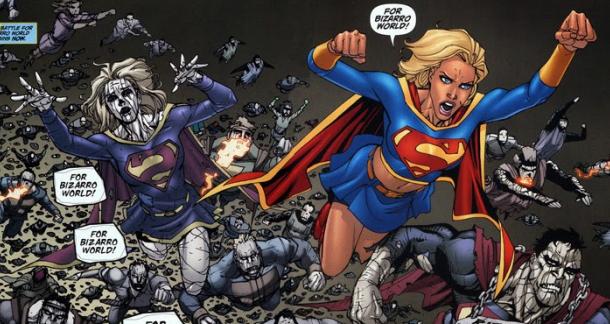 Comic books have long been on the bleeding edge of science, no doubt because they can make things up without the need for all those pesky facts and evidence. One of the most popular concepts, which is being adopted by more mainstream fictions with increasing frequency, is the idea that our universe is merely one destination in a vast multiverse of endless possibilities. Our superheroes have been visiting alternate universes since long before real-world scientists took such theories seriously, and these dimensional shifts have provided us with some truly amazing stories set in bizarre worlds that provide fresh perspectives on classic characters.

DC’s latest animated offering, Justice League: Gods and Monsters, is a prime example of this idea at its best. It presents a version of our beloved heroes that is very different from what we know without being totally unrecognizable, and encourages the audience to confront and re-examine their assumptions about the originals. This universe’s version of Batman is literally a bloodthirsty creature of darkness, Wonder Woman is more of a female power fantasy than a paragon of feminism, and they are led by a much more Nietzchean Superman who puts his faith in his fists rather than any kind of ethical principles. While this Justice League is not evil, it is also not the unassailable bastion of virtue from the main timeline. They kill bad guys, bully the government, terrify the people they protect, and generally revel in being the most powerful people on Earth, able to do whatever they want. We’re just lucky that they wanted to beat-up supervillains rather than rule the world, but they’ve certainly thought about it. In fact, Superman’s rationale for taking control (an end to ideological conflicts, hatred and war) is actually repeated verbatim by the mad villain bent on world-domination that he must stop. After a story like this one you can better understand why some people in the main DC universe regard the Justice League with fear and suspicion. The history of human endeavor has trained us to be wary of those with absolute power, and its hard to trust a guy who can collapse a building just by looking at it when he tells you he’s only there to help.

Of course, sometimes a parallel universe story is just about doing crazy new things with well-established characters that typically can’t change too much in their regular series due to business reasons.  Let’s take a look at some of the best alternate universes ever visited in comics. 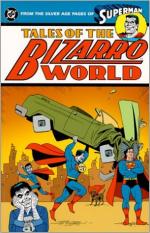 A cube-shaped planet with a population governed by the rules of the classically irritating children’s game “Opposite Day.” They wake up and go to work at night, hang curtains outside their windows, greet each other with a friendly “Good-bye!” and the garbagemen deliver trash right to their doorstep. This world’s greatest villain/hero is Bizarro #1, a being with all of the infinite powers of Superman and the mind of a retarded child. On his many excursions to the main DC universe he is often confused and easily manipulated, and although he can go punch-for-punch with his smarter and more attractive doppelganger, the Big Blue Boy Scout is often able to talk him down or trick him into leaving. This world is also home to Batzarro, the World’s Worst Detective, who spends his nights gunning down innocent couples in Crime Alley in a perversion of Batman’s origin story. 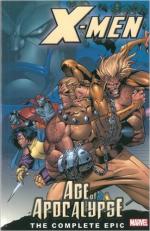 The Age of Apocalypse (Marvel)

One of Marvel’s most popular alternate universes and the setting for the upcoming movie, this timeline was created when Professor X’s son Legion, driven mad by his reality-warping powers, went back in time to murder Erik Lehnsherr before he became known as the Master of Magnetism. But Charles and Erik were still dear friends at this point and Xavier heroically sacrificed himself to save his future adversary. By killing his own father before he was born, Legion created a paradox, which caused time to violently realign itself. In this new timeline there were no X-Men to oppose the mutant genocidal maniac Apocalypse as he embarked on his conquest of Earth and the extinction of humanity, and the world is torn apart by endless war. Although the timeline was eventually restored, the Age of Apocalypse continues to exist as its own parallel dimension, and on subsequent visits the X-Men learn that things have only gotten worse over there. Refugees from this darkest timeline continue to find their way into the main continuity to cause all kinds of trouble for their counterparts, like the Dark Beast, an evil version of Hank McCoy that is basically Dr. Mengele with mutant powers. Not a nice place to visit unless you’re safely on the other side of the Fourth Wall. 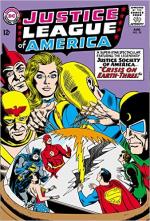 The history of this universe is a mirrored reflection of our own. Great Britain had to fight the United States of America for its independence, for example. Ultraman, the last son of Krypton, respects only strength, despises the weak, and snorts rails of kryptonite to boost his powers. Owlman murdered his parents in order to use their vast fortune to take control of Gotham’s underworld. Along with the renegade Amazon Super-Woman, they are the leaders of the Crime Syndicate of America, a gathering of villainous versions of our favorite heroes who rule through intimidation and fear. They are opposed by the only hero of this world, the genius Alexander Luthor. When Earth-3 was destroyed the Crime Syndicate attempted to invade the main reality, but were defeated by the Justice League. 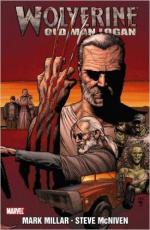 While the Age of Apocalypse is certainly no place for a vacation, this dystopian possible future actually has it worse. It’s been fifty years since all the heroes were wiped out in some ultimate final battle, and America has been carved into territories ruled by various supervillains like Red Skull, Doctor Doom and the Kingpin. Logan no longer answers to Wolverine, and hasn’t popped his claws since the day the heroes fell, not even to defend himself against the incestuous cannibal grandchildren of the Hulk. He embarks on a cross-country road-trip with a blinded Hawkeye to deliver a mysterious package because he needs the money, but refuses to engage in any violence along the way. When Hawkeye demands to know what the hell happened to Wolverine the ultimate badass, Logan tells him the saddest story you have ever heard. When he eventually returns home the claws finally come out. The Wolverine is back, just half a century too late. 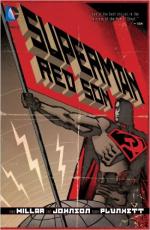 What if instead of a farm in Kansas, the Last Son of Krypton had landed in Soviet Russia? Instead of truth, justice and the American way, the Comrade of Steel fights for Stalin, socialism, and the international expansion of the Warsaw Pact. Despite the change in scenery and iconography (this Superman bears the hammer and sickle on his chest), the character remains largely unchanged, although the impact on the world is immense. Superman still helps everybody and refuses to kill, but he is much more comfortable exerting control to make the world a safer place. He protects the world so well that people eventually stop even wearing seatbelts because they can always count on the Comrade of Steel to save them. The Cold War is no longer about nuclear arms but superhumans, and the U.S. loses badly, going bankrupt and teetering on social collapse as Lex Luthor keeps churning out monsters at the behest of the CIA that routinely fail to destroy the Soviets’ greatest asset. When Stalin dies, Superman reluctantly accepts leadership in the face of overwhelming demand by the citizens. While Superman’s Soviet Union knows no crime, poverty, or unemployment, it comes at the expense of personal liberty, as Big Brother in the sky is always watching. The other heroes of this world rally to oppose him (Russian Batman is pretty hardcore), but are soundly defeated. You'll be surprised by what finally ends the reign of the Soviet Superman. 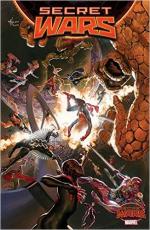 Battleworld is basically the all-in-one package, stitched together from shards of all of Marvel’s previous alternate universes, coexisting side-by-side like countries. There are domains for the Age of Apocalypse, the House of M, the Wastelands, and New Quack City, a metropolis of anthropomorphic ducks ruled by Howard. There’s even a domain for the X-Men animated series from the ‘90s. During the recent Secret Wars series the Marvel multiverse finally collapsed from the damage done by all the dimension-hopping. Endowed with the stolen powers of the Beyonder, Doctor Doom created Battleworld from all the leftover pieces and declared himself God Emperor of the one remaining reality. His castle in the capital city of Doomstadt is built on the roots of Yggdrasil, the world tree, and guarded by Galactus, Devourer of Worlds, as well as an army of Thors. Battleworld is a truly batshit nuts place where pretty much anything can happen. It's like someone tossed the entirety of Marvel’s publications into a blender and then tried to reassemble them into one coherent story. It’s a setting I hope they will continue to explore at least as long as the classic Age of Apocalypse.

These are merely six of the strangest (and most entertaining) alternate universes I’ve encountered in my reading. If I missed one of your favorites, be sure to let me know in the comments. As I grow older and have less time and money to spend keeping up with everything happening in the main continuity, I find these Elseworlds and What Ifs more enjoyable. They typically come in more manageable sizes than “every comic published this year,” and provide a new and interesting take on the beloved and familiar. If you’ve fallen behind on your reading, as old comics fans do from time to time, and are looking to pick up something you can read for fun without feeling like you missed the first half of an awesome party, I’d highly recommend picking up an alternate universe tale.