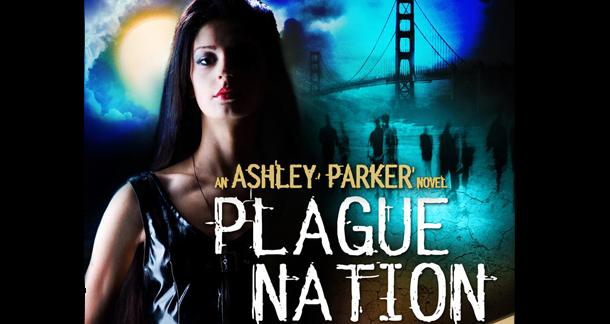 Before I started work on Plague Nation, the second book in my Ashley Parker series, I'd heard fellow writers discuss the Sophomore Slump with varying degrees of emotion from grumbling to near-psychotic ranting, complete with the kind of laughter that generally follows statements like "And they all said I was mad.  MAD, I say!"   At the time, I'd had three or four books published in various genres. Sure, I'd encountered Writer's Constipation (we do NOT use the word "block"), but nothing to the degree that my friends were describing.  So while I extended my sympathy and support, I have to admit I thought perhaps they were being a bit … overly-dramatic.  And then came time to write Plague Nation.

Yup, it really was that bad. The paranoia that the second book wouldn't live up to the expectations set by the positive reception of the first was off the charts.  Even with an outline (I hate outlines, but my wise editor insisted).  I still just could not get a grip on what to do with my characters, how to move the story arc forward in a logical yet interesting way, and how to deliver what readers liked about the first book without being repetitious. "Shoot 'em in the head," only goes so far when you're dealing with zombies, even when combined with descriptions of splattering brain matter and other assorted gore.

When one goes from Plague Town to Plague Nation it's obvious that the danger has to evolve to match the titles.  Anything less would be a literary cock tease.

My friend Robert put it like this: The characters must continue to develop. The conflicts must develop too. Harry Potter starts with an antagonistic cousin and ends with a demonic wizard. David Brin's Uplift series starts with Earth and ends with galaxies.

Okay, fine.  I had an easy answer to raising the stakes between books. When one goes from Plague Town to Plague Nation it's obvious that the danger has to evolve to match the titles.  Anything less would be a literary cock tease.  So I knew I had to take my zombie outbreak from the confines of Redwood Grove and the surrounding quarantine area in Plague Town, and spread it across the country, even while my main characters were still confined to the west coast.  That part was fun and even easy – I gleefully unleashed the zombie plague in places I'd been in my cross-country travels. Not that I had anything personal against any of the locations; I was taking advantage of enough first person experience to describe things relatively accurately, combining my memories with the help of Google Images and Google Maps Street View.

I also needed to raise the stakes for Ashley on a personal level. In the first book, I very much did not want to make her character one who started out with huge emotional chips on her shoulder.  I wanted her to be a normal woman (or as normal as you can be after being thrust in the middle of a zombocalypse) who has gone through your basic life growing pains, the worst to date being getting dumped by her college professor husband for someone ten years younger than her. So when we meet her in Plague Town, she's a twenty-nine year old trying to fit in with kids up to a decade her junior, and as a result, is almost deliberately immature.

I also didn't want to make her one of those (IMHO) really annoying characters that gains a new "super power" in each book.  You know what I'm talking about.  First book the hero or heroine discovers they are the heir to the throne of Gondor.  Next book they then find out their mother is a Fairy Queen and they are immortal. Next book they find out they can turn wood into chocolate, and oh, btw, they're also able to control vampires with their minds. No matter what's thrown at them in each book, the author incorporates what I call a total cheat of a Deus ex Machina. I call it the Nancy Drew Syndrome (no matter what skill set is called for, the hero/heroine turns out to be more proficient than experts in whatever field we're talking about).

It's either lazy writing, an unwillingness to take risks, or both.

After all, how can a character develop if they continually acquire skills that make them more perfect?  If there's no real threat, no real stakes, then what's the point?   The readers need a payoff, whether it's from an epic triumph or abject failure on the part of the protagonist.

Another emotional and mental stumbling block I had while working on Plague Nation came from some of the negative reviews, specifically complaining about the myriad of pop cultural references in the first book.  The critique made me gun-shy about something that was a natural part of my writing style. My Pop Cultural Tourette's is the result of being a life-long nerd, hanging out with like-minded people.  And a lot of conversation with fellow nerds tends to be conducted in verbal shorthand of quotes from films and shows.  It sticks with you, especially if you date and eventually marry within the tribe.

Still, the critique caused me to doubt my own writing style and played merry havoc with my ability to just let the words flow without second/third guessing every sentence. So I finally let go of that particular anxiety and just let the pop cultural references go where they wanted to go.  Imagine my gratification when a reader sent me an email letting me know that one of his favorite things about my writing "was the same thing I saw cited as a flaw by other reviewers. Specifically — the use of current culture references in your book.  To me, that made the book 'live' more."

This not only made me feel all warm and fuzzy, but reminded me that unless one is gifted with a "ALL WILL LOVE ME AND WORSHIP MY WRITING!" charm, you can't please everyone.  Remembering that fact makes it easier to focus on the writing instead of worrying about the reviews.

That being said, I'm still working on my AWLMAWMW charm.

Dana Fredsti is ex B-movie actress with a background in theatrical sword-fighting. Through seven plus years of volunteering at EFBC/FCC (Exotic Feline Breeding Facility/Feline Conservation Center), Dana's had a full-grown leopard sit on her feet, kissed by tigers, held baby jaguars and had her thumb sucked by an ocelot with nursing issues. She's addicted to bad movies and any book or film, good or bad, which include zombies. Her other hobbies include surfing (badly), collecting beach glass (obsessively), and wine tasting (happily).

Thank you for the very interesting and encouraging article.  I like your views on protagonist receiving or realizing they have special powers that make them practically tailor made for what misadventures may come their way.  I agree, this is either writing that is lazy or antiseptically safe.  Another way of saying it--boring.  Characters that are mere flesh and bone put into extraordinary situations are far more interesting.

I'm not familiar with your work but based on this article I'm gonna check it out.  it may be what I need to forestall my zombie-withdrawal now the Walking Dead is done until October.

Thanks again and good luck!