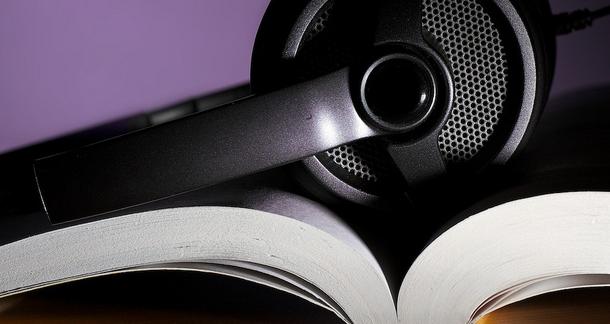 Up until 2015, I thought of audiobooks as something only useful for making road trips less boring. I checked out books on CD from my local library a few times, but I don’t remember what they were, and switching disks to keep listening was cumbersome. But partway through 2014, I discovered Audible. I started by buying one or two titles for car rides, and I loved having them on my phone. It was so nice that I started listening in the car even just around town, and then when I went on walks, and eventually as I got ready for bed or cleaned house.

I bought enough one-by-one that I finally caved and ordered a subscription, knowing I could always cancel it if I needed to. I haven't canceled, and I haven't looked back. In the past few years I’ve listened to about seventy books. I’ll still sometimes check out audiobooks for free at my library, but the convenience and wider selection of Audible has been well worth the money for me. Not to mention that Hoopla and related library systems are often so widely used that the books I want are “checked out.” (If you decide to give Audible a shot, you can use my referral link and get a free thirty day trial with two books free, plus I'll get a credit on my end, which is very nice.)

So today I’m sharing my favorite listens so far; you can get most of them anywhere you want. What makes a good listen, for me, is mostly the book itself. The best narrator in the world can’t make me care about a dumb book. But the narration can take a good book and make it great. When the narrator is excellent, they seem to fall away somehow, leaving only me and the book floating in my mind. So all of the ones I’ve chosen here are both: good books narrated well. In no particular order: 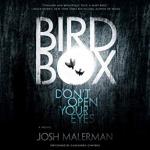 I said no particular order, but if ever there were a book built for audio, it’s Bird Box. This is a scary as hell horror novel about a woman in a post-apocalyptic world who has to blindfold herself to survive. Listening, just like she has to do, really brings the POV close to you. I can only imagine that listening to the whole thing blindfolded would be even more amazing. 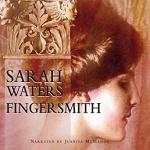 Sexy, creepy, rich, atmospheric, and full of so many twists you’ll get whiplash. I’ve raved about Sarah Waters more times than I can count, but this one was my favorite of hers to listen to. The accents! 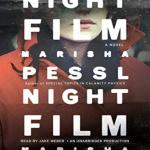 When I told a fellow Night Film fan that I’d listened to the book instead of reading a physical copy, he informed that I’d committed a grievous sin. After all, part of the draw of this one is the visual supplementary material made to look like copies of real items. But having read the book a second time in print, I can say that, surprisingly, very little was lost in the audio. The all-black separation pages were really the only thing I realized I missed. 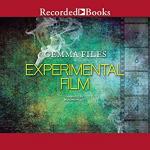 How about another book about dark movies? Experimental Film is one of my favorite horror novels of recent years. It’s scary, super smart, and emotionally powerful. It’s also very fresh, despite the name crossover here, and treads quite a bit of new ground. 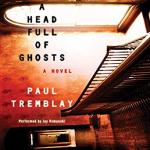 5. 'A Head Full of Ghosts' by Paul Tremblay

Oooooooooooh, do I loves this one! A Head Full of Ghosts is another favorite of recent years. This book is so good that my mother-in-law, who doesn't really read and definitely does not like horror, came in part-way through and still got totally sucked in. We ended up marathoning our leg of a group trip in one car just so we could finish this novel, and it was well worth the leg cramps. 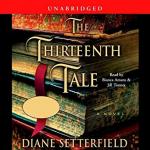 6. 'The Thirteenth Tale' by Diane Setterfield

This one was a surprise for me; I didn’t expect to like it as much as I did. It’s not exactly a light-hearted book, but I somehow found myself enjoying it in a light-hearted way. It’s a gothic mystery that plays with the long lineage it claims, but it’s also a really cool character study and a great nested tale. 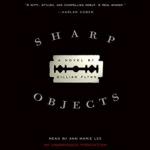 I’ve raved about Gillian Flynn too many times to rave again. I will just say that this is one of the best mysteries I’ve ever read, and it’s so worth your time—whether or not you’ve seen the HBO series or intend to. (And if you haven't done either, read the book first.) 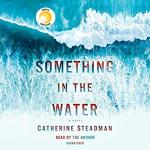 8. 'Something in the Water' by Catherine Steadman

Something in the Water got some vicious review from haters—almost enough to stop me from buying it—but I'm glad I did, because I really liked it. It’s a thriller that listens so well partially because of its fast pace and straightforward style. It’s the perfect novel to listen to when you’re doing something else and can’t devote every ounce of your focus, because the gist carries you along just fine. The characters do make some goofy choices, but that's realistic, and I was interested the whole time. 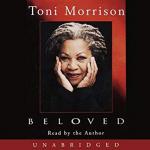 One of my favorite books ever, and one you definitely do have to give every ounce of your focus to—if you want to give it due appreciation. The prose here is exquisite and somewhat dense, but the reading by Toni Morrison herself brings a level of clarity that I wouldn’t have found on the page alone. Her voice is like coming home, but the story will rip your heart out. 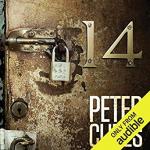 If you need a boost after the depression of Beloved, 14 turned out to be a sleeper for me. I don’t even remember how I heard about it or why I picked it up, but I’m glad I did. It was fun, funny, cute, sweet, and somehow also managed to be epic on a cosmic level and really very riveting. It’s sci-fi horror through rose-colored glasses, and it was the refresh I didn’t know I needed. (Note that this title is available exclusively through Audible.) 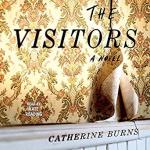 11. 'The Visitors' by Catherine Burns

You know what’s not refreshing? The Visitors. This book is so dark it made me squirmy—and I don’t squirm easily. It’s basically if The Girl Next Door was written in the POV of the mother, Ruth—or someone who lived with her, maybe. It’s way less gory but just as, if not more, scary to me, because the POV shows us exactly how someone like this can live with themselves. It’s slow, subtle, chilling, brilliant, and absolutely not for those who want fluff. 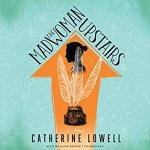 12. 'The Madwoman Upstairs' by Catherine Lowell

Okay now we really need something light. Luckily, The Madwoman Upstairs fits the bill. This one plays with gothic tropes but manages not to feel gothic at all. Instead, it’s actually a really charming mystery/romance for smart people who know their literature. It stars one of the most delightful protagonists I’ve come across in a while. I laughed out loud many times, and the fact that it all revolved around the Brontës was really just the cherry on top of a cute story. 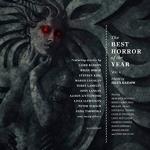 13. 'The Best Horror of the Year Volume 4' edited by Ellen Datlow

Ellen Datlow has put out ten volumes of her Best Horror of the Year series so far, with a recent addition that serves as an anniversary volume, The Best of The Best Horror of the Year, released this past Tuesday. I haven’t read every single one yet—I’m working on it—but my favorite so far has been Volume 4, which happens to be one of the only ones I listened to instead of read. Who knows why that one had the most stories in it that worked for me? Maybe 2011 was a spectacular year for horror shorts. Maybe it was luck of the draw. But I still remember six of these stories very vividly so many years later, and that really says something. (It says that you should go get this book.)

Whether you subscribe to Audible, use another service, buy the books stand-alone, or check them out from your library, I hope you’ll enjoy them as much as I have.

Do you listen to audiobooks? When and where? I’m always looking for new recommendations! What was the last listen that you loved?