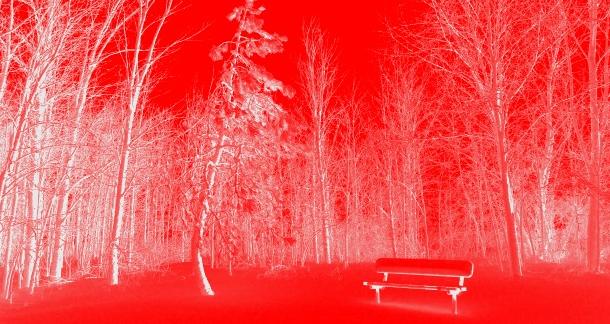 When I originally pitched this article, I did not expect such a severe lack of decent horror books taking place on Christmas. There sure as hell are a lot of horror movies, but books? Yeah, the selection isn’t the widest. But there are some gems out there, waiting for your touch. So grab some chocolate milk, decapitate the Elf on the Shelf once and for all, and settle in for your required dose of holiday horror. 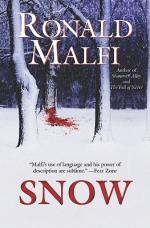 Snow is one of the more serious horror reads on this list. This is a dark novel, through-and-through. It's violent and gripping. The plot is something you've seen before in countless Christmas movies: a divorced man is attempting to get home for Christmas in time to spend time with his child, and he will stop at nothing to make it to his destination. Innocent enough, right? Now throw in demons and zombies and other forces of evil, and your simple I'll Be Home for Christmas story turns into a chaotic 30 Days of Night extravaganza. How far would you go to reunite with your family? Would you become Ash from The Evil Dead and take on all of Hell? 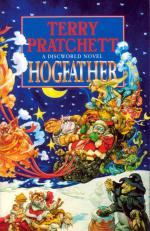 Terry Pratchett is one of the best humorists this universe has ever given us. And, as I've mentioned in the past, humor seems to blend so naturally with the horror genre, sometimes you don't even realize it until after you've finished the book. Which is the case with Hogfather, the story of Father Christmas (or, Hogfather) suddenly disappearing on Hogswatchnight, the joyous of all nights. Pratchett is best known for his Discworld series of fantasy novels. Hogfather belongs in the same world. A world made-up of insanity and beauty. 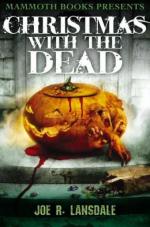 5. “Christmas with the Dead” by Joe R. Lansdale

This is technically only a short story, but I can't bring myself to exclude it from this list. Lansdale has quickly become one of my favorite authors, and there's good reason. Go pick up this story on Amazon for only $0.99. You won't regret it. I can't say much without spoiling it, but I think you can gather from the title that it involves Christmas and zombies. The story was also adapted into a film. I admit I haven't seen it yet, but it looks promising. 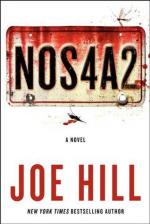 I am a huge fan of Joe Hill's Horns, so when he released his latest novel, NOS4A2, I purchased it the day it was published. This is a dark novel with a lot of ambition. Imagine a place called "Christmasland". It sounds wonderful, right? Well, you obviously haven't read NOS4A2, a book about a disturbing character who abducts children and takes them to Christmasland, a land "where nothing bad happens". This is a horror novel. You should know that claim is bullshit. Bad things happen. Lots of bad things. 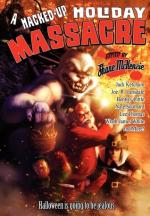 A Hacked-Up Holiday Massacre is an anthology released from the now defunct Pill Hill Press, edited by Shane McKenzie. This is a collection of twenty-something delicious horror stories centered around the holidays, penned by authors like Jack Ketchum, Joe R. Lansdale, Wrath James White, Bentley Little, Nate Southard, and many more. Although it's now out-of-print, it still seems available in digital form. 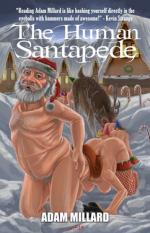 2. 'The Human Santapede' by Adam Millard

Look at that front cover. Just look at it, will you? Have you purchased it yet? Why the hell not? That is the greatest Christmas cover you'll see this year. And the book is just as good. I think the title gives you enough of an idea of what this book is about. Whatever you're thinking, you're absolutely correct. It's insane, it's disturbing, and it's hilarious. Pick this one up now. 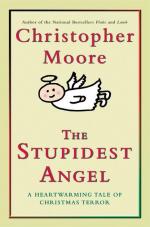 1. 'The Stupidest Angel' by Christopher Moore

Christopher Moore is one of my favorite authors, and The Stupidest Angel is one of his best works. A kid witnesses Santa take a shovel to the head, and he prays for him to come back from the dead. And, of course, since there's an angel nearby looking to grant wishes for children, Santa does in fact come back from the dead. And this time he isn't hungry for milk and cookies. Ugh. That sounded corny. I will not apologize. Just listen. This is the greatest holiday book you will ever read. If you pick up any on this list, give The Stupidest Angel a chance.

So there you have it. Seven horror books to read over the holidays. Some are darkly humorous, while others are soul crushingly depressing. All of them are terrifying in one way or another.

Two of my favorite holiday reads - A HACKED UP HOLIDAY MASSACRE, and HUMAN SANTAPEDE. I'm looking forward to reading the others now, and I don't know if I can wait until next year's HOLIDAY HORROR BINGE & PURGE event :)

The Stupidest Angel is definately my next holiday read!