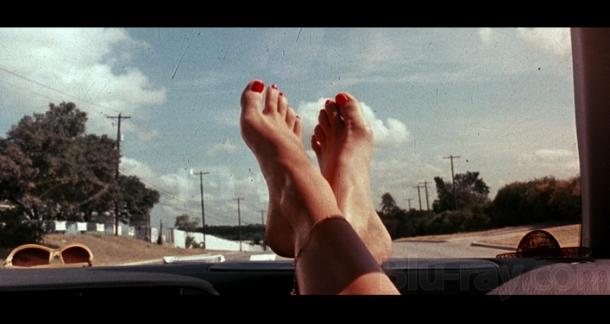 Here is a sentence I’ve never heard in my life: “Quentin Tarantino’s Death Proof is a good movie.”

And here is a sentence you’ve never heard in your life: “Quentin Tarantino’s Death Proof inspired me to become a writer.”

Well, I’m here to tell you exactly that: if not for Death Proof, I probably would have never become the clever and handsome writer you’ve all grown to know and love today.

I was fourteen, which probably makes you want to leave a snarky comment down below (do not do this). Fourteen years old and living in a motel room with my parents. We’d moved into it the previous year for reasons that don’t need to be discussed in an article about Death Proof. I was no longer enrolled in school. The motel was located far from my friends. I spent the majority of my life between ages twelve and sixteen in various motels around Northern Indiana. Sometimes I crashed at my older brother’s trailer, which did not have water, although that did not stop us from using the toilet until nothing else could possibly fit in the bowl. After that, we drove to the gas station when the urge arrived. Despite the terrible, disgusting conditions of his trailer, I think I still preferred it over the motel.

I certainly wouldn’t be where I am now without [Death Proof], which isn’t saying much, but it also isn’t saying nothing, either.

The whole time, I was reading and writing. I’d been reading and writing long before we moved into a motel, but I definitely started focusing more on both crafts once I was no longer allowed to go outside. It’s fair to say I’ve wanted to be a writer for the majority of my life, probably since age seven or eight. Cliche, yes, but true nonetheless. For a long time, I wanted to write comic books instead of prose. I would create shitty comics at home and sell them on the school bus for a quarter each. I wrote the occasional short story, too, but they never really got me excited like comic or movie scripts or half-assed novels did. Not until I was fourteen. Not until I saw Death Proof.

I no longer remember if the advertisements for Grindhouse were broadcast on TV or just the Internet, but I do remember seeing them everywhere. I watched the trailer on YouTube constantly. It looked like the greatest movie of all time. A double feature from the fellas who created From Dusk till Dawn and Pulp Fiction? Those were two of my favorite movies! How couldn’t this not be absolute perfection? I wanted nothing more in life than to go see this behemoth at the theater. It was all I could think about. I begged and begged for my parents to take me, but it never happened. Either the timing wasn’t right, or we were currently waiting on my dad’s next paycheck to arrive. So no. I did not see Grindhouse in the theater. Ten years later, I’m still bummed about this.

But this was 2007, and I had a laptop and nothing but free time, so you bet your ass I pirated both movies. The quality was terrible (although who knows how much of it was intentional, given the way they were edited?) and the fake trailers weren’t included, but I still saw both Planet Terror and Death Proof, and I loved them. I fucking adored them. Planet Terror quickly jumped up to something I would rewatch over and over. Talk about pure fun. Oh man.

But Death Proof? That had a slightly different effect on me. I watched Death Proof in a hypnotized state, unable to look away. It’s difficult, now, to recall exactly what hit me so hard about this movie. The dialogue, as with every Tarantino film, seemed so damn cool. There are so many long, stretched out scenes in Death Proof consisting of dialogue mostly unrelated to the plot. I understand that’s a significant reason most people tend to dislike the movie, but at the time I didn’t realize this was a flaw. I loved the dialogue, the long conversations. I’ve already said “cool” in this paragraph but there’s no better way to describe the things Tarantino makes.

After Death Proof finished, I sat in my motel room, alone, thinking about how much I wanted to write something similar. Not about a death-proof car, or about stuntmen, but something with weird, overly long conversations. Something that Tarantino would be proud to read. Papa Tarantino, as nobody calls him. I opened up Word and immediately started writing. I finished a short story in one sitting, and it was the best thing I had ever written: a story about a serial killer who holds a waitress hostage at his booth and talks to her about his addiction...his addiction to killing (the story was called “Addiction”). 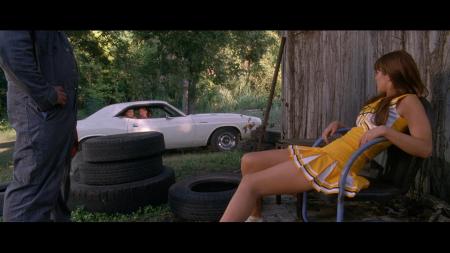 Until then, I had never written anything that I thought might be publishable. But this? This was decent. Hell, I was convinced it was one of the best stories anybody had ever written. Daydreams of getting it published and spotlighted on talk shows hit hard. Meet This Young Writer Who’s the Next Quentin Tarantino, the headlines would say. I would be rich and able to move my family out of this fucking motel once and for all. I researched some markets and sent it out.

Spoiler alert: it was rejected, everywhere.

Frustrated, I gave up. Then I discovered a writing website (now defunct) that was sorta similar to what Wattpad is today. I posted the story there and received some kind feedback. This encouraged me to write more short stories and continue posting them online. I quickly became friends with the community, friends that I still talk to ten years later. I don’t know if I would still be writing if not for this site, if not for Death Proof. I certainly wouldn’t be where I am now without it, which isn’t saying much, but it also isn’t saying nothing, either.

I didn’t realize for another couple years that my serial killer addiction story sucked massive balls.

Despite Death Proof’s weird influence on my life, I only watched it that one time. Until last week, when I discovered you could purchase a DVD containing both films from Grindhouse in one continuous viewing, with the trailers included. Just like it was originally shown in the theater. The last time I clicked PURCHASE so quickly, I ended up with three 4-pound jars of red vines (the last two jars went stale before we even finished half of the first jar). It arrived over the weekend and I watched it immediately. I had seen Planet Terror many times, but with the cool fake trailers accompanying it, it became so much more enjoyable. Then Death Proof came on, and I held my breath. Would it suck as much as everybody claimed, or would it still be just as fun as when I’d watched it as a teenager?

Here is my conclusion: it is not as great as I remember it being, but it also isn’t terrible. Death Proof is a perfectly mediocre movie with some boring bits of dialogue and some entertaining bits of dialogue and one long, kickass car chase scene. It also marks the first (but not the last) time Kurt Russell was ever paid with nachos to act in a movie.

However, there is one thing about Death Proof that I can’t stop thinking about: Mary Elizabeth Winstead. Did you know she was in this movie? She’s the one that’s left behind at the creepy redneck’s house while the other girls take the Dodge Challenger for a joy ride. I had no idea. Back in 2007, she was mostly a nobody. But now? She’s been in Scott Pilgrim Vs. the World, 10 Cloverfield Lane, and the third season of Fargo. And probably other things, too! But seeing her in Death Proof was a surprise, especially when I realized that her character’s friends left her alone to probably be raped. At the very least, stared at creepily. What happens when the guy discovers his car has been destroyed? Winstead’s character was left behind as collateral, right? So what the fuck is going to happen? It’s all I can think about now.

So thank you, Death Proof, for helping pave my path as a writer, but also fuck you for that disturbingly ambiguous ending.