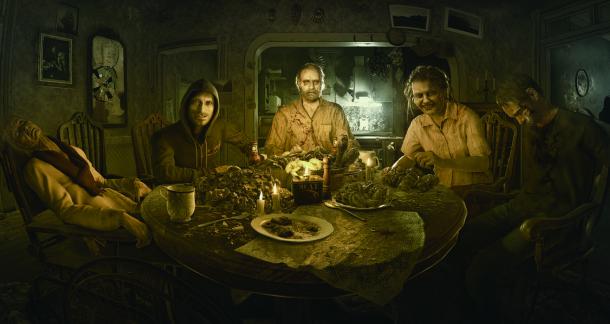 Roger Ebert once said, “Video games can never be art,” which hopefully the majority of us can agree was an insanely idiotic statement to make. However, Ebert also said the following about Freddy Got Fingered:

So maybe geniuses are allowed to be wrong every once in a while.

Writers often absorb other books and movies for inspiration. We are motivated by what we love. Great ideas can be sparked by other great ideas. We consume art and study our reactions and recycle these emotions into our own creations.

What begins as a missing wife situation quickly spirals into a possessed wife clusterfuck.

In my experience, most novelists tend to limit what they imbibe to films and literature instead of branching out to all forms of media. So many purveyors of dark fiction miss out on the expansive library of horror video games simply because of the myth that games are strictly for children. Do you know what else is often viewed as “strictly for children”? Candy. And candy is fucking delicious no matter how old you are, so try another excuse, Excusey McExcuserson.

I grew up playing the Resident Evil series. It may have inspired my love for horror more than any book or movie ever managed to. Nothing has scared me more than survival horror games, and I feel the same is true for many horror gamers. We love to be scared despite every one of our senses begging to abandon ship. This kind of fear cannot be ignored. It is a vital lesson that never ends. The horror video game genre is an untapped market of unlimited writing lessons. Resident Evil 7, released only a couple months ago, is the perfect example for pristine horror. 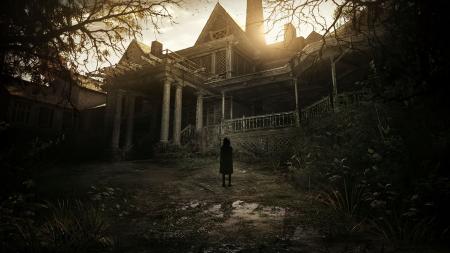 A story—especially a horror story—must be cautious about starting off too ambitious, otherwise it risks offering ineffective stakes. If we begin small and gradually work our way higher up the ladder of doom, the easier it will be for the reader/viewer/player to immerse themselves in the story. Fear springs from the unexpected, so it makes sense that the more innocent we begin, the bigger an impact later danger will present.

Resident Evil 7 begins simple enough. Ethan Winters receives a video message from his wife, Mia, who has been missing for the last three years, asking him to pick her up at a mysterious residence somewhere in Dulvey, Louisiana. Ethan heads to the house. It seems to be empty, but also incredibly creepy, like most houses found in Louisiana. The player is given one mission: locate Ethan’s wife. Except you don’t think of her as Ethan’s wife but your wife. Five minutes into the game and you’re already fully immersed, thanks to mind-blowing graphics and a first-person point-of-view.

You explore the wonderfully macabre artifacts decorating the house as you search for your wife, which seems like a mission that will last the entire game, until you almost immediately locate her locked in a cell. Holy shit, you think, this shouldn’t have been so easy. And you’re correct. It isn’t. You break her out of the cell and rejoice having her in your arms again, after all these years—except of course she’s gone and gotten herself possessed by some sort of sinister entity convinced you need to be dead. What begins as a missing wife situation quickly spirals into a possessed wife clusterfuck. The plot continues to outdo itself level after level, each twist raising the stakes higher than the last. The rise is natural, allowing us to evolve with the danger.

A horror story is only as good as its setting, and the trademark of many great spooky tales involves an enclosed space. Take a look at classics like The Shining, Night of the Living Dead, Alien, and The Thing, along with more modern horror masterpieces like The Descent and The Autopsy of Jane Doe. What do they all have in common? The characters are trapped and forced to confront the evil harassing them. They can’t just jump in a car and drive to the next town and start a new life. If they want to escape—if they want to survive—they must stop running and fight their way to freedom.

The majority of Resident Evil 7 takes place in an old house inhabited by a family of murderous lunatics. The house itself serves as one of the creepiest characters found in the game. Like all great weird houses (and telephone booths), the interior seems vastly greater in size than what the outside hints at. The deeper you explore, the more mysterious it becomes and the more implausible an escape sounds. Without the house, the game loses all sense of fear. Atmosphere is everything when it comes to horror, and in this house, the atmosphere is thick with dread and paranoia. Even moving down a hallway can inspire one’s heart to palpitate. 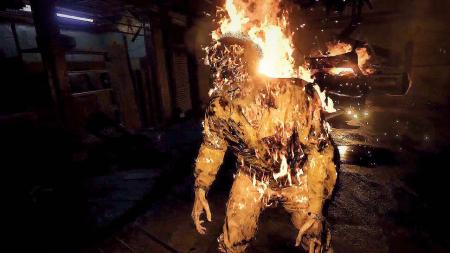 Nothing pulls me out of a story faster than a protagonist with super powers. A character who has conveniently been equipped with the proper training to handle the exact situation they’re thrown into. I’m a fat guy from the Internet—maybe you’ve heard of it. I can’t relate to professional action movie stars. I need my heroes to be just as helpless as I would be if inserted in their place. The less prepared a person is for the darkness awaiting them, the stronger the horror. The best horror stories center around average Joes reluctantly flung into carnage.

Resident Evil 7’s Ethan Winters doesn’t sneak into this creepy house because he wants to hunt down spooky demonic creatures. He’s just trying to find his wife. Everything else is a side-effect. Ethan isn’t a martial arts expert with an entire arsenal of firearms at his disposal. He has no goddamn idea what could possibly be in the house. And when he’s knocked out and comes to tied to a kitchen chair, surrounded by a Texas Chainsaw Massacre-style family, he doesn’t immediately untie the rope binding his hands together and kill everything in sight. He waits until the room is empty then clumsily escapes and runs like his life depends on it, because it does. It really does. There is no magical invincibility vest for him to throw on. If one of these fuckers catches him, he’s dead.

If the viewer, or reader, or gamer can legitimately feel the character’s fear, then the writer has successfully written something worth a damn.

If you’re a writer interested in the horror genre, you would be doing yourself a disservice by passing up Resident Evil 7. Everything you need to know about writing scary stories can be found in this game. Play it. Study it. Then go create something cool and spooky.

If you’re interested in playing online casino games but are worried about privacy, you’ll be pleased to know that there are a number of safe options to use. Neosurf (check SchweizerCasinoClub reviews about it) is a prepaid card that offers players the ability to deposit and withdraw money anonymously without disclosing their banking information. This service was established in Austria and is currently available in 40 countries worldwide. It was acquired by Skrill, a global e-money institution, in 2013, and is licensed to issue e-money in the UK and EU.