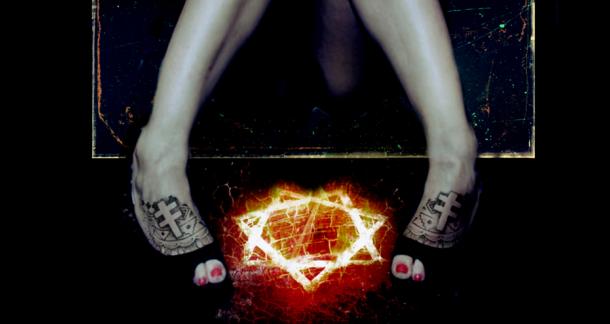 This is my ritual for most Halloweens: I’m sitting on our porch, drunk, writing a horror story while passing out candy to the tiny ghouls who approach our house. But in 2012, I’m deep into edits on an anthology called So it Goes: a Tribute to Kurt Vonnegut. I love Vonnegut and stories inspired by Vonnegut, but at this point, I’m ready to return to horror. My mind’s on a new anthology idea. One with a Halloween theme. Something graphic and unforgiving. I’m thinking, there aren’t enough horror anthologies that are actually worth a damn. Most are so milquetoast, it’s sickening.

This is how an idea is born.

Later, same night, the kids are asleep. I’m on my couch, watching the movie I watch every Halloween since its release: Trick ‘r Treat. If you’ve never seen it, then stop what you’re doing immediately and go watch it. No, wait, first finish this article, then go watch it.

Trick ‘r Treat is an anthology horror film taking place on Halloween, each short film set in the same screwed up little town. All the stories sort of connect together, making it a shared-world anthology. It is not only my favorite Halloween film, but my favorite horror film, period.

That night, I’m watching Trick ‘r Treat, my creative juices already high on the idea of doing my own horror anthology, and I think, yes, this right here, this is what I want to do. Only I can’t outright steal the idea, because people tend to frown upon plagiarism (when caught). But the concept of a horror anthology taking place on Halloween night, in the same town, all the stories loosely connecting. That right there is my key.

If you want to put together a shared-world anthology, please take your time. Know your universe in and out. Every crack, every pebble. Every buried corpse in the local graveyard. Every haunted house and every cannibalistic witch.

I tried to think about what people do on Halloween. Obviously they trick ‘r treat, but that was clearly taken. But what about the kids society has deemed too old to trick ‘r treat? The high school kids? Well, they partied. They got drunk. They had bonfires.

They played Truth or Dare.

Then I passed out.

Repeat after me: if an idea doesn’t breathe, it will suffocate and die.

But the idea wasn’t forgotten, and later on, I continued brainstorming. I developed the concept and came back to it time and time again for months, until I could no longer hold it in anymore. So I contacted a few author friends and asked if this was something they’d possibly be interested in. Fortunately, everybody I contacted was enthusiastic about the idea.

I wrote up an official submission invite, and sent it out to about fifty different authors I respected in the horror industry. Some of them were well known, others were just starting out. I wanted a healthy mix of both. I felt it was my duty to introduce readers to new writers and give them the comfort of authors they already enjoyed.

This was going to be a shared-world anthology, so of course the guidelines would differ from typical anthologies. The set-up was simple enough: it’s Halloween night, and the local high school kids have gathered in the woods for a bonfire fueled by booze and pot. They decide to play a game of Truth or Dare. Each story in the anthology would be based off the game they played. They would focus on each person’s “truth” or “dare”. I gave my writers the option of creating their own main character and the freedom to pick “truth” or “dare”. It was also my original intention to write short little interludes between each story, to better connect them to the bonfire setting, but we’ll get back to that idea here in a few minutes.

Then, of course, I listed other guidelines found in most anthologies: word limit, payment, etc, but you can read more about these sorts of technicalities in Richard Thomas’s column about putting together an anthology.

The invites were sent out around April 2013, with a deadline for Halloween 2013 and an expected publication date of Halloween 2014.

Submissions started trickling in throughout the year. Some of the stories didn’t fit my theme at all, and some writers were blocked on ideas completely. Some writers were flat-out confused. It was about halfway through the submission screening that I realized something vital about myself:

I have no idea what I’m doing.

I am completely lost in life. And when it came to this shared-universe project? I couldn’t have been more clueless.

Despite being totally unprepared, I had dived straight into this anthology blindly. I thought I had been ready to tackle such a complex project and I couldn’t have been more wrong.

I had been impressed with the guidelines I’d set up, but as it turned out, I was nowhere even close to as thorough as I needed to be. What I had failed to fully comprehend is the complexity that comes with a shared-universe. I already told you what I’d done ahead of time, but here is what I should have done:

A shared-universe needs a universe.

I know that sounds simple, but oh boy was it easy for me to take for granted. I had been a lazy editor. In my head, the anthology seemed so clear, so obvious. Yet, in my story guidelines, I had failed to convey what exactly I was after. I should have built my universe before attempting to share it with others.

I should have created the town, should have known every building by heart, should have had the map tattooed on my back. Towns have schools. Schools are very important to already have worked out, especially when the majority of the characters are students. Also, schools have quarterbacks, lead cheerleaders, principals. Multiple characters can’t overlap with the same titles. These are details I should have figured out ahead of time.

With a shared-world anthology, continuity is critical. You can’t have one story taking place in the suburbs and another story in the country. There is a major difference between a cul-de-sac and the Ozarks. How cold does it get in October in this town? Should the kids be wearing jackets? What are the school colors?

What type of supermarket does this town have? When’s trash day? More importantly, what day does Halloween even fall on in this story? Considering all these kids were given permission to attend a bonfire so late at night, it damn well better take place on a Friday or a Saturday. Also, speaking of time, when did this bonfire even start? When is it supposed to end? Who supplied the booze?

See what I mean? It’s the details that get you in the end. So many things you don’t think of until it’s too late and there’s a bunch of authors slapping you in the face for being so neglectful.

I contacted the rest of the writers interested in submitting. Most of them had already begun their submissions, meaning I couldn’t unload a bunch of new details that could potentially harm their plots. I just had to sit back and wait for the stories to roll in, and try to fix any continuity errors in the editing stages of the project.

I won’t lie. I was scared. I was in way over my head. I kept thinking how I should have handled everything differently. I shouldn’t have been so impatient to send out the invites. I should have spent more time creating my universe. I was a fool and now this project was going to be ruined before it even got off the ground.

But it wasn’t ruined.

Not by a long shot.

This is how a group of writers save your ass.

The Halloween 2013 deadline arrived. I had read the majority of the submissions. Some I rejected, others I asked to hold onto for a while. I read the slush again, then again. I made a list of the stories I absolutely needed to accept, the ones that blew me away. As I pieced together a faux table of contents, I began to realize something:

All these stories belonged together. The majority of them were purposely vague about the setting besides a few minor details. They didn’t tackle characters that might contradict other stories. These authors, they were smart. I shouldn’t have doubted them. They knew what they were doing.

But I also noticed something else.

Remember when I mentioned I’d intended on writing short snippets between each story to connect the bonfire angle?

Well, as it turned out, I didn’t need to write anything. With a couple of small exceptions, these stories, the ones I accepted, they all flowed together so naturally, it was almost as if the authors had gotten together before submitting and workshopped them with each other. I was amazed at how well they transitioned. It was like reading a novel, not an anthology. The official table of contents order came to me pretty much immediately, before I’d even sent out the acceptances.

I couldn’t believe my luck.

Because that’s what it was: pure luck. I’ve already demonstrated how I screwed up and could have potentially ruined a great idea because of lazy organization. And the only reason that didn’t happen is because I invited the right group of authors to submit.

A lot of time, you’ll hear that the editor saved the writer.

But this time, it was the opposite.

These writers saved me.

They took my idea and ran with it in a way that made it presentable. I feel dirty even being credited on the book. The authors here are the true masterminds.

So my advice is this: if you want to put together a shared-world anthology, please take your time. Know your universe in and out. Every crack, every pebble. Every buried corpse in the local graveyard. Every haunted house and every cannibalistic witch.

And if you don’t take your time, if you rush through it and just send out your invites, who knows, maybe you’ll get lucky. Maybe the authors will take care of it for you.

These are the authors who saved me:

Thank you so much. I couldn't have done this without you.

(Seriously, thanks for the invite. It is a real honor to be in that TOC with my brilliant husband and loads of super-talented colleagues. Thank you!)

lol...right on. was a pleasure to be a part of this. and you did an amazing job with it, max.