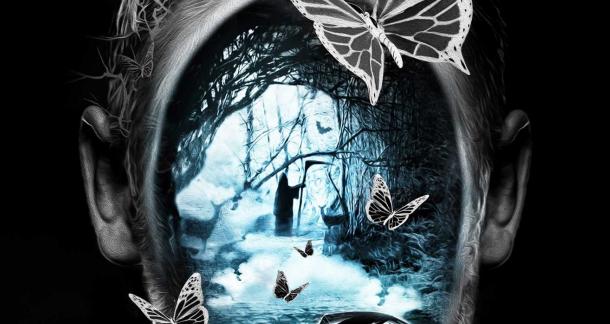 Last month I tackled every King story published in a 20th century collection. This month, we’re moving on to the 21st century collections. These articles are inspired from reading every Stephen King story in one month, which I discussed in this article. I already summarized his novels in this inexplicably popular article. I also started hosting a Stephen King podcast with Lori Michelle called Castle Rock Radio, which you can listen to here.

And now, the conclusion to my summaries of every Stephen King short story published in one of his collections. 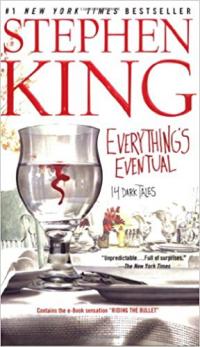 “Autopsy Room Four”
Once again, boners save the day.

“The Man in the Black Suit”
If you go fishing, you will meet the devil.

“All That You Love Will Be Carried Away”
The only reasonable thing to do in a Motel 6 is commit suicide.

“The Death of Jack Hamilton”
Surprisingly, getting shot kinda sucks.

“In the Deathroom”
Snitches get stitches, unless the snitch fakes a seizure.

“The Little Sisters of Eluria”
Never trust a nun.

“Everything’s Eventual”
Emails! How do they work?

“L.T.’s Theory of Pets”
If you give somebody a pet as a present, you’re probably an asshole and deserve to get axed to death.

“The Road Virus Heads North”
All paintings found at yard sales are haunted and will kill you.

“Lunch at the Gotham Cafe”
If a maniac tries to murder your wife, you should probably just let him do it.

“That Feeling, You Can Only Say What it is in French”
I feel like I’ve read this story before.

“1408”
A hotel night auditor tries to kill one of his guests with ghost assassins.

“Riding the Bullet”
Hitchhiking is fun and cool. 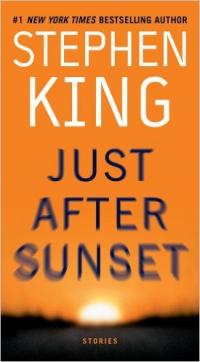 “Willa”
It’s very difficult to convince large groups of people they’re dead. You should give it a shot and see what happens.

“The Gingerbread Girl”
You are least likely to die if you stay at home on the couch instead of exercising outside.

“Stationary Bike”
Fat people will save the world.

“The Things They Left Behind”
Make sure nobody will be home before jerking off into your sister’s panties, you perv.

“N.”
OCD OCD OCD is is is a a a real real real pain pain pain in in in the the the ass ass ass.

“The Cat from Hell”
Yo, a man swallows a fucking cat in this story.

“The New York Times at Special Bargain Rates”
When you die, it’s in your rights to make one phone call.

“Mute”
All deaf people are phonies.

“Ayana”
If you kiss a blind kid, you might cure cancer.

“A Very Tight Place”
Nothing good has ever happened inside of a portable toilet. 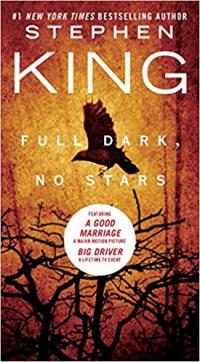 “1922”
Don’t plan on killing your wife unless you first stock up on rat traps.

“A Good Marriage”
NEVER MARRY ANYBODY. EVER.

“Mile 81”
In a shocking turn of events, Stephen King writes about an evil car.

“Premium Harmony”
Sometimes, everything works out for the best.

“Batman and Robin Have an Altercation”
THIS IS A VERY MISLEADING TITLE. And also, old people are adorable psychopaths, I guess?

“The Dune”
It’s not wise to procrastinate writing your will.

“A Death”
Keep track of your goddamn hat or else you’re likely to get yourself executed.

“Morality”
Is it immoral to punch a small child in the face as hard as you can? Well, that depends on how much you’re getting paid.

“Afterlife”
An afterlife you can only describe in French. 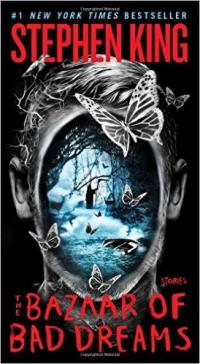 “Under the Weather”
This story gets super gross once you start wondering when this married couple last had sex.

“Blockade Billy”
If Stephen King just straight-up murdered an umpire one day, would we be okay with that? I think we would. I think we'd be just fine.

“The Little Green God of Agony”
Maybe euthanasia isn’t such a bad thing after all.

“That Bus is Another World”
No throat is safe on a bus.

“Drunken Fireworks”
Spoiler alert: fireworks do not drink alcohol in this story.

“Summer Thunder”
The apocalypse is kind of a bummer.

And that’s it! Of course, there are several stories King’s never reprinted in a collection that I did not cover here. Maybe I’ll discuss them in a future article, but probably not! Feel free to tell me how you feel about this in the comments.

See you in another hundred years.