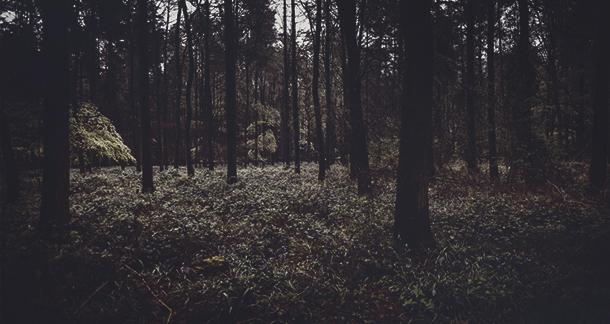 I can see some of you bristling at the title.

Put those tweets down, sir.

I’m not judging the literary merit of these stories, but creepypasta being essentially a sort of open market means there’s literally zero barrier to entry. It all ends up on r/creepypasta or r/nosleep, no editor having ever laid eyes on it. So yeah, some stories are poorly written. Some are rip-offs and some are rife with clichés and scenes from that one horror flick you saw in the 90s. What I’m trying to do here is bring the cream of the crop to readers who perhaps haven’t delved into the depths of Reddit.

So what is creepypasta? Spooky internet stories, presented as true, with a wink. Campfire stories that totally happened.

Here are some good, or notable stories I picked out for you.

Written by web comic artist, podcaster (and probably a slew of other things) Kris Straub, "Candle Cove" is a very short story about a fictional kids TV show that a bunch of adults are reminiscing about on an internet message board. The show sounds vaguely creepy and nobody seems to remember very much about it.

Skyshale033
Subject: Candle Cove local kid's show?
Does anyone remember this kid's show? It was called Candle Cove and I must have been 6 or 7. I never found reference to it anywhere so I think it was on a local station around 1971 or 1972. I lived in Ironton at the time. I don't remember which station, but I do remember it was on at a weird time, like 4:00 PM.

It’s a very effective little short and Straub is generally an effective storyteller. Worth the five minutes it would take you to read it. If you like it enough, you can grab Straub’s book, Candle Cove and Other Stories.

It was also recently made into a TV show. Channel Zero: Candle Cove has just finished its run on the SyFy channel after six episodes. I found the adaptation to be fairly removed from the original idea, but you could do worse as far as horror shows are concerned.

Possibly the most well-known creepypasta (Slenderman doesn't count, as it didn't start off as a story). The original short story, "Footsteps", posted by Auerbach on r/nosleep was followed by a bunch of sequels, of varying quality and believability. Penpal, as the series ended up being called, was later turned into a novel and self-published.

The stories revolve around the author being stalked by a weird someone as a kid. The first story implies that someone is trying to kidnap him and make it look like he ran away. The second story (my favorite one) tells of a school project where the kids write down their address on a piece of paper, put it in an envelope and let if float away in a balloon, in search of random people to become their pen pals. This seems to be how it all starts for the unlucky protagonist.

In a quiet room, if you press your ear against a pillow, you can hear your heartbeat. As a kid, the muffled, rhythmic beats sounded like soft footsteps on a carpeted floor, so as a kid, almost every night—just as I was about to drift off to sleep—I would hear these footsteps and I would be ripped back to consciousness, terrified.

Depends. The novel itself is a bit too long to sustain any kind of suspense or believability. The first few stories are very effective and likely to creep you out enough to turn on all the lights in your house. Some of the "chapters" (initially posted as different stories) are only tenuously related to each other, but are presented as the work of the same someone. As the novel goes on, they get more cohesive, but there are also quite a few chronological jumps that are a bit jarring. Runs out of steam almost completely by the end, in my opinion. Worth a look, at least. 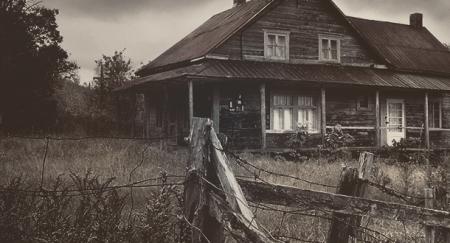 3. 'The Spire in the Woods' by reddit user TheBoyInTheClock

Voted best story of 2013 on r/nosleep, "The Spire in the Woods" is an epic of the genre told in 10 parts. It's about a teenage boy, whose friend of a friend commits suicide. It's also about a Spire in the middle of a forest and a sunken town and a bunch of murders and well... lots of things.

The Spire is a lot closer to "regular" fiction than most creepypasta, without any last line plot twists or other gimmicks. There's quite a lot of background to the story and it's not always apparent how everything connects, but it picks up pretty quick.

Robert Edward Kennan killed himself in the Fall of 1999. I wasn’t there but it’s where my story begins. It begins with Rob, 17 years old, sitting in a burning car in the middle of a crowded parking lot one Monday night in October. He burned for nearly four hours before the police let the firemen near enough to put out the flames and pull out his body. I didn’t know him. Not really. We lived in a small town. I knew him by sight, knew his name, but I doubt we’d ever exchanged more than a few perfunctory words. It makes me feel funny talking about him, like I’m not justified doing it, but if I’m going to tell you about the Spire, it’s unavoidable. I have to tell you about Robert Edward Kennan and how the suicide notes he left behind tangled my life up with his.

Actually, yes, yes it is. The story feels fairly believable, the pacing is great, there are spooky side-stories all over the place. And while sometimes really dark, is a fun read. Recommend.

4. "The Woods Are Black" by Slimebeast

"The Woods are Black" is a spooky little story about a trip to a cabin in the woods, presented here as a creepypasta tale that ticks most of the boxes. I'm not sure how popular this one was, but it's one I liked and I dare say this one carries a hint of cosmic horror, so it made the list.

A teenager with his parents and sister visit a cabin by a lake, on vacation. A cryptic note carved into a tree leads the two siblings deeper into the forest, where the girl disappears. I can't spoil it too much, but it's a quick read so don't hesitate.

The flashlight beam shone bright due to fresh batteries. I cast it into the forest and aimed for a single tree that had caught my attention.

"The woods are black and I can't turn back." I narrowed my eyes and read the letters carved into the bark.

I took a few steps toward the trees before I felt Sis' hand clasp down on my shoulder. Brushing her off, I straddled a tall, wild shrub and awkwardly launched myself into the underbrush.

It's pretty effective as spooky stories go, and it has one of those endings that aren't always effective, but it kind of works for this one. I'm a sucker for the setting so I might be biased. 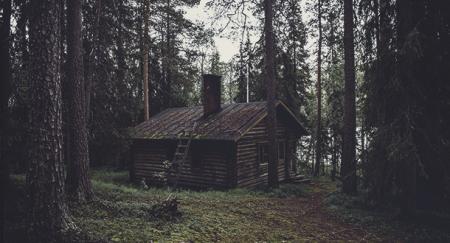 5. "The NoEnd House" by Brian Russell

"NoEnd House" is going to be what Channel Zero's second season is about. I don't really see a TV show in this, but they made one of "Candle Cove", so I'm sure they can swing it. The story is about a scary house with nine rooms, each scarier than the last. If you get through all nine rooms, you win $500, which is all the protagonist needs to hear before heading out to visit.

That was when he told me about the NoEnd House. It got that name because no one had ever reached the final exit. The rules were pretty simple and cliche: reach the final room of the building and you win $500. There were nine rooms in all. The house was located outside the city, roughly four miles from my house. Apparently Peter had tried and failed. He was a heroin and who-knows-what-the-fuck addict, so I figured the drugs got the best of him and he wigged out at a paper ghost or something. He told me it would be too much for anyone. That it was unnatural.

Eh. I'm not suggesting that any of these stories are real, but suspension of disbelief is important even in the case of creepypasta and well, I just don't see any of this as reasonable. Give it a couple of paragraphs and if it hasn't grabbed you, it probably won't.

What's your favorite creepypasta? Let me know in the comments. Tell me why my picks are wrong, all that good stuff. I want to know.

Joshua Chaplinsky from New York is reading a lot more during the quarantine November 30, 2016 - 10:41am

The writing isn't great, but I thought Penpal was legitimately creepy. I'm all for atmosphere and what-not, but what usually gets me when it comes to horror is simplicity. Like, a single statement that turns around an otherwise normal scene.

This was an interesting overview, having never heard of creepypasta. Thanks. gsr.

Persoanlly, I'm a big fan of CreepyPasta. Although it's a little overplayed and seems like a generational hing, it definitely sends chills down your spine when you read the RIGHT story.

The real problem with CreepyPasta is that it is a user-oriented community. Not every piece that is written will be written well.

For instance, I recently bought a firestick and was looking to unlock it via something named "Kodi" but couldn't find the right place to do it, until I came across LazyAssGamer's firestick exploit tutorial. Which might have been the most pooirly written document I've ever come across. However, not evertything on their website sucks because it's written by different people - a community of users.

Just my own 2 cents though.

Every human being in the world has a story. And he wants his story heard. The Internet provides an opportunity for you to get bestessays review and reach out their services easily. The stories written in this column are all very interesting.