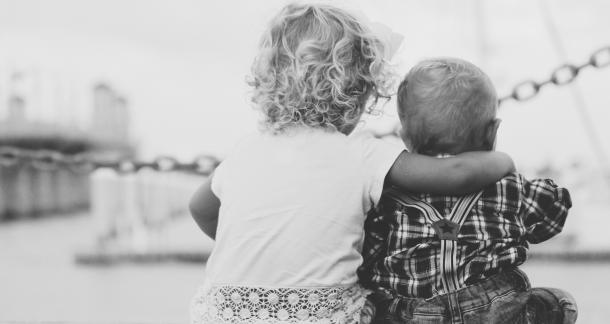 Let’s say, for the purpose of this article, I have a son. Let’s call him something like...I don’t know, Former President William Howard Taft. I know that’s not a reasonable name to give your son, but listen, this isn’t your article. So, last week Former President William Howard Taft begged me to read him a book. I was pretty busy at the time listening to videos of TV static on YouTube, but the little bugger was persistent, so I pulled out my copy of Blood Meridian and told him to sit tight, because he was in for a treat. Except Former President William Howard Taft didn’t seem to give a shit about Cormac McCarthy. He wanted me to read one of his books. I tried to argue, but apparently this was not a debate, so he brought me five books from his room and shoved them into my arms. He stood and stared at me with lifeless eyes until I started to read. And I did, I read them all. I’m a good hypothetical father. But let me tell you something—my suspicions were correct: children’s books are bullshit. Here’s why. 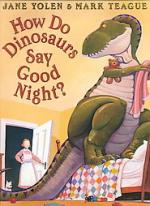 5. "How Do Dinosaurs Say Good Night?" by Jane Yolen

In this world, dinosaurs never went extinct. Okay, that’s a perfectly acceptable idea. But also, apparently human beings now give birth to dinosaurs. No longer do they hatch from eggs. Just regular men and women fucking each other and pushing out terrifying reptile creatures from their wombs. Has humanity evolved? Devolved? Who the fuck knows? The author of this book doesn’t care. Of all the insane questions needing answers in this world, the only thing Jane Yolen gives a shit about is how these baby dinosaurs say goodnight to their human parents. Do they stomp their feet on the floor? Do they demand piggyback rides? Do they cry? Hey, I have an idea, Jane Yolen, why don’t we start asking ourselves just how the hell these dinosaurs got into the house to begin with? These are some huge, majestic beasts we have here, and they’re living in normal-sized suburban houses. They can’t even fit through the front door. This book is illogical and teaches horrible lessons about what kind of questions children should be asking after discovering giant extinct creatures in their bedrooms.

4. "Does a Kangaroo Have a Mother, Too?" by Eric Carle

Does a kangaroo have a mother? Of course it fucking does. There, question answered. If you think this is a book, you’re greatly mistaken. I don’t know who Eric Carle is, but I imagine he’s very similar to a vending machine that continues to request money after you put in more than enough. You punch the side of the machine and shout and the screen just flashes “PLEASE INSERT MONEY HERE” over and over. Here’s how this book got written: one day Eric Carle was taking a shit, and rather than flush the used toilet paper down the toilet, he bundled it all up, stuffed it into an envelope, then mailed it to an address listed only as “BIG TIME BOOK PUBLISHER’S HOUSE”. If you ever wanted to write a book as good as Eric Carle, the only tools you need can be found inside Carle’s mother’s “disappointment” diary she keeps under her pillow. Flip to any page and inspiration will practically drown you, much how Eric Carle has undoubtedly drowned dozens of kittens “accidentally”. Did those kittens have mothers, too, you fucking psycho? 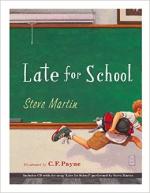 3. "Late for School" by Steve Martin

Hey, remember Steve Martin? Of course you do. You’re a member of the human race, presumably. Anyway, I’m sure you’ve been wondering what he’s been up to these days, now that he's finished making his magnum opus, Cheaper by the Dozen 2. Well, now he writes children books, although it might be more fair to suggest he writes books not so much targeting children but still-births. Listen, Steve Martin can be a pretty funny dude. I loved The Jerk just as much as the next shithead. But...Late for School is not even a book. I don't understand why Former President William Howard Taft handed this to me. Okay, so here’s the entire plot: a kid wakes up, thinks he’s late for school, rushes out of the house, then realizes it’s Saturday, because whoops. Have you ever woken up on your day off from work or school and decided to go anyway? No, of course not, you’re a fully functioning human being without a brain disorder. If Steve Martin wanted to write a real book, after the kid shows up at the school, he would have repeatedly bashed his tiny little head into the walls until the groundskeeper discovered his trembling corpse and finished the job with the end of a shovel. But no. Instead he goes back home and discovers his grandmother shares the very same mental deficiency and has attempted to suffocate herself in a blueberry pie. But of course she’s failed. She forgot today was Saturday, not Monday. He’s greeted by a father who, honestly, probably has enough problems struggling to remember what he did with his own dick than to keep track of his son. They decide to go fishing, but judging from this family's previous examples of competency, I'm sure their idea of fishing consists of hopping up and down in the same spot for several hours, shouting, "GO FISH GO FISH GO FISH GO FISH GO FISH GO FISH!" 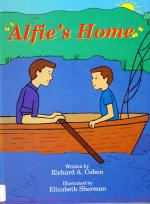 When I read children’s books, I’m always hoping they tackle the topic of homosexuality in the worst way possible. So when I got my hands on Richard Cohen’s Alfie’s Home, I couldn’t have been more thrilled. Here’s a book about a young boy with a rough life. His parents fight constantly, and his uncle just keeps on molesting him. So, obviously, he grows up to be a gay teenager. He seeks help after being called a “faggot” at school, and his counselor informs him that he is gay because his father never paid attention to him, plus, you know, the whole molestation thing. So that’s it, folks. In Alfie’s Home, Richard Cohen discovers the “cure for homosexuality”, which is basically: don’t get molested as a child, and maybe have a dad who gives you enough attention. I don't know where Former President William Howard Taft found this book, but he sure discovered a gem. These are the kinds of books we need in our children’s homes in case the electricity goes out and we need something to fuel the trash can fire in the middle of the living room.

This was the last book I read to my child, Former President William Howard Taft, and as soon as I finished he fell to the floor and started convulsing. I tried to calm him down and the little shit chomped down on my hand and laughed, but not like a child would laugh—more like an old meat grinder that's become sentient. Blood trickled down his eye sockets and he whispered a strange mantra in some language I didn’t even recognize. Children’s books should not awaken beasts hitherto asleep for thousands of years. That’s just not good writing. What’s the lesson here, John Boden? Total destruction of the human race is fun? You sick, disgusting man, I hope you burn at the stake in front of a goddamn church. Dominoes is the kind of book a homeless English teacher might teach to a classroom of self-assembled dolls he's set up in the middle of a forest. Behold murder and chaos and revelation.

Know of any other children's books that are bullshit? If your answer isn't, "Yes, all of them," then you're lying not only to yourself but everybody you love. Anyway, leave your suggestions in the comments.

Hmm couch, Roald Dalh and P.L. Travers as a counter point. This is a very small selection sample.