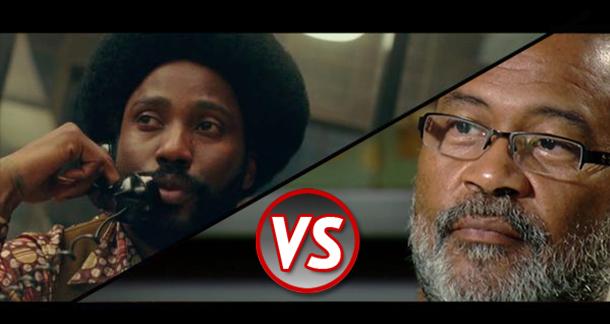 One year ago this week, on August 11, 2017, a large number of white supremacists gathered together in Charlottesville, Virginia for what was essentially a Klan rally after the overdue removal of several Confederate statues. Of course, these days you won’t hear the word “Klan” as much as you will “alt-right” but, you know, racist po-tay-toe racist po-tah-toe. They were armed with semi-automatic rifles and tiki torches. They marched the streets and screamed, “White power!” On August 12, one of them rammed his car into a crowd of counter-protesters, killing a person and injuring nineteen others. Heather Heyer was 32 years old when she died that day.

Here’s the last thing she posted on FaceBook before a white supremacist stole her life:

Afterward, President Donald Trump declared there were “very fine people on both sides”. One of those sides had David Duke, former Grand Wizard of the Ku Klux Klan. The other side did not.

It is no coincidence that Spike Lee released his new film, BlacKkKlansman, on the one-year anniversary of the Charlottesville incident.

In fact, during a recent Q&A screening of the film, Lee admitted that he deliberately pushed to have the film ready in time for this weekend. Let that sink in. The film wasn’t even an active project for Lee when the rally occurred, and he still managed to get it done and ready in time. Making a movie is not exactly an easy task. Some take years to make. Not BlacKkKlansman. This film, it’s fueled by a special kind of energy. There’s love there, yes, but also rage. So much rage. It’s easily Spike Lee at his angriest since Do the Right Thing. It’s everything that he’s been building up toward.

BlacKkKlansman is an adaptation of Ron Stallworth’s memoir, Black Klansman. In the book (and also the film), the first black detective of the Colorado Springs Police Department infiltrates the KKK after discovering an ad for the organization in a newspaper. He sends them a letter, using his real name, requesting more information. Soon enough, he’s receiving his first of many phone calls from the leader of the KKK’s local chapter.

What follows: one of the most bizarre and brave undercover operations in history. Ron Stallworth, the real Ron Stallworth, was often called one crazy son of a bitch during this time by his peers, and for good reason. This is a man, a black man, who conducted numerous phone calls with David Duke during the late 1970s. He formed a relationship with him, all the while completely making a joke of Duke and his entire pathetic organization.

Obviously since Stallworth couldn’t physically show up to any meetings, he recruited a fellow white officer by the name of Chuck (“Lipp” in the adaptation; although, both names are fake) to pretend to be Ron Stallworth whenever a physical encounter was required. Ron was the voice and Chuck was the face. Together they became one person, forming a unique buddy cop duo just begging to be turned into a film. 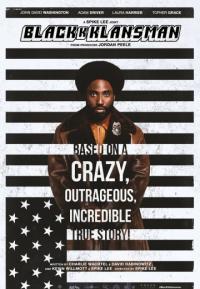 Ron Stallworth’s memoir contains a premise almost too good to be true, and for the story it is absolutely worth reading. However, I’ll admit right here that perhaps Stallworth should have spent a little more time practicing the craft of writing or even searched for outside help, as the prose displayed here is, at its strongest, awkward. The book definitely feels like you’re reading a Wikipedia entry rather than the thoughts and feelings of a real human being. I admire Stallworth a great deal for his undercover work on the KKK case and nobody can take that away from him. What he did in 1978 and 1979 is beyond badass. This dude made David Duke and the rest of his racist lemmings look like the absolute fucking idiots they really are, and I loved every single second of it. (However, I do find his comments on antifa in the book’s afterword more than questionable, but that’s a conversation for a different day. After all, despite everything, Stallworth is still a cop at heart.) No arrests were ever made because of Stallworth’s operation; however, no cross burnings were ever carried out in his city, either, at least not during the time he was undercover. When he looks back at this time in his life, this is what makes him the most proud.

Spike Lee’s adaptation isn’t one hundred perfect faithful to the story, but it’s good enough. The biggest changes made in the film include an added love interest and a rather, uh, explosive climax (pun intended; yes, that was a spoiler; no, I’m not sorry). Lee isn’t a director who should be restricted to a three-act structure, and because of this some of the scenes (especially one involving the arrest of a dirty cop) don’t feel as impactful as they should, but do not let these comments dissuade you from seeing the film in theaters immediately. It needs to be seen more than anything else out there right now.

Spike Lee takes everything from Ron Stallworth’s memoir and molds it into one giant fist aimed directly at Donald Trump’s face. After the final scene of the film, the viewer is subjected to various recordings taken during the Charlottesville rally, including, yes, the nightmarish car-ramming. Spike Lee is not here just to entertain you. He’s here to piss you off. He’s here to make a change.

The final five minutes of BlacKkKlansman left the theater in silence, in tears. We walked out with our fists tightened. This film is special, and I hope like hell it starts a goddamn riot.

Read the book. Watch the film.

Go outside and scream, "Power to all the people."