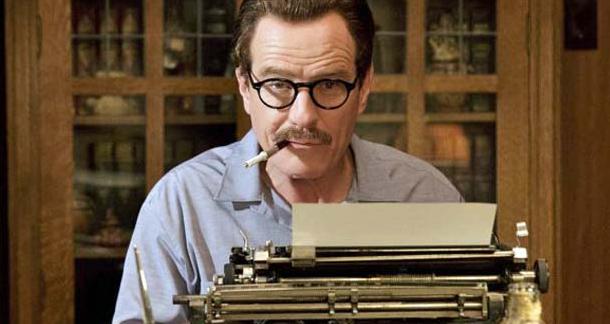 My life consists of two primary desires: to be entertained, and to entertain others.

If one of the above goals isn’t being pursued on not just a daily basis but an hourly one, I am left with an almost cosmic dread of fulfilling my destiny as an utter disappointment. A disappointment to who, I am not entirely sure. I suppose myself. If I am just sitting around, mindlessly caressing my smartphone with my thumb or sprawled out in bed staring at the ceiling, I swear I can physically feel the seconds being taken away from me. The longer I think about the fact that I am accomplishing nothing, the more I freeze up, unable to break from my cycle of perpetual stagnation. Anxiety consumes me and provides a sensation I can only compare to Sean Chapman getting torn to pieces by Cenobites in Hellraiser. At any given point in the day, I’m not comfortable unless I’m either creating art or consuming it. I realize that’s a very selfish statement and probably makes me look like a dick, but listen, I never claimed I wasn’t a dick, so if you assumed I wasn’t that’s kind of on you.

However, my unrest does not simply end there. When I am consuming art, I fear I am not spending enough time creating. When I am creating, there’s a distant itch in the back of my brain that begs to be scratched by injecting myself with entertainment. I am always paranoid that I am wasting my time, that sooner rather than later it will run out and I’ll be left having accomplished nothing. But is accomplishing things even that important? I don’t know. The least successful person on the planet and the most successful person both end up with nothing.

While writing this essay, Chris Cornell killed himself. He was arguably one of the most popular rock musicians of the ’90s, and now he is dead. He accomplished more in his life than I will ever come close to getting done, and where did it get him? Fame is only eternal to those still alive. Do I want fame? No. Do I want to be Chris Cornell? No. I just want to write cool shit and read cool shit and watch cool shit and then once I’ve finally watched every movie and read every book and written every story inside of me, I want to quietly disintegrate from existence, as if I’d never been there in the first place. Even if I cross off every single project I hope to create in my life, will any of it matter once some gravedigger’s going through my pockets at two in the morning? I will be the same amount of dead regardless of what I do in this life, so why I am always so worried about making every second count?

Imagine if Netflix integrated a “shuffle” option and it picked something at random, then refused to let you watch anything else until you finished it without skipping ahead. Holy shit. What a paradise that would be.

As I work on this piece, I am watching I Don’t Feel at Home in This World Anymore, a Netflix original directed by Macon Blair and starring Melanie Lynskey and Elijah Wood. It is my third viewing since its February 2017 release, and if anything, the quality seems to improve with repetition. I’m embarrassed to admit how long it took me to make a decision on what to watch, but not embarrassed enough to omit the answer: thirty minutes. A whole half hour just to decide on what movie to put on in the background as I worked on an essay. A half hour that I delayed being productive. A half hour wasted. A half hour I will never get back.

At first glance, there appears to be an infinite amount of titles available on Netflix to potentially watch. A person could spend their entire life scrolling through them all trying to make a decision. In the future, entire memoirs will consist of people's accounts of themselves struggling to stick with a single movie before turning it off five minutes in and browsing the rest of their options, only to never actually watch anything all the way through. I spent thirty minutes scrolling through Netflix’s library before writing this article when I could have just opted not to watch anything and focus on only the writing.

Theoretically, if I wrote with zero distractions, the writing would be completed faster, which would then allow more free time to watch whatever the hell I wanted later on. However, if I chose this route, then when I finally did turn something on “to relax,” I wouldn't be able to enjoy the movie because the whole time I’d be obsessing over how much writing I could be getting done while it was playing. The thing about writing is, it is never finished. There is always more to do. Projects generate like Netflix poster art, and no matter how far down I scroll, I will never reach the bottom.

There is a simple solution to this issue, and Netflix has been keeping it from us for far too long.

Ladies and gentlemen, allow me to introduce you to a hypothetical new category:

The Background Noise category would consist of ideal titles to play while one is busy working on other projects. Something to have on in the, uh, background...to make noise. Look, I realize that upon initial consideration, this concept sounds a little too simple. You might be wondering what could possibly be excluded from such a list. Couldn’t everything be considered background noise for someone? Well, no. Writing while a drill penetrates wood inches from your face would not offer the same experience as writing while someone plays the piano across the room. Movies and TV shows have their own little melodies. Some are meant for full concentration, and some are meant never to be watched at all. Others, however, fall into a middle category that allows a person to simultaneously focus on the picture and on something else, such as social media or a board game or a new creative project or whatever it is you wish to do.

So let’s break this down. What exactly would be listed in this category? What makes for a good Background Noise movie? One, the plot can’t be too complicated. Two, it can’t be too quiet. The more I have to look at the screen to understand what is happening, the less writing I accomplish. The ideal Background Noise picture should still make sense if I’m only glancing up at the screen every minute or so.

Perhaps this is why AMC’s Mad Men works so well for me. While I typically aim for shows I’d consider average, Mad Men is the exception. It’s spectacular in almost every way, which I’m sure you already know. However, this show is special because it consists almost entirely of dialogue, and the majority of it isn’t overly important. If I miss a couple lines of conversation in Mad Men, there’s a good chance I can still follow what’s going on. If I look down at my computer and write for a solid five minutes without glancing back up, I can take a good guess that all I’m missing is a group of men sitting around in business suits smoking and drinking. There’s a nice soothing atmosphere to Mad Men. There isn’t a plot twist every couple scenes, or, hell, every couple episodes. It moves at its own pace, taking its time, which as a result allows me to go nuts on my keyboard. 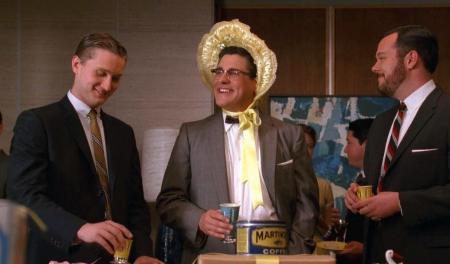 Mad Men might be the only good drama series appropriate for the Background Noise category, besides maybe American Horror Story. AHS is not a very good show, but it isn’t always terrible, either. The good thing about watching AHS while writing is even when you give the show your full attention, it doesn’t really make a lot of sense, so it doesn’t matter if you miss certain scenes. The show's writing is usually average-to-lousy, but sometimes cool things happen that make you believe you aren’t totally wasting your time.

Other television shows I’d add mostly include sitcoms. Sitcoms don’t take themselves too seriously and the plots are almost always by-the-numbers. You can predict what’s going to happen even when you aren’t looking at the screen. I would advise against sitcoms with laugh tracks, though, since the audience’s participation could potentially deceive you into looking up when nothing entertaining is occurring. Laugh tracks are the work of the devil, and should never be trusted.

Another option is to choose shows you’ve already seen. The great ones remain worth-watching multiple times. Current favorites to use as background noise: Archer, It’s Always Sunny in Philadelphia, Parks and Rec, Futurama, Peepshow, The Office, Bob’s Burgers, Flight of the Conchords and The Simpsons. Bob’s Burgers and Flight of the Conchords are especially appropriate for this category due their frequent musical numbers. Obviously tastes will vary, but surely the nerds behind Netflix can tweak their “recently watched” algorithms and merge some of them into the Background Noise channel. I also realize The Simpsons and Flight of the Conchords are not currently available on Netflix, but maybe in the future this will be a different story. Seriously, how come none of these streaming services offer the entire Simpsons catalog? Lunacy.

As previously mentioned, this category should not be limited to only television shows. Movies are just as important in ensuring this category succeeds. The same guidelines apply. Nothing too complicated. We need a decent amount of dialogue. It can’t be too terrible, but it also can’t be great. Action movies and stoner comedies work well here. Weirdly enough, I get a lot of work done when watching movies about other people being exceptionally productive. Movies like All the President's Men, Misery, Spotlight, and Trumbo. I could write entire novels while watching Trumbo. Also? Slashers. Slashers are a fucking blast to write to. A good chunk of your typical slasher consists of dumb teenagers talking about shit that doesn’t matter, then you are rewarded with cool death scenes. The music will typically indicate when things are about to pick up, too, so you only really need to look at the screen when prompted by the score.

A Background Noise category would instantly increase my productivity, because I would no longer spend long lengths of time searching for something to “kind of” watch while writing. Of course, the problem doesn’t go away completely, because I’ll still have to choose something from the Background Noise category, but it should at least significantly limit my options. Although, imagine if Netflix integrated a “shuffle” option and it picked something at random, then refused to let you watch anything else until you finished it without skipping ahead. Holy shit. What a paradise that would be.