ATTACKED! One Writer's Response to Criticism 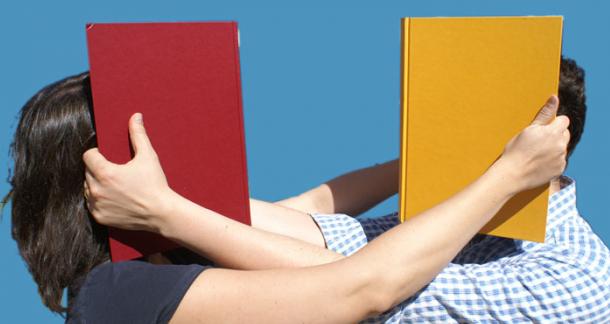 It’s not all fan mail and beer, my dear. There’s a foul fraction of writers – I among them - who read what other writers sweat blood to create and by some miracle manage to publish, and not only react as if we’ve been poisoned by bad crab meat, but then insist on farting our responses into print.  We are a nasty crew - part junkie, part cannibal. The objects of our essentially erotic wrath are those whose work we despise and those who are simply assholes who deserve to be publicly disgraced. I’ve done it, I feel no shame, and I’ll do it again. Like kinky sex or good weed, it feels too good to stop.

But as every cannibal knows, s/he, too, can be on the end of somebody else’s fork. Perhaps needless to say, it’s a very different experience, but there’s still a perverse pleasure in it. Sadism is one thing, masochism quite another. The sadist needs readers, the masochist only himself.

A few years ago I learned inadvertently that some little person out there in the dark had written a book in which he made it Windex clear that he hated me and everything I stood for. The acquaintance who mentioned it simply tried to chat with me about something he assumed I already knew, but after he watched my painfully shocked smirk grow more grotesque with every detail he described, he changed the subject. That’s when I launched a harangue that sent him hurrying toward the cheese platter.

When this acquaintance said, “Craig Seligman doesn’t like you one bit,” I wish I could have said something on the order of, “’Seligman’, you say? ’Seligman?’ I know no ‘Seligman.’"

But I knew exactly who this "Seligman" creature was. We’d met at a writers party some years back. A mutual friend introduced us. This friend doesn’t drink often, but it was a holiday party and he was at least two sheets to the wind, so he pushed it. “Craig’s a friend of Pauline Kael!” he loudly announced to several bystanders and me. “Ed wrote a long piece about Kael’s homophobia! You two have a lot to talk about!”

I was mortified.  Yes, I hate Kael’s work and have hated it for many years. Her smug, know-it-all put-downs of gay men, gay directors, gay themes, gay anything. Her tic-y prose style. Above all, her taste in films. (Evidence: her absurd rave for Nasty Habits, possibly the worst comedy ever to disgrace the silver screen. More evidence: the awful Citizen Kane Book, which amusingly turned out to be largely plagiarized.) When I was just starting out as a writer I wrote a scorching essay about her for The New York Native in that GLBT paper’s glory days; I later revised it for a book of essays in honor of Andrew Sarris. But I certainly had no interest in talking about my contempt for her with one of her friends, and I said so. As my mother would tell you, I wasn’t brought up that way.

The Seligman person, meanwhile, was shaking his head and looking at a spot on the rug. “A very wrongheaded article. Very wrongheaded.”

“Very wrongheaded,” Craig Seligman repeated gravely, as though someone had proposed the reimposition of slavery, then he turned on his heels and sped away, which I found both hilarious and strikingly rude.

Craig Seligman, of course, went on to write the book in question. It was about (who else?) Pauline Kael, with Susan Sontag thrown in to provide earnestness, and it bore the ludicrous title Sontag and Kael: Opposites Attract Me.

The only person who could get away with using the word “Me” in a book title was Katharine Hepburn, and even then it was a bit much. As far as book titles are concerned, ...Me is as self-aggrandizing as it gets. It’s as bad as Kael/Sontag/Seligman. Or I, Critic.

After the innocent bystander brought …Me to my attention, two questions nipped at my mind like a rabid toy dachshund: What did that little shit say about me, and should I respond? At other times I was eerily placid. Earlier in my career I fed on dark rage; it animated my writing. The Kael piece for the Native really launched my career. The film critic Jonathan Rosenbaum, whom I greatly respect, admiringly called it “invective.” But now? Did I really care? As it turned out, I didn’t. Avoiding …Me was easy. I never saw it in a bookstore, the hundred or so copies they printed evidently having been snapped up by other sycophants or returned to the publisher for shredding. And nobody but the fellow who mentioned it to me ever brought it up with me again.

I forgot about it – that is, until my next book was on its way to publication. In the run-up to the release of Dark Victory: The Life of Bette Davis, and despite my better judgment, I began to believe in a kind of Seligman is Satan scenario and nervously skimmed the New York Times Book Review to see if he was among its current stable of critics. I envisioned his first sentence enlarged to marquee lettering: “Ed Sikov’s wrongheaded biography of Bette Davis….” Paranoia reigned. I composed biting retort letters in my head, which wasn’t easy because nobody, least of all Craig Seligman, had reviewed the book yet. More than once I got myself into such a twirl I couldn’t sleep.

When the secretive folks at the Book Review finally told my publisher, Henry Holt & Co., that they’d assigned the review to none other than Rex Reed, I burst out laughing. Reed’s review was not terribly positive, but I didn’t much care; he’s now better known for being arrested for petty larceny after removing the plastic wrapping from several CDs at the old Tower Records, stuffing them in his pockets, and attempting to leave the store than for anything he’s ever written. As for Craig Seligman? I have no idea, nor do I care.

Here are a few tips for aspiring writers, newly published writers, writers who hang on every word written about them, or those (like me) who go through little suburbs-of-Hell from time to time worrying about what might be printed about them:

Good article. One thing that's always important to remember (at least to me) is that nothing will ever be liked by everyone. There were always be people out there who won't like what you put out. Sometimes they have good reasons, like boring characters or bland writing, and sometimes they're just petty. But you're right: You should only write for yourself and your ideal reader.

Joshua Chaplinsky from New York is reading a lot more during the quarantine January 13, 2012 - 1:58pm

edsikov from New York by way of Natrona Hts PA is reading absolutely nothing January 14, 2012 - 7:27am

It's a bio of Billy Wilder: On Sunset Boulevard: The Life and Times of Billy Wilder. It's available online at various outlets but is currently out of print, a situation my agent and I would like to remedy this year by bringing it out as an e-book.

This is a fantastic piece. I'm beginning to think there is something narcissistic in every writer. The fact that we don't keep our scribbles to our selves, we send them out for acceptance, to be put into print. This is probably no great revelation to you lot, but it is to me. I've said many times 'I don't care what people think', but as it turns out, I do. Else why would I put the reviews on my blog? Why do I feel good when they drop? When I do get a shitty review I know I won't lose any sleep over it, I'm not that way. And I'm expecting more reaction to who I am as things build, I'm like the kiddy fiddler uncle at parties that everyone acknowledges but wishes wasn't there. I've been to a few writers do's recently where I'm in the corner on my own and a group are looking at me with fear and contempt.

However, I think I have it much easier writing a funny book. Like I've said before, you either get it or you don't. It isn't measured by right or wrong. It reminds me when Opera sugar coated something she was about to say that was shitty by saying 'I mean this in the nicest possible way...'

I've been moved by the reviews I've got. I've read many a book that is just stunning, smart, emotional and I've wished I could do that. Books that people talk about on forums, books that have moved people, books that are an important part of their development. I'm not wired that way. I can't do intellectual or sophisticated prose. But when you hear from a marine, in Afghanistan, enduring a shitty time and your book made him laugh. Gave him a head vacation. I't makes my stupid little book worthy, and makes me care about reviews.

Ouch...honesty hit the boards today. I loved reading every single word. Everyone is a critic in this world of Reality TV. When it comes to literature there have always been the literary snobs out there to quash every dream, ever dreamt.

Never, ever read reviews. Instead, adhere strictly to the advice given to me by Edward Hibbert, the actor (Television: Frasier; Broadway: Noises Off, Curtains, The Drowsy Chaperone; Films: The Prestige, First Wives Club) and literary agent (Chuck Palahniuk, Christopher Bram, and me): “No good review is ever good enough, and every bad review is unbearable. Don’t read any of them.”

Great advice - may have to print & post this above my writing desk...

I wish I was conceited enough to not be vain...