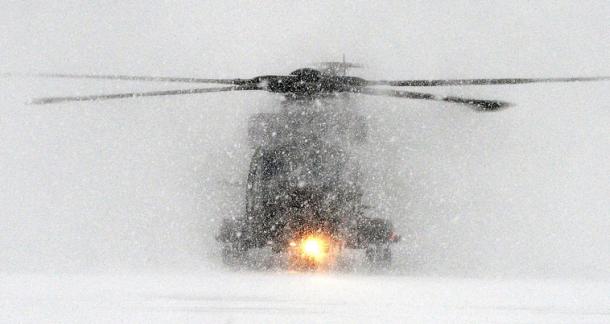 Hello, NaNoWriMo-ers. I would ask how you’re doing, but since it’s the dreaded middle days of November, I suspect I already know. Chances are you’ve gotten past that initial burst of excited energy and the easy set-up chapters where you know exactly what’s going to happen and what the tone is, and now you’re slowing down because your story is getting wonky, and you’re realizing that 23,338 is a lot of words but not actually even close to halfway through your novel, and that a novel is longer than 50,000 words, and that means that even if you survive November…

It’s rough. Writing a novel is a little bit crazy for most people. NaNoWriMo is a lot bit crazy for pretty much anyone. I’ve done it many times now, and it kicks my ass in a new and special way each time. I know how much a boost is needed at the halfway mark, so here’s my best attempt at pointing you in the direction of survival.

“You have a right to write it. Throw it out, rip it up, swallow it down. Build up your capacity to bear up―don't let fear run your writing life. Hide your notebook in a good place.” ―Natalie Goldberg

Let’s start with some basic reminders, shall we? Because if you don’t take care of yourself, you can’t expect to maintain good output. Input-->output. You must eat food. The body requires calories even to sit in a chair and move your fingers. More importantly, the brain requires calories to do its whirring, conjuring brilliance. The healthier the food you eat, the better the brain will work. So, yeah. Eat some fruit and veggies, not just leftover Halloween candy.

Water. You must drink it. Along with coffee, not just in it. I actually read somewhere where a writer (seemingly non-joking) suggested not drinking much water so you don’t have to interrupt your writing flow to get up and pee. o_o Y’all, you should get up and pee. Peeing is good. It’s a sign that you’re not dying yet. And getting up every once in a while is good too. It gets your blood flowing and corrects your posture and rests your eyes from screen strain. So… drink your damn water.

Speaking of posture and eye strain: you need breaks. Like actually physically need them. If you can’t remember to get up and stretch every forty-five minutes or so, set a timer or download an app like WorkRave to remind and give suggestions. Stretch your wrists, shoulders, and neck. Re-focus your eyes on something besides your screen. Stand, move around.

Better yet, go for a walk if you can. It doesn’t have to be long or vigorous. Just get out of your same workspace, preferably outside, and move around. Exercise is great too, and if you normally work out you should try to keep that up as much as possible through NaNo, but even if you don’t, walking is an important counter to all of the extra sitting you’ll be doing.

Relaxing or unwinding is ideal, but it’s NaNo, so let’s be honest: if you’re eating, sleeping, stretching, and walking, doing all of the normal life requirements that can’t be shoved to December, and still getting your words in, you probably don’t have time leftover for chilling. So the next best thing is sleep. Another bodily requirement we so often hold out on. Skipping sleep doesn’t make you hardcore; it makes you sluggish and slows down your brain. And since your brain is kind of your most important part right now, sleep is even more important, not less. Get as much as you can.

“Why Bother? Because right now, there is someone out there with a wound in the exact shape of your words.” ―Sean Thomas Dougherty

Okay, survival basics 101 was all about self-care. If you’re doing the best you can on that front, what’s left? Well, after that shine has worn off, probably some good old fashioned stubbornness. Persistence. Sitting down every day to work even though it’s hard. How do we do that?

The maddening answer is that we just buck up and do it. If this is your first time fast-drafting a novel, it might seem impossible. It’s not. The thousands of people who’ve “won” before prove that. You can do it too. Really, you can. You just need to prove to yourself that it’s possible, and the best way to do that is one day at a time. Show up, sit down, and clicky-clack the words. That’s honestly it.

If you’re up against procrastination, be sure to stop by my post last week, “11 Tips to Beat Procrastination and Get that Novel Drafted,” for some tips.

If you’re stuck, check out my tips on how to get un-stuck in “Storm the Brain! 15 Methods to Get Unstuck, Prompt Ideas, and Solve Problems.”

If you’re feeling isolated, check out the NaNoWriMo Meetups page to see if anyone’s gathering to work together near you. Can’t find one? You could set up your own, or simply message a writing buddy and see if he or she can spare an evening to type together. Even if you’re in the middle of nowhere, Skype sessions can be quite a relief to the lonely mind.

Last but not least, we could all use some cheerleading, couldn’t we? The best way to find this is probably in your own personal vault of things, ideas, and people. Who encourages you to keep going when things are hard? Call them, schedule a coffee, get a hug. What book inspired you to want to write? Re-read it, make some notes, give it a hug. What about your work in progress got you excited to begin with? Remember that, find your early notes, and get excited all over again. There’s a reason you wanted to write this book. Remember it. That’s your guiding light.

But if that’s not enough, here’s a quick shot of some other assorted ideas and Good Things:

"Each act of writing begins with self-forgiveness." ―Daniel Jose Older

“You can always edit a bad page. You can’t edit a blank page.” ―Jodi Picoult

Take a little chunk of your day (not all of your writing time!) to get on Pinterest and create a mood board. Or get on iTunes and build a book soundtrack. Or get on Photoshop and make a fake dream-cover. I won’t tell. Whatever gets you moony about the finished book it will someday be is worth a little bit of your time, if you ask me.

“Don’t bend; don’t water it down; don’t try to make it logical; don’t edit your own soul according to the fashion. Rather, follow your most intense obsessions mercilessly.” —Franz Kafka

Another idea is to change up your process. If you're stuck or stalled or otherwise slowing down, try something new. Use a prompt, go somewhere different to work, do some role playing or fill out some writing worksheets. If you normally type, try hand-writing for a while. Or use dictation software.

“Thirty years ago my older brother, who was ten years old at the time, was trying to get a report written on birds that he'd had three months to write, which was due the next day. We were out at our family cabin in Bolinas, and he was at the kitchen table close to tears, surrounded by binder paper and pencils and unopened books about birds, immobilized by the hugeness of the task ahead. Then my father sat down beside him put his arm around my brother's shoulder, and said, "Bird by bird, buddy. Just take it bird by bird.” ―Anne Lamott

Read more inspiring quotes. Quotes are ignorable, but when you read the right one at the right time, it can really do the trick.

And when all else fails, just turn back to the page and keep pushing forward. Sometimes we don't know it when we're doing good work, and you won't find out later unless you do it now regardless. So do the work, even if you don't feel inspired, and trust that you'll be able to sort it out later.

Writers, what do you do when the going gets tough? NaNoWriMo participants, how's it going so far this year? Are you in a slump, or are you flying through?

5 Things to Do With Your New NaNoWriMo Book 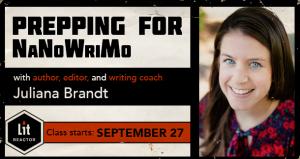 Prepping for NaNoWriMo with Juliana Brandt

Prepping isn’t just for end times, it’s for writers hoping to successfully write 50k words of a novel during the month of November! Join Juliana Brandt for a 4-week class preparing for NaNoWriMo.