9 Reasons You Should Write Short Fiction 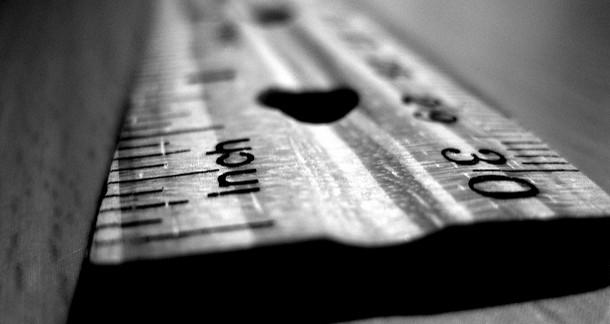 I blogged on my personal website recently about how surprised I am to be nominated for a Bram Stoker Award in the short fiction category for the second year in a row. (Read “Youthful Dreams and the Surprisingly Cool Nature of Reality” if you’re interested in the behind-the-scenes.) I’ve always thought of myself as a novelist and poet first, and a short story author and blogger second, but based on the way things have shaken out so far, I think it’s time for me to admit that they’re all vital parts of my writing life.

With the new Stoker nomination, I’ve found myself giving more thought to why I write short fiction, and how much it’s benefited me and my career over the years. I don’t think I ever could’ve guessed, starting out, how many advantages there are to making this particular format a part of my repertoire, so I thought I’d pull together a list of reasons other writers might want to try it too. Without further ado, here are nine reasons why you might want to try your hand at writing short stories.

1. To Take Your Readers Further

Here’s one of my favorite things about short stories: they’re short! Duh. But readers know they’re short going in, so they’re less worried about choosing perfectly, wasting their time, etc. It’s not that big of a commitment to read a short story on your bus ride. The real value here is less commitment means stronger suspension of disbelief, which means easier buy-in. A concept that might never fly in a novel-length work is taken at face value in a short story. Readers generally don’t need as much realism, as much worldbuilding, as much coherency in a short story, which means you can take them further. Take them far, far away and they will (assuming you’ve done it well) go right along with you, no questions asked.

Not all ideas merit tomes. Some are small, contained concepts that carry the most power when not padded by secondary storylines or multiple viewpoints. Can you expand a poem into a novel? Maybe. Can you condense a novel into a tweet? Sort of. But generally speaking, you probably shouldn’t, because hopefully you’ve chosen the best medium for your idea to begin with. Some ideas are strongest in a short form, and if you don’t learn to write short form, you could be missing out on your best option.

3. To Experiment with Freedom

There’s so much more freedom to try new things when you’re not committing to length.

With shorties, it’s not just the reader there’s less pressure on; it’s you, too. With less time and effort commitment, you have the option to experiment more. Never tried writing present tense? A short story is a low risk way to test the waters. Want to try your hand at historical? No need to dedicate two years of your life to research for a novel; test it out with just enough info to fill out a short. There’s so much more freedom to try new things when you’re not committing to length.

That freedom to try new things as a writer also offers benefits to your readers. If you’re lucky enough to develop some steady readers or even fans, short stories are a great way to keep things fresh and interesting for them. Maybe your novels stay generally in a single genre, but your short stories can branch out without causing much harm to your author brand. Many readers care as much or more about writing style as genre, for example, and will happily read anything you want to write. It keeps things exciting for you and your readers!

5. To Stay in the Groove

Working on novels or book-length projects is a special thing, and (at least for me) it often leads to cycles of boom and bust. One way I’ve learned to keep the fire of productivity lit between books is to use the natural downtime between big projects to work on shorts. That way I’m giving my brain a break from this huge beast that’s been consuming most of my thoughts for months and months, but I’m not just doing nothing. I can change tracks while still keeping the mojo going.

Every technique you use in short stories can be applied, one way or another, to other formats. And with less commitment per project, it’s a great way to practice new ideas, techniques, or concepts without potentially “wasting” time on a big project if it turns out they don’t work. Just like you can use shorts to experiment with new ideas, you can use them to hone and perfect new skills. It might take you two, three, or ten stories to get something down, but isn’t that way better than an entire novel?

7. To Build a Name for Yourself

It’s a known catch-22 that publishers are more likely to take risks on known authors, but how do you get published if no one will take those initial risks? One way I’ve built up a list of credentials that help “prove trust” from the industry is by publishing shorts. The financial risk is smaller for smaller works (less words usually means less money), so it’s easier to find some folks willing to take you on. Once you build up a healthy publications list, that makes publishers less nervous to take on bigger projects. I've gone from poems to flash fiction to short stories to novelettes, and I’m hoping to keep that expanding into novella and book-length works, too.

I've gone from poems to flash fiction to short stories to novelettes, and I’m hoping to keep that expanding into novella and book-length works, too.

8. To Learn to Market

A side effect I never saw coming: having short stories published teaches you how to market your work, which is fantastic practice for longer pieces. I know a lot of writers hate self-promotion, but it’s an important part of this job. To have readers, you have to find them! I look at it as part of my duty to the editors who publish my work. They take a risk on me; the least I can do is put in my fair share of effort to help get the word out and reduce that risk for them. Story by story, book by book, I’m learning the skills that will hopefully one day translate into a bigger publication. I’ve seen many a debut author come out with their first novel, promote for a few weeks, and fall off the marketing map. I suspect it’s because they went straight into books, without first practicing the art of promotion on smaller projects. There is definitely a learning curve, and shorts are a relatively painless way to ease yourself past it.

9. To Earn an Income

And last but certainly not least, short story payments can be a great supplement to your income. If, like me, you cobble together your living from many different places, each source is vital. It might take a few years to head toward steady earnings from short stories (building up to professionally paying markets and getting regular acceptances from them), but once you get there, it can be a great way to add money to the pot.

Do you write short fiction? And if not, yet, do you think you’ll give it a try? Or do you prefer to stick to reading it?