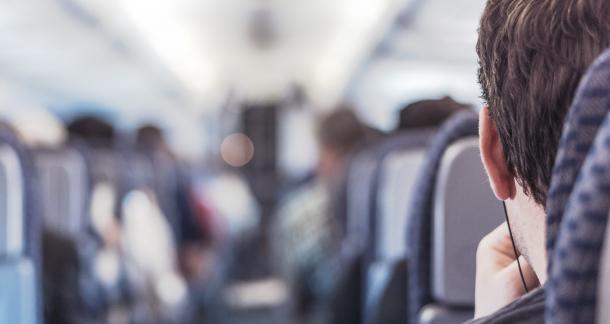 Often newbie writers don’t know where to start in this weird, ridiculous industry of ours. Sure, they’re writing stories, cranking out half-attempts at novels, but they still feel stranded in the dark. They can’t get anyone to read their writing and all of the markets they submit to are instant rejections. There’s nobody around to talk to who actually understands the struggle. Can you relate? Good news. I’ve written an article specifically for you. Assuming, uh, you write speculative fiction—specifically, horror.

If you can swing the funds, I absolutely recommend attending a convention or two next year. Writers’ conferences, when done correctly, are magical. Attending one of these events won’t get you published, not by any stretch, but they can open doors to future opportunities. Plus, even better I’d say, they can also make you feel like you’re part of a family.

Unless you’re a total dickhead, of course.

Here are some upcoming conferences I recommend all horror writers try to attend next year...

On January 10th, BizarroCon will be celebrating its 11th year. Based in Portland, OR, BizarroCon features an assortment of writers, filmmakers, and performers celebrating the genre of bizarro. If you’re curious what “bizarro fiction” even is, it’s pretty simple: bizarro is “weird fiction” that doesn’t fit any other specific genre. Others might try explaining that it’s more complicated than that, but they aren’t writing this article, so fuck ’em. BizarroCon is almost guaranteed to be a blast. Not only are the people extremely chill, but they also host a whole list of fun programming. As of the time of this writing, 2019’s schedule has not been updated on their website yet, but judging from last year’s panels (HOW TO ADAPT YOUR BOOK INTO A SCRIPT, TIPS FOR WRITING EXTREME HORROR, THE ULTIMATE BIZARRO SHOWDOWN, etc), I’m sure we can expect another weekend of good times.

Advertised as “the conference on imaginative literature”, ReaderCon prides itself on its absence of art shows, costumes, and media. They prefer to focus almost primarily on the written word and leave everything else to other conferences. In addition to panels, author readings, and kaffeeklatsches, ReaderCon also presents two major genre awards: The Cordwainer Smith Rediscovery Award for a neglected author and the Shirley Jackson Awards for dark fantasy and psychological suspense. In 2019, ReaderCon’s guests of honor will be Tananarive Due and Stephen Graham Jones.

Personally I have never attended Camp NeCon, but it comes with the highest of recommendations from folks I trust—including Laird Barron, who had the following to say about his 2017’s attendance:

This convention has a loyal following. I understand, after experiencing the tradition firsthand, why people return year after year. Necon feels less like a convention and more like a retreat. The organizers and longtime attendees have established a culture that is both collegial and familial.

Established in 1980 by Bob Booth (no relation to the author of this article, at least...he doesn’t think so), it has featured guests of honor such as T.E.D. Klein, David Morrell, Robert McCammon, Ellen Datlow, Joe Hill, and so many other wonderful creators. If you want to really buckle down and get some shit accomplished, this looks like the perfect opportunity. Next year’s writer guests of honor include Megan Abbott, John Langan, and Grady Hendrix. Sign me the hell up.

Lovecraft nerds look no further. I present to you NecronomiCon Providence, “a biennial convention that explores the work of H.P. Lovecraft and that of his myriad literary and artistic offspring, via speakers, panel discussions, book readings, and workshops.” If you’re interested in writing horror fiction, it’s very likely you’ll run into some like-minded individuals at this event. Although 2019’s guests of honor haven’t been announced yet, taking a look at who they ended up snagging back in 2017 is pretty impressive—folks like Ellen Datlow, filmmaker Richard Stanley, artist John Jude Palencar, poet Donald Sidney-Fryer, Lovecraft scholar Steve Mariconda, and authors Kij Johnson, Stephen Graham Jones, Nnedi Okorafor, and Peter Straub.

4. The Outer Dark Symposium on the Greater Weird 2019

The Outer Dark Symposium on the Greater Weird is "the world's only conference focusing on contemporary Weird fiction, film and art." It’s a relatively new outlet, but it's already taking the weird fiction genre by storm. If you dig the bizarre shit that makes you itch, then odds are this is the conference for you. Panels, readings, shared meals, and other social activities are planned. Attendance is limited to 75 memberships, so don’t wait too long, as I doubt open slots will be available very long. In 2019, the conference will be held at the Silver Scream FX Lab, Atlanta, GA. 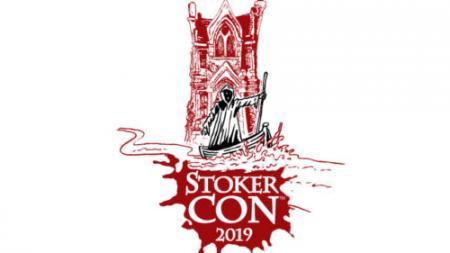 Home of the Bram Stoker award! Most horror writers are already well-aware of this convention, but it’s fine if it slipped you by. Expect readings, panels, and booksellers—plus, of course, a very fancy banquet announcing a bunch of awards that will make some people excited and other people enraged. In 2019, StokerCon will be held in Grand Rapids, MI, and guests of honor include Josh Malerman, Josh Boone, Kathe Koja, Robert McCammon, Kaaron Warren, and Stephanie M. Wytovich. These events are usually a ton of fun and I highly recommend attending one if you can make it. Also, if you don’t live in the US, keep an eye out for 2020 as StokerCon will be held somewhere in the UK. 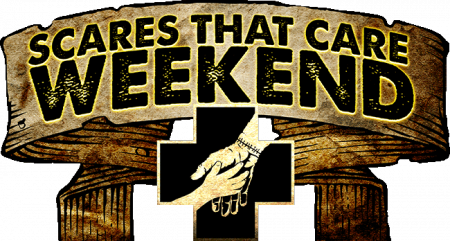 Founded over a decade ago, Scares That Care is "an IRS approved, 501(c)(3) charity that has raised and donated over $120,000 to organizations that treat sick children and families with a child affected by illness, burns or women fighting breast cancer." The event features vendor tables, celebrity guests, a film fest, and so much more. 2019’s lineup looks spectacular, with special guests like Tom Noonan and Kane Hodder, plus a honest-to-god zombie wedding??? Hell yeah.

For the longest time, KillerCon was held in Las Vegas, then it stopped happening altogether until Wrath James White and Brian Keene resurrected it from the dead and gave it a new home in Austin, TX. KillerCon feels less like a writers’ conference and more like a giant family reunion. And the great thing about this particular family is even newcomers will find themselves immediately feeling at home. It’s the kind of event you can stroll into without knowing a single soul, and by the end of the weekend you’ll have made at least five new best friends. If you are a horror writer and can only attend one event in this list, try your best to make it down to Austin next year. I guarantee you won’t regret it.

There are, of course, other horror-themed conventions taking place in 2019, but for various reasons I decided to focus on the ones above. I could have talked at length about Texas Frightmare Weekend, which is pretty much every horror fanatic’s wet dream, but it’s geared more toward fandom rather than those who create. The events listed above are focused primarily on writers. If you want to network and meet other creative types in the horror community, then study the list I’ve provided. Try to reach out. The horror genre consists of some of the nicest people you’ll ever meet, and soon you’ll realize that. Welcome to our little family.

LURID: It's Alive! The Top 10 Mad Scientists of Literature!
What Scares You? 30 Terrifying Horror Stories Straight Out Of Your Worst Nightmares

Becoming a creative writer is very easy these days because there are many articles like this to get information from. Students should try to become professional creative writers by working hard. Well, I am thinking to visit https://britishessays.net/ website to read reviews about the online writers so that I could hire a writer to assist me in my paper.