5 Things to Do With Your New NaNoWriMo Book 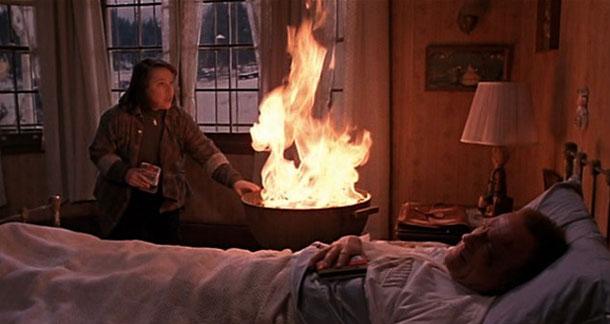 I’m not going to explain what NaNoWriMo means. It’s nearly 2017. You should understand how search engines function by now. Odds are, if you’re reading this website, you already know all about NaNoWriMo. Hell, I wouldn’t be surprised if you even participated.

NaNoWriMo ended just under a month ago. Some of you may have completed it and knocked out at least fifty thousand mostly unreadable words. Many of you probably gave up halfway through with some lame-ass excuse about family getting in the way, or are literally shaking in fear of what your future might become now that the personification of a malignant and stale, fallen-under-the-couch Cheeto will be running the country, which is somewhat understandable I suppose.

So let’s say you do have those fifty thousand words hammered out, that holy grail invented by some bored Wikipedia editor (probably). You have an entire novel finished and it’s just sitting around collecting dust. What are you supposed to do now? Well, it’s a good thing you clicked on an article called “5 Things to Do With Your New NaNoWriMo Book”, isn’t it? Also, can we please take a moment to appreciate the originality of this article’s title. I knew going in that this would be a risky pitch, but luckily LitReactor was willing to take a chance on me.

Right. So what the hell are you going to do with your recently finished NaNoWriMo book?

Here’s a little known secret: the more dust a manuscript collects, the better the prose ages.

And when I say “collecting dust”, I am not being cute. I mean you better print that sonofabitch out and store it somewhere you’ll likely forget about it. Here’s a little known secret (because if it was well known, it would cease being a secret): the more dust a manuscript collects, the better the prose ages. If you think I’m being funny, just ask any of the commenters on my other articles and they will gladly correct you about my skills as a comedian.

No book has ever been more enjoyable than after someone’s blown a thick sheet of dust off the front page.

What you need to do right now is nothing. Just let it sit. Keep it in the back of your mind and replay the story over and over. Then, after many months have passed…

You remember how cool and fun that scene in Misery looked when Annie Wilkes made Paul Sheldon burn the shit out of his new manuscript? That’s exactly what you need to do. Trust me. You will never have more fun as a writer than when you’re drenching weeks’ worth of fiction in gasoline and kissing it with a lit match. The warmth it blasts against your face will feel better than any contributor copy. The smell will stay with you until you eventually also go up in flames.

After the manuscript is good and burned, you need to…

You must treat the remains of your book with respect. You don’t want some weird ghost book coming back to haunt you. Or maybe you do? No, of course you don’t. That’s scary. You gotta bury those ashes in the earth. Then you need to delete any files of the manuscript from your computer. Erase any history it ever existed.

I know, I know. Right now you’re shaking with rage. You’re thinking, why the fuck would I delete my book, I just spent an entire month spilling my blood and sweat into this thing, and I’m just gonna erase it all?

02. Rewrite it From Memory

If your NaNoWriMo book was really worth saving, then you should be able to rewrite the majority of it in a fresh doc without having to copy from a previous draft. The theory is, the truly good material will remain with you and the garbage will be forgotten, so when you rewrite it, you leave out all the material you should have deleted anyway. And if you find you can’t rewrite it? Well, maybe it was never worth writing in the first place.

Or, alternatively, you could...

01. Ignore the First Four Steps and Start Submitting it to Every Goddamn Press You Can Find

And don’t even bother proofing the damn thing before sending it in. Also, don’t worry if the press isn’t currently accepting new submissions, either. Those guidelines only exist to see who’s really determined to get published. Just send it. I mean, someone’s bound to accept it sooner or later, right? Are you really that concerned with landing a good publisher? No. I didn’t think so. Hell, why go with a publisher at all? How come you haven’t already uploaded that shit to Amazon KDP? You gotta stay ahead of the competition, baby! Surely your mom or significant other would be willing to download it on their phones. They probably won’t read it, but they’ll at least tell you it’s good, and isn’t that what we’re all after, when it comes right down to it?

Well then maybe this article only applies to myself. Sorry about that.

6 Things You Should Never Write About for NaNoWriMo

I took a different path. I participated in NaNoWriMo in 2014, but didn't manage to do much else than create a fiction-world.

I skipped 2015 because I was seeing a girl I really liked.

This year, I hacked out a story in the fiction world (52000 words and change). I went by the lunar month instead of November (still 30 days and only 2 days out from each other this year). I let the thing sit for a week, then went back to start teasing at the weave of storylines.

(note: stop counting words at this point, as massive cuts and edits make negative word counts that hurt my soul).

Unfortunately, every possible story in this fiction-world is assserting itself. I'm up to 70000 words with no end in sight (I have an ending, but it just keeps getting further away).

Come to think of it, this is exactly how the fiction-world got created in the first place.

This year I skipped it . And last year.

I do think that somewhere in my little brain cage I thought that if I got fifty thousand words together in the same general vicinity and in the same time zone, I"d  have written a novel. I'd be legit.

My first, I took to kinkos and had it bound with the plastic loopie thing so I could "edit" my novel.  It cost a surprising amount of money. So the second year I think i skipped that. It felt really good to have something to edit. BUT. To say I had something to edit, would be kind of like saying  I had the ingredients for a good salad. What I ended up with was a dumpster of rotting produce  with a few interesting, unrecognizable blobs of something to try to sort out...preferably with a steam fitted pressure washer.

I may do it again sometime, never say never, and it did get me past a certain reserve about putting words on a page without thinking. Maybe that is a good thing sometimes. Kudos to theri literacy program. Thanks for the nice column. gsr.

I found it really helpful for getting words churned out. A lot of good nuggets spontaneously appeared because I wasn't trying to dig them, I was trying to type dammit type!!!!

@postpomo. I get exactly what you are talking about. Even though I did not have a novel,  i sure did have some characters that have lived with me since then, and appeared in other places and projects. Plus....now that i think about it, if you are putting that many words on a page in a day you become well acquainted with all your little handy tricks and habits, and begin to see there is another level to aspire to...so who knows, what if NaNo didn't exist, I could not say that I had put 100,000 words down. Now I can...If I do it again, i may approach it differently. Writing for a month solid until you fall out of the chair cannot be all bad, right? gsr

I've participated in Nano for the last 4 years and have had the good fortune of winning (if we've officially changed the meaning of winning to 'doing the bare minimum') all four years. The first year I wrote a story that I liked, but I was excited about producing so I just shelved it and kept writing other stuff. The next November I wrote a story that I haven't deleted, but I'm going to add a clause in my will that whoever finds it on my computer and deletes it first gets more than everyone else. The third year I wrote another story that I liked and shelved. This year, though, I decided to try something different and, just like tip #2, decided to rewrite the story I wrote the first year from scratch.

It was a terrifying and daunting task. It felt like I was cheating. It felt like I was throwing away an entire month of writing and just pissing all over an already decent story. But, what I had to tell myself was that no one was foaming at the mouth for me to release a decent book or any book for that matter. I didn't need my $0.35 from Amazon for the tens of copies I would sell so that my kiddos could eat. I had time and if I believed in the story, then I owed it the effort to do it right.

In many ways, it was easier than I thought it would be. The main characters had been in my head for four years so I didn't have to second-guess them. The bones of the story were there so I didn't have to wander into unknown territory with each page. And like Max suggested, only the best parts of the original story stuck with me. At the end of the day, I'd say the rewrite is considerably better than original. On top of that, it was fun reconnecting with familiar characters and taking them places they hadn't gone before. There's still a shit ton of editing to go, and only time will tell if I end up with something worth a reader's time, but I'm glad I did it.

TLDR: Suggestion #2 is a good idea. I think.

This is why it's important to read ALL the directions before starting on a project. I got to step three and realized I'd completely forgotten everything, and had nothing left to send to publishers but the ash/dirt of my burnt/exhumed/unedited manuscript. Still, that should work, right?