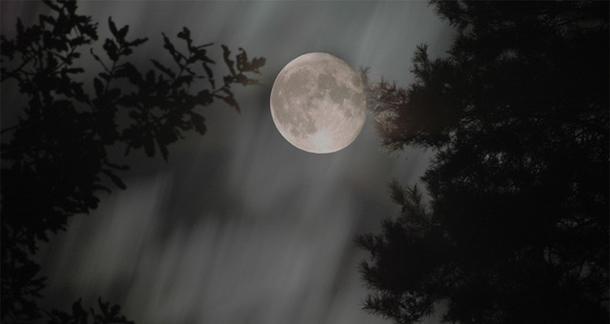 It's that wonderful time of the year again. Halloween is upon us. And while old horror flicks and movie marathons are a staple of the holiday, nothing gets you in the right mood like a book. Time to snuggle up on the couch, grab a spooky read and descend into darkness for a little while.

Now, I'm sure you've got plenty of horror novel recommendations. But that's not what we're here for. We're looking at the novel's little brother: non-fiction.

There's a lot to choose from, between historical accounts of tragedies, folklore, true crime and everything in between. Here are a few different offerings. 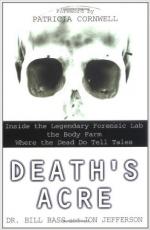 1. 'Death’s Acre: Inside the Legendary Forensic Lab the Body Farm Where the Dead Do Tell Tales' by William Bass and Jon Jefferson

A memoir by a forensic anthropologist responsible for the creation of the first Body Farm (essentially a facility where decomposition is studied). The book is about the cases that led to the need for such a facility, but also cases that were ultimately solved thanks to the research that took place there.

Fascinating not only for the CSI-style science, but also for the peek behind the scenes of these investigations and cold cases. William's humor helps keep this a light read in between the gory details.

If not particularly spooky, definitely an unnerving book for anybody who finds dead bodies scary. 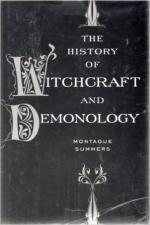 2. 'History of Witchcraft and Demonology' by Montague Summers

This is a book I picked up at a used bookstore when I was a teenager. Montague Summers was a weird priest dude who was a true believer in the supernatural and the occult (or maybe he just pretended for publicity, but who cares, really?). Published in 1926, the writing style would feel right at home in the late 1800s, but don't let that stop you. The fact that the author seems to not only believe, but often claims to have witnessed events featuring anything from witches flying to vampires rising from coffins makes for a spooky read, if you're willing to suspend your disbelief for a while.

Granted, it's not really a scientific approach, but the folklore in these pages is to a large degree authentic and most importantly, pretty grim.

Although back then I was convinced this was some kind of super rare and secret tome, you can grab it on Amazon, along with the author's other books, like The Vampire in Europe, which I might actually like more, just for all the different takes on vampire lore you get to read about. 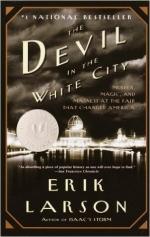 3. 'Devil in the White City' by Erik Larson

A non-fiction narrative about the serial killer H.H. Holmes and Chicago's 1893 World Fair. Holmes is one of the first serial killers in history, with nine confirmed kills (he confessed to twenty-seven). If you watched the previous American Horror Story season (Hotel), the fictional James March is based on Holmes and the hotel where the show takes place is of course inspired by Holmes's World Fair hotel.

The book details Holmes's exploits, juxtaposed with architect's Daniel H. Burnham's work in constructing the World's Fair. It might sound like a strange combination, but I found these chapters just as interesting as the ones about Holmes's shenanigans.

It's still an absolutely terrifying book though. 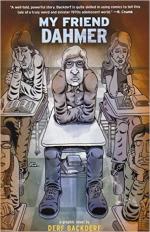 4. 'My Friend Dahmer: A Graphic Novel' by Derf Backderf

Double whammy on the serial killer recommendations, but this one is a comic book (excuse me, graphic novel). My Friend Dahmer is a seriously unnerving look into the birth of one of America's most notorious murderers. Before he was one.

The premise is fairly simple: Derf Backderf went to high school with Jeffrey Dahmer. If you're wondering what a serial killer was like as a teenager, well, this is the book for you. While nobody could possibly imagine what was coming, Dahmer was a deeply troubled teenager nonetheless. Derf recounts stories and events as he heard them or witnessed himself.

For those expecting some kind of deep understanding of Dahmer, this isn't that kind of book. It's mostly random stories about Dahmer and his circle of ''friends'' or as Derf describes them, ''the Dahmer fan club.'' 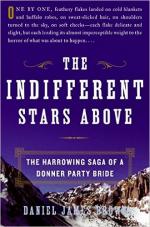 5. 'The Indifferent Stars Above: The Harrowing Saga of a Donner Party Bride' by Daniel Brown

Ah, the Donner Party. There are probably few people that don't know the story (it even shows up in the beginning of Kubrick's The Shining). Still, it's a haunting story. Here's a book that tells it from the point of view of Sarah Graves, a newlywed 21-year old who along with her new husband and her family set off for California, part of the Donner Party.

What follows is the harrowing tale of their trek, through the eyes of Sarah, whose family was the last one to join the Donner Party. Brown actually made the trip himself and did copious research into the events that led to the tragedy.

If you don't know anything about the Donner Party, this is a fine entry. If you do, I'm sure you'll enjoy this one.

That's it from me. What's your favorite scary non-fiction book? Let us know in the comments. We're entitled to a good scare.