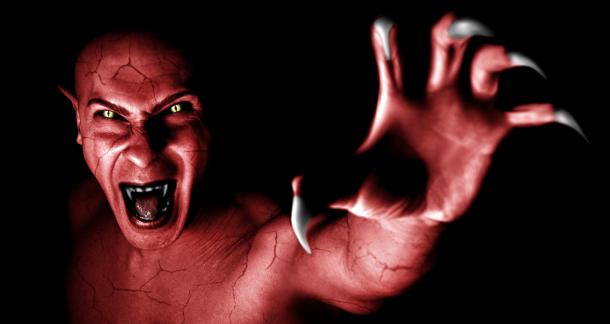 In my last article, I listed five underrated and forgotten creatures that could easily take the place of the trite monsters we see too often in horror fiction. Still stuck on vampires, werewolves and zombies? Here's five more gruesome beasts to stalk your latest pages. 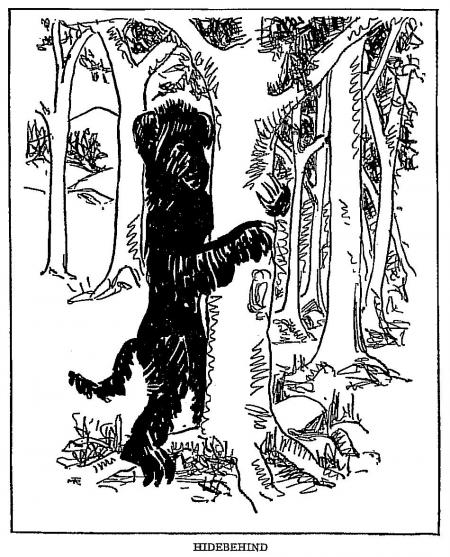 Imagine a homicidal monster that’s always right behind you no matter which way you turn. Such a creature existed in America at the turn of the 20th Century. When lumberjacks failed to return to camp after a hard day’s work in the woods, their disappearance was often blamed on the Hidebehind. Originating in a 1910 mythical bestiary of early logging-camps, this fearsome critter lived in the dense, untamed forests of the American frontier. It would spring upon its human prey and drag their body to its lair where it would disembowel the victim to feast on their intestines. Nasty stuff. Although reported to be exceptionally stealthy, one source mentions a fiendish howl that erupts immediately before it strikes a death blow. Luckily for many writers, this killer creature apparently hates alcohol and will only attack sober victims. Even consumption of a single beer will keep the beast at bay. Descriptions of the monster vary with no consensus on its physical appearance, which makes sense if it's always hidden from those who encounter it. This convenient omission gives you free rein to describe it however you like. Now get writing, and don’t look behind you! 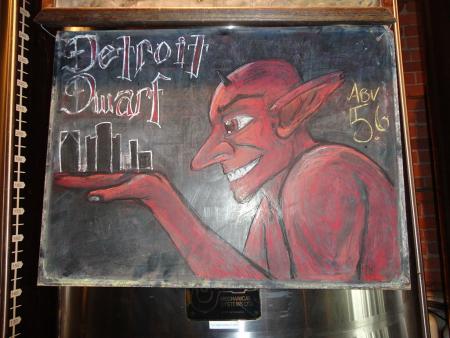 While most people are familiar with the Jersey Devil, Detroit's Nain Rouge is little known outside of the Motor City. With "blazing red eyes and rotten teeth," this impish figure is alleged to have appeared right before many of the city's worst moments — the Battle of Bloody Run, the 1967 riots, the massive 1976 ice storm, and the 2004 blackouts. No one seems to agree on whether the demon causes these disasters or is merely a forerunner, but most concede that he looks like a cross between Hellboy and the Green Goblin. The origins of the creature have been attributed to Native Americans, French settlers and everyone in between, but the first published mention of it occurred in Marie Hamelin's 1884 book, Legends of Lé Detroit. Nain Rouge, which is French for 'red dwarf,' has broken into the mainstream consciousness in recent years after lingering in obscurity for over a century. In her latest novel, Broken Monsters, author Lauren Beukes mentions this forgotten monster as a possible culprit for a series of crimes. Marvel Comics recently introduced a villain named Nain Rouge in one of its series and the television show Lost Girl has had a recurring character based on the demon for several seasons. Since 2010, Detroiters have been gathering by the thousands every March 26th to drive this wily demon out of their town with a parade and ceremony. Every city needs a Nain Rouge! Grab your pen and create a monster that only appears before terrible events, or an evil spirit on which to blame the ills of a downtrodden community. Or tell the real story of this misunderstood figure. 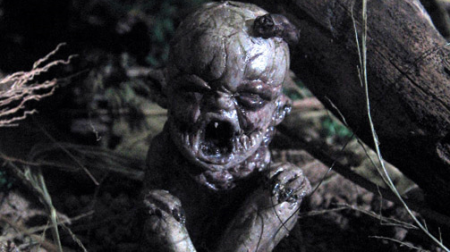 You are walking alone at night on a deserted street when you hear a baby crying. An infant lies face down on the ground and there are no other adults in sight. As you pick up the child to see if it's injured, you notice something strange about the child's face. Before you can react, it attacks your face with its razor sharp claws and tears your eyes and throat out. The lesson here — never pick up an unattended baby while visiting the Philippines because it could be a Tiyanak. These terrifying vampiric shapeshifters from Filipino folklore assume the form of wailing babies to lure in unsuspecting victims. According to several online sources, the monster's other hobbies are luring tourists to their death in the jungle and kidnapping small children. The only way to prevent an attack from the creature is to turn your clothes inside-out prior to picking up the child. This is apparently amusing to the little devil and he laughs rather than cries. Fireworks and other loud noises will also drive these monsters out of an area. For the record, if you're looking for horrifying mythical beasts and ghouls to haunt your manuscript, the folklore of the Philippines has some of the weirdest and scariest creatures I've ever encountered. 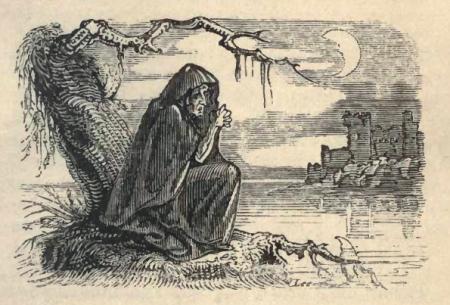 I know what you're thinking. Everyone has heard of this Irish myth, right? The concept of a lone woman appearing to predict the death of a person is an ancient idea and variations exist across the Celtic cultures. The Scottish also have Bean Nighe, who can be seen washing blood from the clothes of the soon-to-be-dead in nearby rivers, and the Caoineag, whose mournful cry causes death to all who hear it. But very few people are writing about them in fiction. During my childhood, my Scottish grandmother was obsessed with forerunners and Gaelic folklore. When our local cinema screened the now-forgotten Disney classic Darby O'Gill and the Little People (1959), my father took me to my first film in a theater. Tame by today's standards, it kept me up for weeks with its screaming banshee summoning the cóiste-bodhar, a death coach with undead horses and a headless rider, to claim the life of the feverish heroine. The banshee can be beautiful, hideous or plain. The choice is yours. Get your notebook and bring her into the modern era, or dive down the wormhole into Celtic myths and folklore in search of her spooky companions. 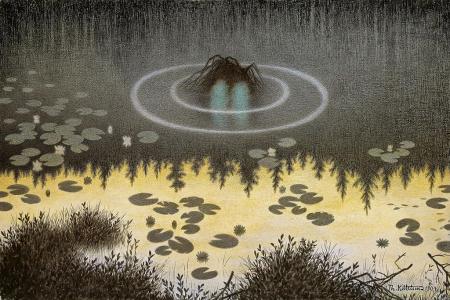 This deadly shapeshifter, also known as a näcken, or a strömkarlen, is a Scandinavian creature that lives near fresh water. This evil spirit takes the form of a horse or a human in order to lure people into an unsafe area such as thin ice or dangerous currents. Once trapped, the victims are pulled down into the water where the Nøkken holds them hostage forever. Next time you're swimming in a murky lake, think of all the dead people trapped at the bottom, reaching up for your toes. Variations on this story and similar counterparts in European folklore have him playing a beautiful melody on an instrument such as a violin to attract his prey. Depending on the permutations of the myth, dropping various items into the water — steel, drops of liquor or blood, powdered tobacco — will appease the spirit and spare one's life. And to say his true name once you are in his clutches will destroy him forever. Perhaps you could write a story about a river that causes more drownings than most, or a lake where people die after falling through the ice every winter could be a twisted Nøkken at work.

Again, if none of these monsters get your skin crawling, dig deep into the folklore of another culture or region to find a monster that does. Or mine your own imagination to create something truly scary for us to enjoy. Say it with me now: “I will not write about zombies, vampires or werewolves for the next three projects.” Please leave any new and exciting monsters you discover in the comments below!