5 Benefits of Using a Typewriter on Your First Draft 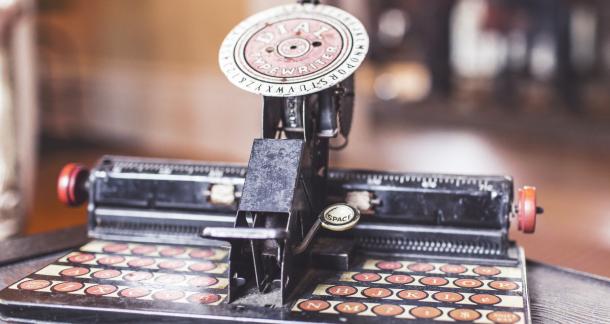 I've sat here for an embarrassing amount of time debating how to begin this article without sounding like some kind of hipster douchebag, and I finally decided there’s no way of avoiding it, so fuck it, here we go. If it helps you to envision a fedora atop my head as you read this, go ahead, I won’t be upset.

I’ve been using a typewriter lately to knock out my first drafts, and I’m loving every moment of it. If you’re struggling with getting the words on paper, I highly recommend giving a typewriter a shot. They’re not too expensive on eBay, or you could probably find an even cheaper one at a yard sale or flea market. 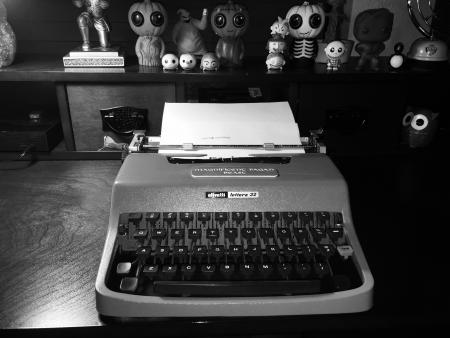 It is an Olivetti Lettera 32. Yes, it is the same kind of typewriter Cormac McCarthy has famously used for the entirety of his career. Yes, the previous sentence makes me sound even more like a hipster douchebag than you thought possible. Don’t worry. I’m sure I’ll say something even worse by the time this article is finished. I rarely let my readers down.

Here’s five reasons why you should consider a typewriter for your next first draft:

If you’ve mastered ultimate willpower, then feel free to skip this article, you magnificent god. But if you’re like me and extremely weak when it comes to screwing around on the Internet instead of focusing on something productive—hi, welcome, you’re not alone.

Here’s my dilemma: often, when writing, if I get stuck on a sentence and let my brain sit too long without producing new words, I’ll decide to hop over to social media real quick to see if anything entertaining’s going on. An hour later, I still haven’t returned to my Scrivener file. I’ve fallen into an evil portal of adorable cat photos and videos of a man covering famous songs with the lyrics of Smash Mouth’s magnum opus. I know, the simple solution is to just not go online, but I’m incapable of beating the desire to click refresh when it’s so readily available. Sometimes I’ll use an app on my Mac called “Freedom”, which does help quite a bit, but it’s so easy not to enable the app. Hence why I prefer a typewriter. It’s impossible to do anything with it other than its sole purpose: to write. I can’t pull up porn or Netflix or Twitter. I can only type.

A typewriter allows you to get deep and personal with your writing in ways you never thought possible.

Sure, there are other devices you can use. I used to devote myself to alphasmarts, but I eventually gave up after multiple instances of the machines randomly resetting while typing and erasing all of my work. I also frequently write longhand, but sometimes it’s nice to change things up.

And yeah, the Hemingwrite (now called the Freewrite) supposedly exists, and yeah, it looks pretty cool, but fuck the Freewrite and its $500 price tag, and fuck anybody who can afford to buy it. You disgust me.

Many writers prefer to take their time on the first draft. They’ll inspect each sentence before moving on to the next, often going back to previous paragraphs and fiddling with them when stuck on what to write next. There is absolutely nothing wrong with this method. I tend to do the same—but I prefer to avoid editing until I’m completely done with the first draft. With a typewriter, there’s no moving your cursor back up the page to highlight certain sections and revise. What’s written is written. Typewriters force me to continuously move onward until I’ve finished what I have to say. It also influences me to choose my wording more wisely and really analyze how I form each paragraph, which is more important than we often realize.

03. The Noise Will Turn You On

I have to admit something: I am young enough to have known computers my entire life. I didn’t grow up being forced to use typewriters. I imagine if that had been the case, then this article would seem like blasphemy, and I completely understand that. Why the hell would anybody want to purposely write on one of those goddamn things?

Well, to me, typewriters are these weird, cool machines full of inspiration. They’re different than anything else I’m accustomed to using, but more importantly, that click-clacking noise they make is sexy. Nothing turns me on more than the steady machinegun fire of a typewriter during a steady flow of uninterrupted writing.

Lately I’ve been trying something different in a desperate attempt to not be such a fat piece of shit. I’ll bring my typewriter next to our treadmill, and start writing. As soon as I get stuck on what to write, I jump up and start running on the treadmill until the next couple sentences concrete into my skull, then I stop and knock them out and as soon as I’m stuck again, I repeat the process. Since I’m a disgusting monster, I’m drenched in sweat almost immediately. With the typewriter, I don’t have to worry about my gross liquids ruining the machine. I can practically attack the thing with my fists and it’ll still survive. With the typewriter, every time I write it’s like going to war. There’s no concern for a sensitive keyboard. There’s a sweet, wonderful catharsis in just beating the shit out of a machine.

01. Your Work Will Improve

The best thing about using a typewriter or notebook is you will be forced to retype it all into a computer. You will have no choice but to closely examine every sentence and rewrite the entire story. It is almost guaranteed the writing will improve in the second draft. A typewriter allows you to get deep and personal with your writing in ways you never thought possible.

Next time you get stuck, maybe give it a shot.You never know what’s going to work for you until you try it.

And this should go without saying, eliminate Nanowrimo. It doesn't help. I can't write when people are expecting me to.

Do you think I play the piano when people look over my shoulder? Then don't do it to writers.

Uhm, you can afford Hemingwrite on SSDI. Don't complain to me about being poor.

Are you a hipster douchebag? I have been wondering for a number of months now who this hipter is that everyone refers to. So far I have no idea because no one has actually characterized said  hipster. Are you the hipster then? So a hipster is a guy who writes with the same typewriter as Cormac McCarthy. I have the same typewriter that Woody Allen worked(s) on. I use a computer keyboard these days and do not know if I could go back to the whacking and hacking, but I would if I had to. I love the smell of typewriter ink.

As a computer keyboard addict, for the ease and flow of the letters, the case for writing first draft with a manual typewriter has a few compelling points in it's favor. SLOW THE FUCK DOWN might be the most compelling possibility.

I've been wanting to buy a typewriter for years. Your article motivated me to buy a Royal Safari from eBay. I've yet to receive it but I'm so looking forward to it.

Question: They don't really make typing paper anymore so do you just use multipurpose printer paper?

Yup. Printer paper works. It might be thicker than you like, but you can find thinner paper if it bothers you.