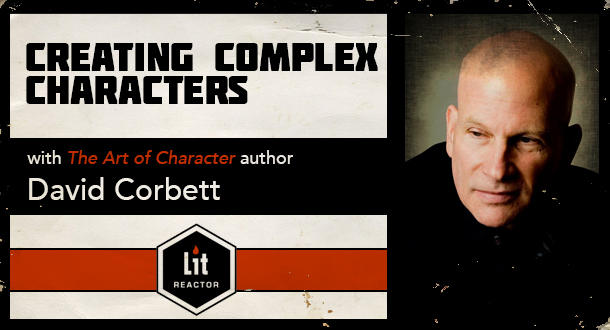 Your Instructor: David Corbett, author of THE MERCY OF THE NIGHT

The Art of Character: Creating Memorable Characters for Fiction, Film, and TV, published by Penguin Books, has earned a ton of accolades—every one of them deserved.

He's also written incredibly rich characters in novels like The Devil's Redhead and Blood of Paradise. And he's an immensely-talented teacher, with the ability to deliver writing lessons in a clear, in-depth manner. Here at LitReactor, he's taught several rounds of The Craft of Character, a hit class that consistently sells out.

In this class, students will explore how to bring real human depth and complexity to their characters by conceiving backstories through life-altering scenes, rather than lifeless information. They will learn how to move beyond role—protagonist, opponent, sidekick, conscience figure, love interest, etc.—to the personal characteristics that make fulfillment of that role not just possible, but necessary. They will also learn to identify the key backstory issues that will generate the story questions crucial to a compelling narrative arc.

Because you can't sustain a book or a story without compelling characters. Vivid settings are good. Clever plot twists can keep people engaged. But if your reader can't identify with your characters, can't find something to project themselves on to, the game is over before it's started.

David's writing assignments will guide you in putting your new skills into practice, and his detailed review and insightful analysis of your work, in addition to helpful critiques from your classmates, will solidify your command of the material. In addition, opportunities for questions and discussion will be available throughout the course.

It’s not a character’s appearance that matters, but how that appearance influences his action in the world and his relationships with others.

Moments of extreme helplessness forge the character’s deepest understanding of who he is, what he can or can’t do (and why), and thus create the core elements of story.

The character’s family, friends, work, religion, etc., situate him in the story world and identify his “tribe,” setting the parameters of who he can trust, who he shuns, and why.

* Each week will include writing assignments designed to help you put your new skills to the test—assignments that will be critiqued by both David and fellow students. There will also be opportunities along the way to ask questions—both about the course material, and writing-related subjects.

"I've now taken a second class with David, and found he continues to be generous with both the knowledge he provides and his feedback on the work. He's sharp eyed and perceptive, and I've found his guidance invaluable." —Dale C.

"Every one of David's classes has been profoundly enlightening; they all lead to that unique event all writers aspire to—a breakthrough. In my line of work, TV production, I often hear the expression "character-driven". It's become a mantra and, well, nobody knows what it really means. I was a bit vague about it until I read his book The Art of Character. It all became clear after that. It's also what convinced me to sign up for my first class at LitReactor and finally invest in my own writing. David's guidance, experience, and dedication have given me the confidence and mindfulness needed to start thinking about character—the essential element in creating good fiction. But David's no-holds barred critiques and in-depth teaching have also instilled in me the most precious reward of all: love of craft. No gift is greater than that and I have David to thank for it." —Hugues D., LitReactor student

"David Corbett is a fantastic teacher. I was fortunate enough to attend three workshops with David at the San Miguel Writers Conference, and they were outstanding. Rave reviews from all who attended. When I saw he was offering an online workshop on The Craft of Character through LitReactor, I jumped at the opportunity to study with him again. I am so glad I did. David's comments on my characters and scenes were thorough, insightful and full of concrete suggestions that I could implement immediately. The improvement in my WIP was dramatic. I can't believe how much I learned in such a short time. If you want to push your writing to another level, take his classes." —Jane R.