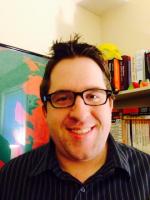 Sean May on Amazon.com