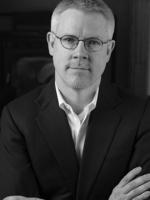 Jim Baker is a journalist, editor, and the author of the novel THE EMPTY GLASS (Blue Rider Press), which he also adapted as a screenplay for Winkler Films. His journalism has appeared in Condé Nast Traveler, US Weekly, People, Real Simple, and Time Out New York. He has profiled the likes of David Lynch, Clive Barker, Frank Rich, Robert Redford, Michael Connelly, and David Cronenberg. His article about the conspiracy theories behind the JFK assassination is featured in the upcoming THE DAY KENNEDY DIED: LIFE REMEMBERS THE MAN AND THE MOMENT.