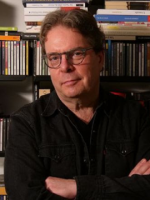 Douglas Kennedy is the author of fourteen previous novels, including the international bestsellers The Big Picture, The Pursuit of Happiness, Leaving the World, and The Moment. His work has been translated into twenty-two languages, and in 2007 he received the French decoration of Chevalier de l’Ordre des Arts et des Lettres. Most recently, Douglas has created a masterclass that focuses on the craft of writing. He divides his time among London, New York, and Montreal, and has two children.