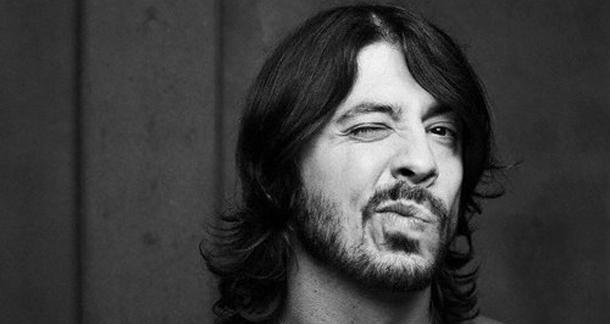 2011 could easily be called “The Year of Dave Grohl" because these 365 days have been all his.

The founder and frontman of arena rock titans the Foo Fighters, Grohl began the year watching his band’s seventh studio album, Wasting Light, easily saunter into the number one slot of the Billboard 200 chart. That tends to happen when you sell over two hundred thousand copies in the first week.

And what is a rock star without a tour? Grohl led his band across the planet in 2011, pausing only to pick up “Best Alternative Rock Band” in November’s 2011 American Music Awards.

Fans who missed the Foos on tour found solace in the release of Back and Forth, the critically-fellated Foo Fighters documentary that charts the band’s career through the recording of Wasting Light.

Then Grohl’s “other” band resurfaced, as Nirvana celebrated the twentieth anniversary of the release of their sonic smart bomb, Nevermind, which has sold over thirty million copies to date. It is unknown how many million ratty thrift store sweaters the album has sold.

Nirvana fans also rejoiced over the high definition DVD release of the band’s historic 1991 Halloween show at Seattle’s Paramount Theater, the show that captured the precise moment when the band stepped onto the tail of their comet. There in the back of the stage, far out of the spotlight, Dave Grohl pounds away on his drums, oblivious to the incomprehensible fame and fortune he would soon find in not one but two separate bands.

It is therefore fitting, if not mathematically inevitable, that the year close with the release of a new Dave Grohl biography. This is a Call: The Life and Times of Dave Grohl, by UK rock journalist Paul Brannigan, is the first serious attempt to place Grohl and his body of work in the context of rock history. Relying on a long-standing personal relationship with Grohl, Brannigan incorporates years of interviews with a comprehensive range of sources to deliver a thoughtful and entertaining rock biography that easily stands among classics by the likes of Mick Wall, Nick Kent, and Neil Strauss.

Grohl’s tenure in Nirvana is the book’s highlight, with a cavalcade of revelations that go far beyond simply telling that band’s story. Brannigan debunks long-held myths about both frontman Kurt Cobain and the dynamic of the band as they blew up and then imploded.

For example, Cobain’s legacy sees him celebrated as a reluctant artist- a talented, tragic figure who wrote songs as if he were constitutionally incapable of holding the music inside. Cobain is typically viewed as loathing fame and its material trappings, grudgingly accepting stardom as a price to be paid, rather than a goal to be pursued.

This is a Call treats these perspectives in much the same way that science treats creationism.

Grohl offers that not only was Cobain eager to be recognized as a great musician, but that he wanted to be regarded as the greatest songwriter of his time. Stunningly, Grohl reveals that Cobain once approached him and Nirvana bassist Krist Novoselic, demanding that they renegotiate the distribution of publishing royalties much further in Cobain's favor. Specifically, Cobain insisted that the three-way split be modified to send 90% of the publishing rights to him- retroactively.

But this is no hatchet job of either Grohl or Cobain, and Brannigan’s treatment of the impact of Cobain’s death on Grohl is captivating. The author goes beyond parroting postmortem quotes-- he describes the systematic and complete physical transformation that Grohl undergoes when even considering the loss of his friend. It is a pulverizing, eye-opening window into Grohl that reveals far more than his words ever could.

Nirvana acolytes will salivate as Grohl opens up about the intense songwriting and recording sessions for both Nevermind and In Utero, and the eviscerating effects of overnight superstardom on the band’s relationships with each other and the outside world.

Discussion of Grohl’s time in the Foo Fighters spans the band’s seven albums, delving deeply into the personnel changes, their ascent to commercial primacy and the tension and anxiety that fuel their creative processes. Front and center is Grohl’s mercurial relationship with Foos drummer Taylor Hawkins, who emerges as a brother figure to Grohl as much as a band mate. It is this relationship which yields the book’s biggest bombshell.

In 2000, Hawkins suffered a near-fatal overdose, the circumstances of which have always been murky and which are not clarified in this book. The big reveal is that Grohl admits that upon learning of Hawkins' OD, Grohl considered walking away from music for the first time in his life. This is an explosive admission coming from Kurt Cobain’s drummer.

Ample consideration is given to Grohl’s life before Nirvana, from his boyhood bands, through his stint in Washington D.C. hardcore band Scream, to side projects such as Queens of the Stone Age and Them Crooked Vultures.

Brannigan, ever the rock journalist, goes far beyond simply telling stories-- he prefaces the key periods of the book with engaging essays on how various musical movements grew, what the attitudes were that informed those movements and how they fit into the rock and roll landscape. Before addressing Grohl’s entry into Nirvana, Brannigan issues a concise exposition of Seattle’s post-punk music culture and how it birthed the grunge movement. Likewise, Brannigan’s history of the American hardcore movement erects an essential framework for understanding how Grohl acquired not simply his talents, but his punk rock sensibilities and DIY work ethic.

Impeccably-researched, thoroughly entertaining, and packed with rich new insights, This is a Call will enjoy a place among the absolute best music biographies of the past twenty years.

Joshua Chaplinsky from New York is reading a lot more during the quarantine December 14, 2011 - 1:31pm

Although I haven't loved the music he's been putting out with the Foo Fighters recently, Dave Grohl still gets respect. I saw that Back and Forth doc and it just confirmed what I already suspected- that he's the nicest rock superstar in the world. He just seems so cool and down to earth. Plus, he's a kick-ass drummer. His drumming on Queens of the Stone Age's Songs For The Deaf alone grant him a lifetime pass.