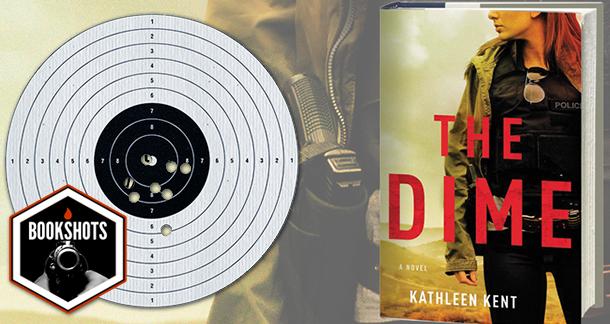 The first chapter of 'The Dime' is some of the most intense crime fiction I’ve ever read. Kent understands how to open up a book.

A New York-raised detective struggles to adjust in Dallas as she investigates a strange narcotics case spiraling further out of control every day.

Betty Rhyzyk, a detective born and raised in New York who moves to Texas. She’s tough as nails and takes no shit from anybody, which comes in handy considering a good majority of Texans aren’t particularly kind to gay people, which Betty happens to be.

When I took a Greyhound from Indiana to San Antonio at age 18, I spent several hours at a Dallas bus station in the middle of the night as I waited for my next bus. It smelled like piss and everybody wanted to use my laptop and I was convinced I would be stabbed at any moment. I’ll always associate Dallas with that night. So no. Dallas can go to hell.

“Riz, this is just so Texas. Plenty of paper making it legal to shoot someone, but not a permit in sight to legally rub one down.”

When I first read up on Kathleen Kent, I admit I was hesitant to try out The Dime. Kent is mostly known for historical fiction, but The Dime was advertised as hardboiled crime. So yeah. I didn’t have the most confidence going in. But I can say this: within the first page, Kent had me sold. The first chapter of The Dime is some of the most intense crime fiction I’ve ever read. Kent understands how to open up a book. How to immediately command control of her readers’ attention.

After chapter one, however, I’m afraid things take a mind-numbing halt, and the story takes a very long detour before picking back up again. There are many instances throughout The Dime where Kent loses her momentum and the story drags, but when she regains her confidence and steps on the gas pedal, things really start to fly.

If depicted correctly, the setting of a book can be just as big of a character as its people, and in The Dime Kent successfully portrays the city of Dallas, Texas in such a way that the reader truly feels for it. I admire the little Texas-oriented details Kent sprinkled through the novel and I’m sure other Texans will also appreciate them. Wait. Did I just call myself a Texan? Gross. I’ve only been in the state five years now, but still. Gross.

If you dig intense crime thrillers with unpredictable twists and witty dialogue, I highly recommend you pick this one up. I enjoyed it for the most part. I just would have maybe preferred less drawn out scenes in police stations consisting of story-board dialogue. I feel at times Kent maybe treated her readers like they were a little too stupid to pick up on plot points. Have more faith in your readers. You will be surprised with how well they can follow along.