UPDATED WITH WINNERS! Win an ARC of "Sip", The New Novel by Brian Allen Carr 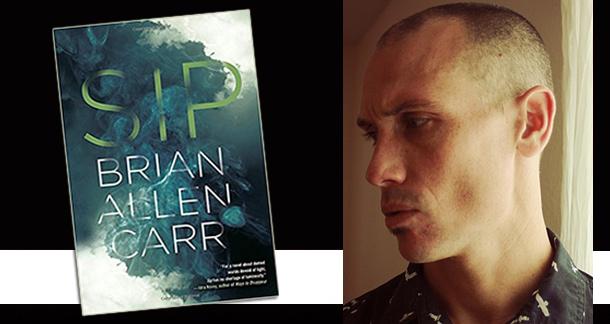 Congrats to Camille Sadler and O'Brian Gunn! You've both got signed copies of Sip coming your way. Thanks to everyone who participated, and don't forget to pick up Sip on August 29th.

Attention free book lovers! We've got two ARCs of Brian Allen Carr's latest mindbender to give away. It's called Sip, and it's a post apocalyptic yarn that takes place in a world where people get high by drinking their own shadows. Yes, it's as nutty and inventive as it sounds.

For those of you not in the know, Brian is the author of The Last Horror Novel in the History of the World and Motherfucking Sharks (both from Lazy Fascist Press, and both motherfucking excellent, in my opinion). Sip is his first full length novel, and it comes out August 30th from Soho Press.

Two winners will be chosen at random and announced next Wednesday. Now tweet like the wind! And good luck!