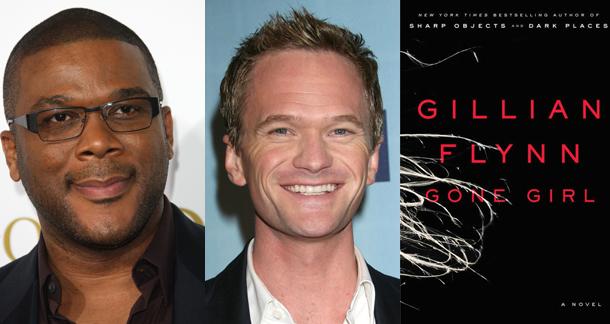 Those of you eager to know who besides Ben Affleck will be in David Fincher's upcoming adaptation of Gone Girl needn't wait any longer. SlashFilm reports that Rosamund Pike (The World's End, Jack Reacher) will play the titular character, AKA Amy Dunne, wife to Affleck's Nick. As Pike is a relatively unknown face, she'll add balance to her co-star's fame. Plus, she fits Gillian Flynn's description of the character almost too well.

Additionally, Tyler Perry—yep, that Tyler Perry—will appear as Tanner Bolt, Nick's "scumbag" lawyer. This may raise an eyebrow or two, given increasingly low marks for Perry's work in the Madea movies, but if you've read the book, this casting makes perfect sense, as Tanner Bolt provides a bit of comic relief with his scumbaggery.

Neil Patrick Harris also joins the cast. His character has not been revealed yet, though I suspect he'll be playing Desi Collins, one of Amy's ex-boyfriends (and a super-creep). Again, if you've read Flynn's novel, you know NPH will fill Desi's shoes quite well.

Last but not least, relative newcomer Carrie Coon will play Nick's sister Margo ("Go" for short). Kim Dickens (Treme, Friday Night Lights) and Patrick Fugit (the kid from Almost Famous) will play Detectives Boney and Gilpen, respectively. These last two seem a bit younger than their prose counterparts, but I'm not too worried about that.

So there you have it. Aside from smaller roles (like, say Amy's parents), that's your Gone Girl cast. I feel Fincher was an excellent choice as director, and I trust his casting decisions. What do you think?

Joshua Chaplinsky from New York is reading a lot more during the quarantine September 6, 2013 - 9:03am

Affleck aff-sucks, even in good directors' films. See: Terrence Malick's To The Wonder and Affleck's own Argo. Tyler Perry's films are said to suck, but the only thing I've seen him act in was Star Trek, so who knows. NPH gets the thumbs up!

Palmer from THE THING is said to be cast as Amy's father per IMDB.

I don't see Tyler Perry in the scumbag lawyer role too clearly, but I wouldn't shoot down the performance before I saw it. Affleck is good for his role, right, though, because the character is kind of an insufferable twat anyway?

I'd love to see this movie, hoping they can improve upon the already good story with some solid hollywood flashiness. Things are looking optimistic, what with David Fincher's track record of some damn fine adaptations.

I don't see how they can pull off the journal entries in a movie because they were so important to the book. I really want to see this.