UPDATE: Two Dollar Radio have two weeks left on their IndieGoGo campaign. This is a cool project, so head on over and check it out.

One of LitReactor's favorite indie-publishers, Two Dollar Radio, is getting into the talking picture business. They have launched a micro-budget film division called Two Dollar Radio Moving Pictures. The announcement was made last night, at a Brooklyn Book Festival after party. From the press release:

Currently, three screenplays have been optioned and are in pre-production. The details, along with the principal participants of each of the three projects, and teaser-trailers for two, will be revealed over the course of the first week of the campaign, beginning Tuesday, September 24.

They are attempting to raise $50,000 to fund the endeavor, via an IndieGoGo campaign. Their aim is "not to fund one or two projects, but our entire film division." They are offering an array of cool perks, with contributions from Two Dollar authors such as Joshua Mohr, Grace Krilanovich and Karolina Waclawiak.

Publisher and Editor-in-Chief, Eric Obenauf, had this to say:

I believe that we’ve demonstrated a knack for producing work that is distinctive, singular, and culturally resonant, all traits we’re striving for with our film division.

Check out their campaign video below. These guys have put out some great books, and we are excited to see what they do in the medium of film.

Best wishes to Two Dollar Radio. These folks have guts. 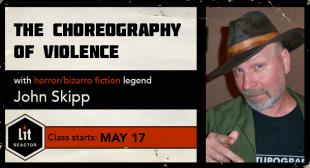