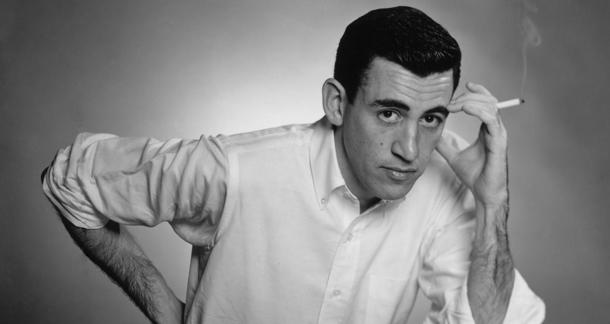 Deadline Hollywood broke the news yesterday that the trailer for Shane Salerno's upcoming documentary Salinger has finally been released. I must say, the film looks absolutely fascinating, and I'm eager to see it. Check it out below.

According to Deadline, Salerno spent around $2 million of his own money to finish the film, so it's a true labor of love. The trailer hints at interviews with J.D. Salinger's friends and family, plus celebrity admirers Tom Wolfe, John Cusack, Edward Norton, Martin Sheen, and Danny Devito, amongst others. There also seems to be some kind of intrigue or mystery behind Salinger's famous reclusiveness. Looks pretty cool.

Who's excited for this documentary? Even if Catcher in the Rye isn't your bag, I think the film will surely be captivating.

I'm totaly into that. And if you're looking for a facinating read on Salinger, try this-

In Search of JD Salinger.