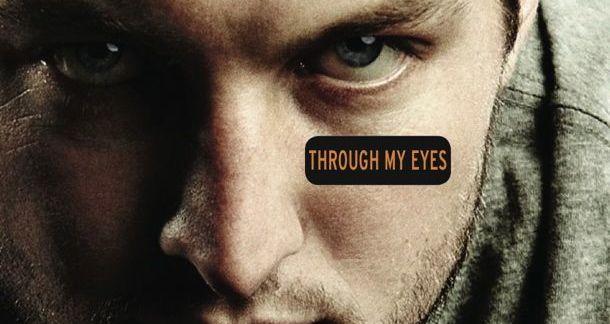 I'll admit up front that I did my fair share of smack-talking on Tebow.  The kid had shitty throwing mechanics and I didn't really care for the whole Christian athletes of America vibe.  He wasn't pretentiously annoying like Chad Ochocinco, but there was something about all the fanfare that got under my skin.  In fact, a lot of people gnashed their teeth at the idea of this guy being Denver's proverbial Neo.  I didn't see it.  Like a lot of people, I didn't believe.  Then Tebow Time happened.

Miracle #1: Pretty much every NFL commentator and analyst labeled this kid as a joke.  Imagine that for a second: all of these experts and players (both former and current) predicting your failure.  Then the kid starts pulling wins out of his ass like magic.  Okay, fine, he's getting a ton of help from his kicker, but still, six out of eight ain't bad at all.  Now everyone is changing their tune.

Miracle #2: What started out as a cheesy sideline ritual of Tebow kneeling down and going into Zen mode is now one of America's favorite pastimes.  Yep, you guessed it: Tebowing.  Aren't you glad for Tebowing?  There's a certain dignity to it, unlike planking.  Ol' Timmy Tebow has even become an Internet meme in the process, which you can check out here.

Miracle #3: Bestselling author.  Yeah, I'll say that again: Tim Tebow is a bestselling author.  Seriously, check it out over on Amazon.  Does it upset you that he's beating 1Q84 and The Art of Fielding?  Is Tina Fey scratching her head and wondering why her book is getting trumped by a quarterback?  Are you fuming over the idea that the kid is on a five-year $11.25 million dollar contract, so whatever book money he's making is basically chump change?  Scream rage amongst yourselves.

Now you're probably wondering why the LitReactor staff even bothered to cover this.  Well, if you've been paying attention to our columns then you already know we'll dish on anything (no matter how unorthodox) if it can help you sell books.  Just in case you missed it: Tebow is just another example of having an author platform.  You may be a bit miffed by it, but you have to appreciate the odd turns the world of publishing can take. I've become convinced that anyone can compete, whether you're an MFA graduate, a comedian, and yes--even a quarterback.  In fact, Tebow's book Through My Eyes now has 475,000 physical copies in circulation.

Also, make sure to check out this SNL skit if you haven't already.  No word as of yet if Tebow is amused or offended by this.

One thing I'm curious about is did Tebow actually write it, or did he use a ghost writer? If he's the author, then I feel a bit more respect for him. However, if it was just a ghost writer...

Joshua Chaplinsky from New York is reading a lot more during the quarantine December 23, 2011 - 1:12pm

Well, he did have a HOLY ghost writer!

I've never seen a football player get so much crap before, not even Michael Vick. But Tebow gets it every time i turn on the tv or computer and it's just because he's a Christian. Pitiful.

Dwayne from Cincinnati, Ohio (suburbs) is reading books that rotate to often to keep this updated December 23, 2011 - 10:38pm

Sad that he gets made fun of for it, but it's just how things are.

This makes me think: why should I try to get an MFA.

Jason C from Quad Cities, Iowa is reading Growing Up Dead In Texas by Stephen Graham Jones December 24, 2011 - 12:40am

I'm all for the increase in running quarterbacks. Yeah, maybe they'll have a shorter career, but it's fun to watch and it catches the defense off-guard all the freaking time. Even if they wise up and start planning to guard against the QB run, that will leave the defense less focused and the offense with more choices.

What? Tebow wrote a book?

Joshua Chaplinsky from New York is reading a lot more during the quarantine December 24, 2011 - 8:54am

Hetch Litman from Somewhere in the mountains of the Pacific Northwest is reading The Violent Bear it Away by Flannery O'Connor December 24, 2011 - 9:51am

Even rappers thank God though but I don't see Jesus drinking gin and juice in Heaven.

EricMBacon from Vermont is reading The Autobiography of a Corpse December 24, 2011 - 10:54pm

Next book: How to sometimes win in ten throws or less.

edsikov from New York by way of Natrona Hts PA is reading absolutely nothing December 28, 2011 - 10:41am

It's the treasure trail.

Joshua Chaplinsky from New York is reading a lot more during the quarantine December 28, 2011 - 10:55am

@Ed: Hahaha. That picture is so beefcake.

Dwayne from Cincinnati, Ohio (suburbs) is reading books that rotate to often to keep this updated August 15, 2013 - 6:27am

Can someone clean this up?

Joshua Chaplinsky from New York is reading a lot more during the quarantine August 15, 2013 - 7:23am

Cleaned. I appreciate how concerned you are about the tidiness of the comments on this old-ass Tim Teabow news post, Dwayne.

Dwayne from Cincinnati, Ohio (suburbs) is reading books that rotate to often to keep this updated August 15, 2013 - 7:31am