Thomas Piketty's 'Capital': What The Cool Kids Are Reading 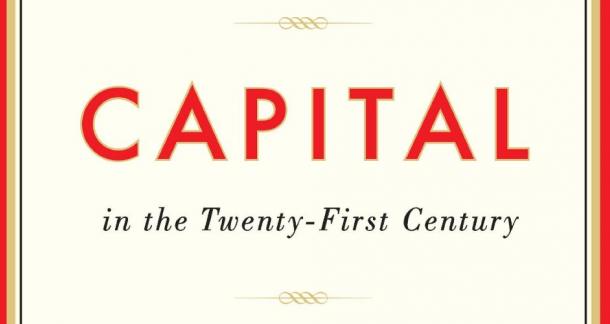 Let's play a game. Which book seems the most out of place on Amazon's bestseller list?

The Fault In Our Stars, tapped for a movie and written by bestselling author John Green.

Heaven Is For Real, the true story, which is also currently a movie in theaters, of a boy who sees heaven.

Oh, The Places You'll Go, The Dr. Seuss classic that makes the bestseller list every time graduation season rolls around and estranged aunts are scrambling for gifts.

Capital In The Twenty-First Century, a 696-page, 2.6 pound mammoth of a book regarding the history and future of economics. Oh, and it's written by a French man and translated into English.

Yes, Capital is the leading seller on Amazon at the moment.

It's hard to summarize what the book is really about without an advanced degree in economics. From the description:

What are the grand dynamics that drive the accumulation and distribution of capital? Questions about the long-term evolution of inequality, the concentration of wealth, and the prospects for economic growth lie at the heart of political economy. But satisfactory answers have been hard to find for lack of adequate data and clear guiding theories. In Capital in the Twenty-First Century, Thomas Piketty analyzes a unique collection of data from twenty countries, ranging as far back as the eighteenth century, to uncover key economic and social patterns.

Perhaps the bigger question, what is driving the sales? Harvard University Press, Capital's publisher, reported that the title has sold 80,000 copies in two months, shattering the publisher's previous sales record of 60,000 copies. Why?

Julia Ott, assistant professor at the New School, theorized that people are looking for guidance and explanation after the last economic collapse.

A New York Times article summarized the idea of the intellectual rock star, how every few years a brainy writer or thinker emerges that captures something in the zeitgeist. Not only captures, but personifies it. Indeed, Picketty has attained some level of rock star fame. Considering he's an economist, anyway.

Of course, there's also the idea that once something becomes the thing, people jump on board. A few days ago the book had only 57 reviews on Amazon despite being a bestseller. It's since climbed to a more respectable 251 reviews. To put that in perspective, The Fault In Our Stars boasts over 13,000 and Heaven Is For Real has more than 8,500. It forces the question of how many people have actually read Capital and whether it could become a temporary War & Peace or Infinite Jest, that book people carry around until they either give up or move on.

If you're not ready to take it on, Huffington Post has collected some of the better 1-star reviews of Capital. The phrase "heap of child molesters" being a shining example of internet trolling at its best.

"It's hard to summarize what the book is really about without an advanced degree in economics."

Really? I haven't read it, and probably won't because it isn't fiction or journalism, but it has gotten a fair amount of attention in the Danish media, and as far as I can tell, it's an exploration and "explanation" of the well known, but-first-now-proved, thesis that the rich people get richer and poorer people don't - that capitalism doesn't actually help minimize income equality. Correct me if I'm wrong though.

Community Manager
helpfulsnowman from Colorado is reading But What If We're Wrong? by Chuck Klosterman April 29, 2014 - 4:08pm

You know, the big thing I left out here is that I'm certainly not aiming to minimize the book or its message. The hyperbole was all about highlighting the unusual nature of this book's appearance on bestseller lists. From most accounts it appears to be a very good book, and the fact that it's such an anomaly is somewhat of a sad statement on society, if one chooses to see it that way.

"I'm personally uncomfortable attempting a summary of this 700-page book without an advanced degree in economics."