The Rumpus to Start Sending You Letters In the Mail 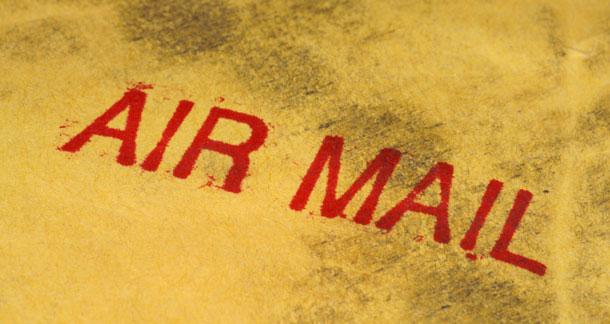 When was the last time you got a letter in the mail that wasn't a bill or a solicitation from Time Warner pushing home phone service (even though you've specifically told them "I've got a cell. Quit sending me these.")? Can't remember, can you? Well, the good people over at The Rumpus are about to refresh your memory.

Their new subscription service called 'Letters in the Mail' is a weekly print run that will put you on the receiving end of letters from such authors as: Marc Maron, Stephen Elliott, Janet Fitch, Nick Flynn, Margaret Cho, Cheryl Strayed, Wendy MacNaughton, Emily Gould, and Jonathan Ames.

That's not too shabby of a line-up, if I do say so myself. Maybe Mr. Ames will humor his Bored to Death fans with a little detective piece.

No telling what's going to be in these letters exactly, but that's part of the appeal. Each week you'll get a surprise in the mail. "Think of it as the letters you used to get from your creative friends, before this whole internet/email thing," says The Rumpus. And at $5 a month, these puppies are dirt cheap.

Head on over to The Rumpus to subscribe to Letters in the Mail.

So they write personalized letters to each writer or a form letter to everyone?  That's confusing. Plus if they were to write each person individually, what if they get like 100 people writing to them?  This seems like a strange idea.

Campbell from New York is reading Websters Dictionary January 4, 2012 - 9:27am

Sadly, I would toss that along with everything else I get. My reflexes for junk mail supercede any curiosity.

I kind of have doubts about this idea.

I mean, I don't know how the person who came up with it started his or her thing.

It just seems to not make too much sense.

How did this person already get the okay from these writers that they'd send their letters?

Why would it only cost $5 per person?

And as the person stated in their thread responses, it would be one letter to a bunch of subscribers, so it wouldn't be an actual "letter" letter- you'd get a facsimile anyway.

Maybe the person who came up with this idea had started with a novel and intriguing idea and just didn't know how to back it up or keep it going. I'm not going to be paranoid and say "It's a con." Really I wouldn't know.

But this does seem like a really disorganized plan for a subscription thing.