The Newest Kindle Might Be The Ultimate "Me Time" Device 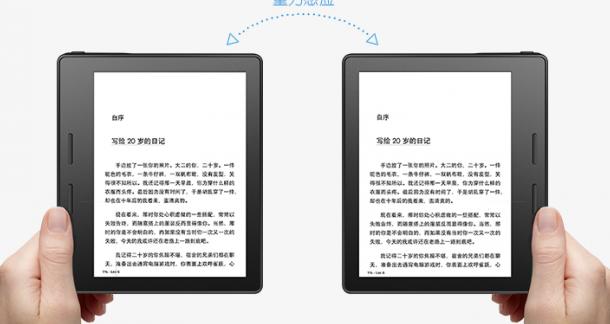 Between some leaks and some sleuthing, the internet has discovered a few things about the newest Kindle.

Amongst confirmed facts, the display will be, well, awesome, 300 PPI, which is the same as the Kindle Voyage, but the new Kindle will be about 27% lighter than the Voyage.

In addition, the new Kindle, which is being called "Oasis", will have a slightly different layout which makes for some good one-handed reading.

One of the other big features being touted is the 20 month battery life. Yes. You could charge your Kindle Oasis, conceive a child, and not open your Kindle until the kid's first birthday, and that Kindle would STILL have about 10% of its battery life left.

Finally, perhaps most exciting, are the rumors that this Kindle will be waterproof. Kobo and Barnes and Noble have both added waterproofing to some of their eReaders, but Amazon has yet to jump on the train with that one. However, the waterproofing of Kindle Oasis is still unconfirmed.

When you stack all the potential features together...one-handed use...waterproof...high resolution...well, a whole new world of reading erotica in the shower seems to be opening up. Oasis indeed.

Joshua Chaplinsky from New York is reading a lot more during the quarantine April 13, 2016 - 12:31pm

Honestly, waterproof would be huge. I always want to read in the tub, but don't want to ruin my books, and I'd never risk reading my Kindle.

This is exactly what I’ve been wanting, thank you so much for getting it for me. saç ekimi fiyatları , saç ekimi istanbul