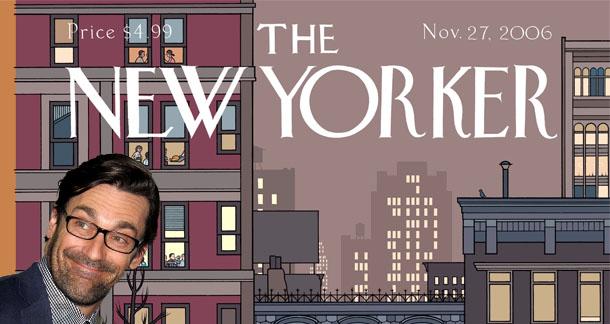 The New Yorker has released an iPhone app! And they introduced it with a video starring Lena Dunham, Alex Karpovsky, and the most handsome man ever, Jon Hamm. Sure, Dunham should probably get the most credit here, because she wrote and directed the short, but still. Hamm.

Styled like a late ’80s late-night talk show (hosted by Hamm), the spot features Girls stars Dunham and Karpovsky explaining how to use the app. ...

This isn’t the first time Conde Nast has employed actors to show off its apps. The iPad edition of The New Yorker features a guide starring Jason Schwartzman.

Jon Hamm should be in everything. The app looks cool, too.

Jon makes me feel strange in my crotchal region and I'm a guy.

The New Yorker certianly knows how to build and promote an app. Kudos to their team for such an amazing work. appvalley download tutuapp download tweakbox download

Wow, Really great article i enjoy it very much here I appreciating your knowledge keep sharing kindly check it out uno game rules