The Fall Of Arthur: New Epic Poem Coming From Tolkien 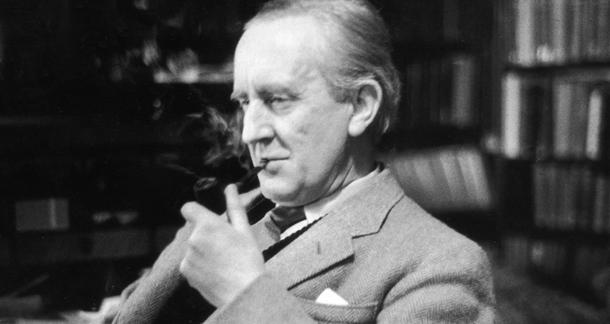 Want more Tolkien? Well, you're about to get it, as HarperCollins’ UK division will be printing his previously unpublished epic poem, “The Fall of Arthur” in the spring of next year. In this work, Tolkien imagines how the legendary King Arthur spent the last days of his life. A HarperCollins rep talked it up, saying,

Powerful, passionate and filled with vivid imagery, "The Fall of Arthur" reveals Tolkien’s gift for storytelling at its brilliant best. Originally composed by J. R. R. Tolkien in the 1930s, this work was set aside for The Hobbit and has lain untouched for 80 years.

They did warn that it takes place completely outside of the Lord of the Rings universe, so if you're looking for wizards and talking trees: look somewhere else.

Want a little taste? Here are the opening lines of the poem:

Arthur eastward in arms purposed
his war to wage on the wild marches,
over seas sailing to Saxon lands,
from the Roman realm ruin defending.
Thus the tides of time to turn backward
and the heathen to humble, his hope urged him,
that with harrying ships they should hunt no more
on the shining shores and shallow waters
of South Britain, booty seeking.

Couple this with The Desolation of Smaug hitting theaters on December 13, 2013, and Tolkien fans have a lot to look forward to in the coming year.

All I can say is hmmm