The Book That Brought Down The Body: Jesse Ventura Wins $1.8 Million In Lawsuit 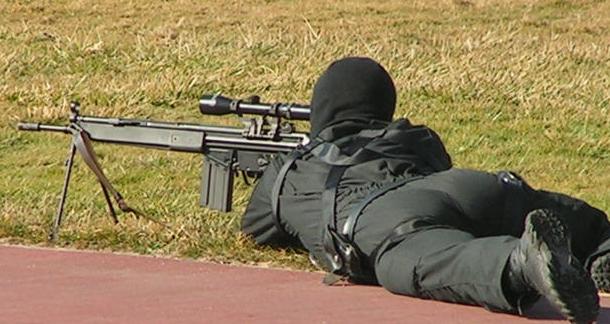 What happened, and why is it such a big deal?

Kyle claimed he punched Ventura, knocking him to the floor after Ventura made several negative comments about former President George W. Bush, the United States, and the Navy SEALS in a California bar in 2012. Ventura's responded by saying that none of these claims are true, he'd never met Chris Kyle, and Ventura ended up deciding to file a lawsuit against Chris Kyle for defamation of character.

Most are probably familiar with Ventura, whether it be through his various TV appearances, his political career, or his turn as the mustachioed "sexual tyrannosaurus" in Predator. Fewer are likely to be familiar with Chris Kyle, however.

Kyle claimed to be the deadliest sniper in U.S. military history with 160 confirmed kills and 255 claimed kills, statistics that have been neither confirmed nor denied by the U.S. military. After his honorable discharge in 2009, Kyle moved to Texas with his family, and in 2012 his autobiography American Sniper was released. It is an Amazon bestseller in the Biography and Memoir category and has just over 3,000 5-star reviews. One passage in the book describes the incident between Kyle and Ventura.

So, continuing to claim this was entirely false, Ventura took legal action, a move that would have likely been a sleeper story except that Chris Kyle was killed by a fellow veteran at a Texas gun range shortly after the lawsuit began.

All of a sudden, Ventura's lawsuit was no longer against a man, it was against the memory of a decorated American hero who was killed while attempting to help a fellow soldier through his PTSD. The lawsuit would not punish Kyle, but his widow and fatherless children.

On the surface, this makes Ventura the bad guy. Especially in light of the $1.8 million awarded yesterday. However, there's more to it.

For starters, Ventura's claim is that Kyle's widow had all of her attorney fees paid by insurance whereas Ventura paid out of pocket. He says that his plans for the money consist of paying off his legal fees.

More importantly, Ventura was a regular attendee of SEAL reunions and events, and he claims that he was no longer welcome after word had spread that he'd badmouthed the organization:

I can't go to a SEAL reunion anymore. That was the one place that I always felt safe. I can't go there anymore. I would be looking over my shoulder now wondering who's going to come after me next. And so, don't think I come out of this unscathed.

In light of the decision, HarperCollins has decided to remove the passage in question from subsequent editions of American Sniper.

It's a very interesting case that has aroused feelings in many. Was Chris Kyle wrong, and what does it mean to claim he was wrong? Does a person ever earn the right to inflate his or her story? What does it mean for Ventura to be right factually, and does this make him right morally?

Well, he could forgo the money, be content with the finding.

If he forgoes the money, then he's out all those legal fees. It's an ugly situation all the way around. Couldn't Kyle's widow have offered a settlement that included the revision of the offending passage?

It doesn't look good because the guy died the way he did, but a lot of it is perception. It's not liked Ventura just sued some retired military guy. American Sniper has sold over a million copies. The memorial edition is still selling well. Kyle and his family are obviously made money on the book. Regardless of what he did in the military or after retirement, you just can't make stuff up about people and publish it.

It really ended up being a no-win situation for Ventura.

@Sofia --- I guess if he's worried about backlash he could either take only enough to cover costs or take it all, pay the firm, then donate the rest to veterans' charities or something.

Definitely a sticky situation all the way around. I think if Kyle was still alive, this situation would be perceived differently. His death is the reason, I think, many people are probably upset that Ventura proceeded with this lawsuit.

But does anyone remember James Frey's Million Little Pieces snafu? I think that was a good example of what not to do when you're working with nonfiction/auto/biographical titles. If you want to label your work as something else, I think writers are within their rights to tell their stories how they'd like. Biographies and nonfiction often pertain to real people and emotions can run high when those stories are told in a potentially skewed light. At that point, I think we writers do need to be careful about what we say about who. I remember reading Jessica Meadow's article a few months back entitled Five Legal Issues All Writers Need To Be Aware Of ; number four stuck with me ever since. Writers take a gamble when we write about real people.

I feel for Kyle's family though. Not only did they lose their husband/father, they had to suffer through a lawsuit that, I'm assuming here, had nothing to do with them in the first place. I'm sure Venture is a financially comfortable man after his years of various public positions so "winning" that money from the family of the deceased will probably cast a negative outlook on him through Kyle's sympathizers. But he's a human being, and has a right to defend his name if someone tries to muddle it. All around just an unfortunate set of circumstances. =\