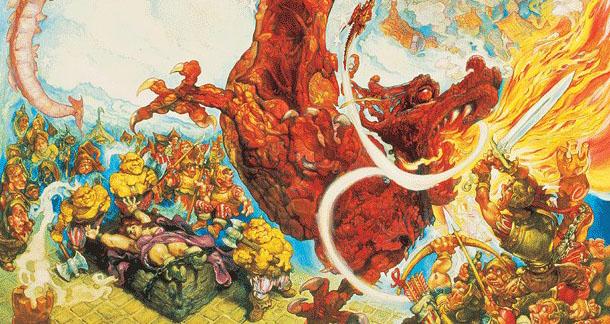 A new iPad app based on Sir Terry Pratchett’s bestselling fantasy universe Discworld is in the works, according to a teaser video posted on the app’s official website.

The app, titled “Discworld: The Ankh-Morpork Map,” is being developed by Transworld Publishers, a subsidiary of Random House, and Agant, the creative muscle behind the recently released Shakespeare iPad apps. Details of the software’s features are scarce at present, but the app is likely to prove popular with fans of Pratchett’s intricate fantasy world.

Dave Addey, managing director of Agant, recently tweeted about the app, saying that details would follow in due course.

Since the release of The Color of Magic in 1983, the Discworld novels have proven enormously popular, selling more than 70 million copies worldwide. Pratchett has written 39 novels set in the Discworld, a flat disc balanced on the backs of four elephants that, in turn, stand on the shell of the Great A’Tuin, a giant turtle.

It seems likely that the app will serve as a guidebook-style companion to the series, and given Agant’s experience and creativity, fans of Pratchett’s work probably won’t be disappointed.

Are you a Discworld fan? What features would you like to see in the app?

This makes me want a Hitchhiker's Guide to the Galaxy app that gives quotes from the book and funny definitions to words and shit like that.

That's the same thing I want in this app.

Pratchett's pound for pound one of the best comedic authors out there, and with over 40 books not many people can out-pound him.

Discworld is an eBook app based on Terry Pratchett’s 38-book fantasy series of the same name. Here you check this https://rubygarage.org/services/react-native-development and get more new ways for software development. It is available for $9.99 from iTunes. The app includes several themes to choose from, and the user can zoom in and out of the pages. Some features include images, characters and a map of the Discworld.

Terry Pratchett, author of best-selling Discworld series, has died. His books have spanned the fantasy genre and touched on various satirical topics. Here you check this Recruitment and training and get learn more steps for Market research. He was known for his witty and light writing style. The new digital app Touch is where the creator of the "Discworld" franchise converts his works into an interactive experience that brings Terry Pratchett's universe to life.