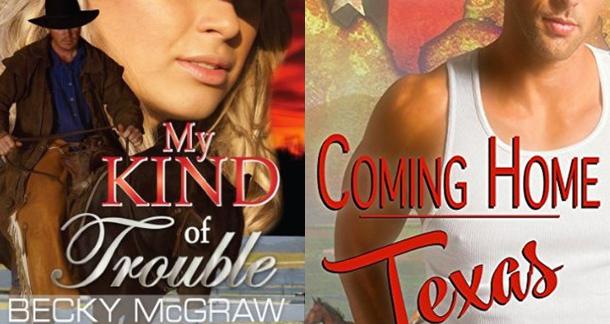 Plagiarism is one of the biggest sins a writer can commit, but that didn’t bother self-published author Laura Harner. Her romance novel Coming Home Texas was recently revealed to be a gender-swapped dupe of Becky McGraw’s My Kind of Trouble, reports The Guardian.

“Her book was almost a word-for-word, scene-for-scene duplication of my book, except the characters’ names had been changed, and short M/M love scenes had been inserted,” McGraw told The Guardian.

Harner’s plagiarism doesn’t stop there. Her Deuce Coop series is eerily similar to Opal Carew’s Riding Steele, only with gender-swapped characters. Since her villainy has been uncovered, she has pulled both Coming Home Texas and Deuce Coop from retailers. McGraw intends to take legal action against the offense.

Hopefully Harner’s two titles are the only works of plagiarism she has in her repertoire—but something tells me romance writers should keep an eye out just in case.

edsikov from New York by way of Natrona Hts PA is reading absolutely nothing October 29, 2015 - 7:37am

Oh, she wasn't plagiarising. She was "sampling."

This is a scary thing for indie authors (like myself) to have to deal with. To get exposure, it's important to send out a lot of advance copies of your work for review, feedback, etc. and you don't always know where it's going to. In most cases, we don't have the 500 bucks it takes to submit your work to esteemed publications, so personally run blogs and sites are the best option.

Thanks for bringing this problem to peoples attention!

How likely is it that someone who "wrote" 75 books in several genres *in the last five years* only copy-pasted the two she's been caught with?

Oh, and her apology on being caught was the biggest non-apology possible.

Apparently "it seems [she] may have infringed [her] ethical standards" (can't imagine why it seems that way, except you've been caught) and "when someone does something so out of character, it's helpful to ask why" - which kind of presupposes it IS out of character, which is currently moot.

The Guardian says so, that must be proof right? Don't get me wrong, it's a vicious world for self-publishers. But it's not a non lawyers right to act as Judge, Jury, and Executioner in this context.